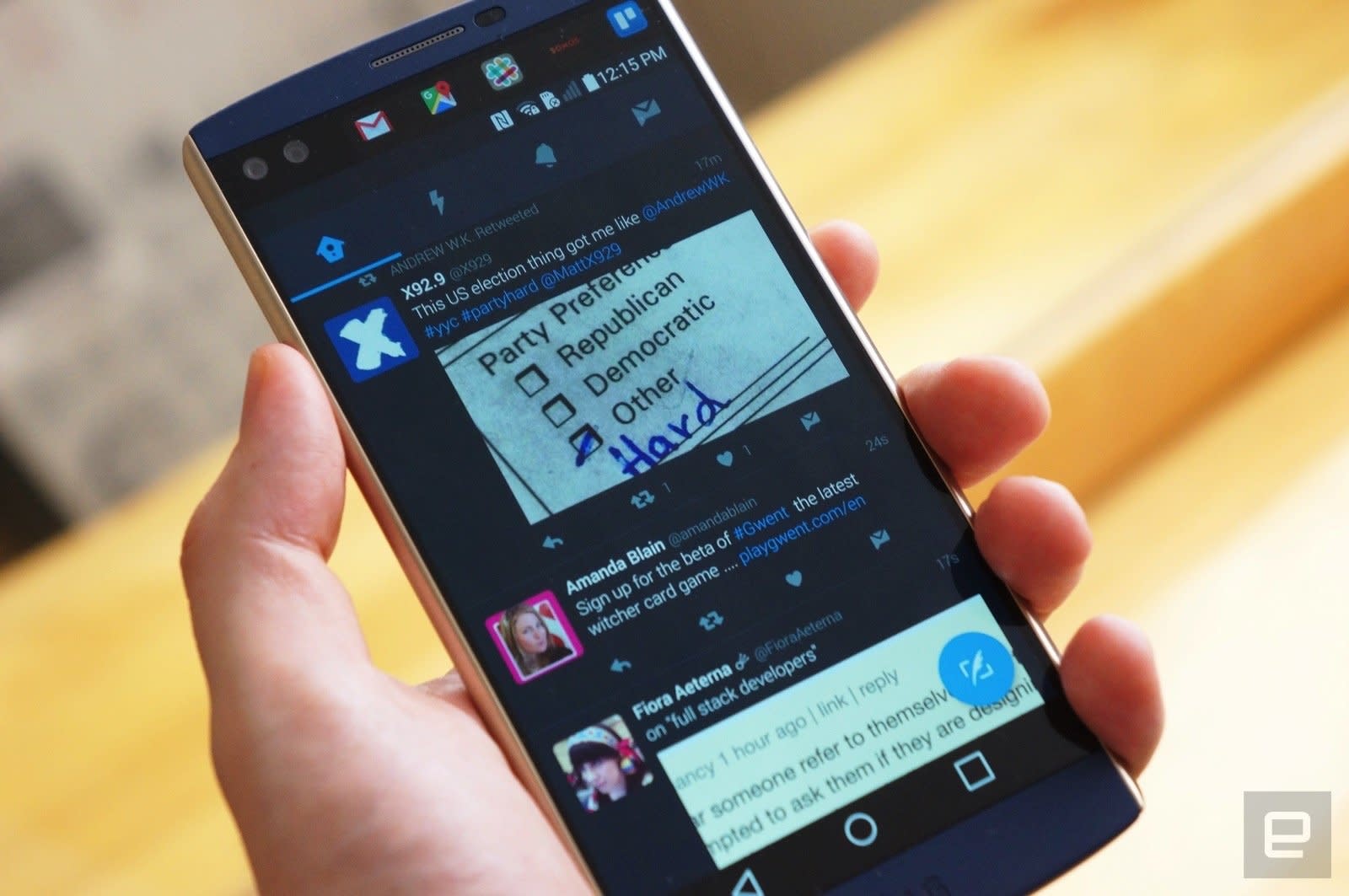 Twitter users on Android might be a little less frustrated that they can't see every emoji if they can't (or won't) upgrade to Android Oreo. That's because Twitter has dropped Android's native emoji and is using its own, open-source Twemoji to display the colorful icons in its app, Emojipedia reports.

The switch does a few things off the bat -- it unifies how emoji look for many Twitter users on Android whether you use the app, Twitter's website or TweetDeck. It also helps more people see every single emoji on Twitter on more Android devices despite their firmware version.

Only six percent of Android users have installed Oreo, the latest edition of the OS, while over a third are working with a version from 2014 or before. Many phones are unable to upgrade to Oreo, and some owners simply don't bother updating the OS on their devices. Since older versions of Android can't display some newer emoji (or phone manufacturers take forever to release updates), many users see crossed-out black boxes in their places.

To roll out Twemoji on Android, Twitter used EmojiCompat, Android's compatibility library that has a feature which absolves developers of the need to use Google's own emoji. More than half of those using Twitter's app on Android 4.4 or newer should now see all emoji, with support for more users on the way this week. If ever there were a time for a chef's kiss emoji, this is it.

I just designed *kisses fingers like an Italian chef* the perfect emoji pic.twitter.com/3ngx2ytWRz

In this article: android, androidoreo, emoji, gear, google, internet, mobile, twemoji, twitter
All products recommended by Engadget are selected by our editorial team, independent of our parent company. Some of our stories include affiliate links. If you buy something through one of these links, we may earn an affiliate commission.