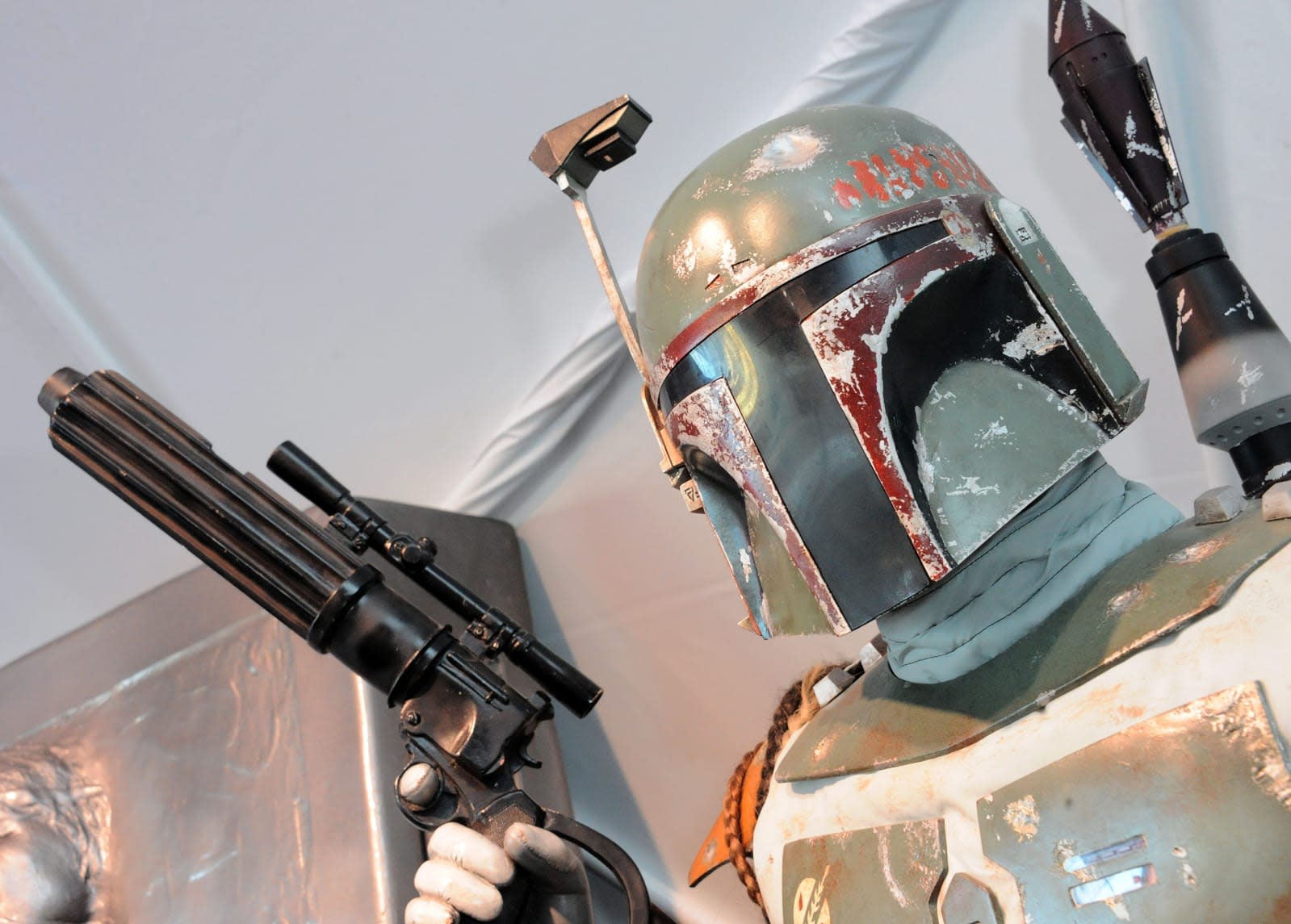 Just as the latest Star Wars Anthology movie, Solo, hits theaters, The Hollywood Reporter says that a movie featuring Boba Fett is in development. James Mangold, who directed The Wolverine before serving as writer and director on Logan will write and direct this movie, while both THR and Deadline report that Logan producer Simon Kinberg is still linked to the project. Fett's character became a fan favorite after briefly appearing in Empire Strikes Back with his jetpack, blaster rifle, grappling rope and distinctive armor before more of his story was revealed during the prequel trilogy.

In case it's unclear -- the parade of Star Wars content will not stop. In addition to at least one TV show headed for Disney's upcoming streaming platform, the company also has other movies in the works outside of the main series including one about Obi-Wan Kenobi and a film series planned with the team from Game of Thrones.

In this article: art, astarwarsstory, BobaFett, disney, entertainment, lucasfilm, starwars, starwarsanthology
All products recommended by Engadget are selected by our editorial team, independent of our parent company. Some of our stories include affiliate links. If you buy something through one of these links, we may earn an affiliate commission.