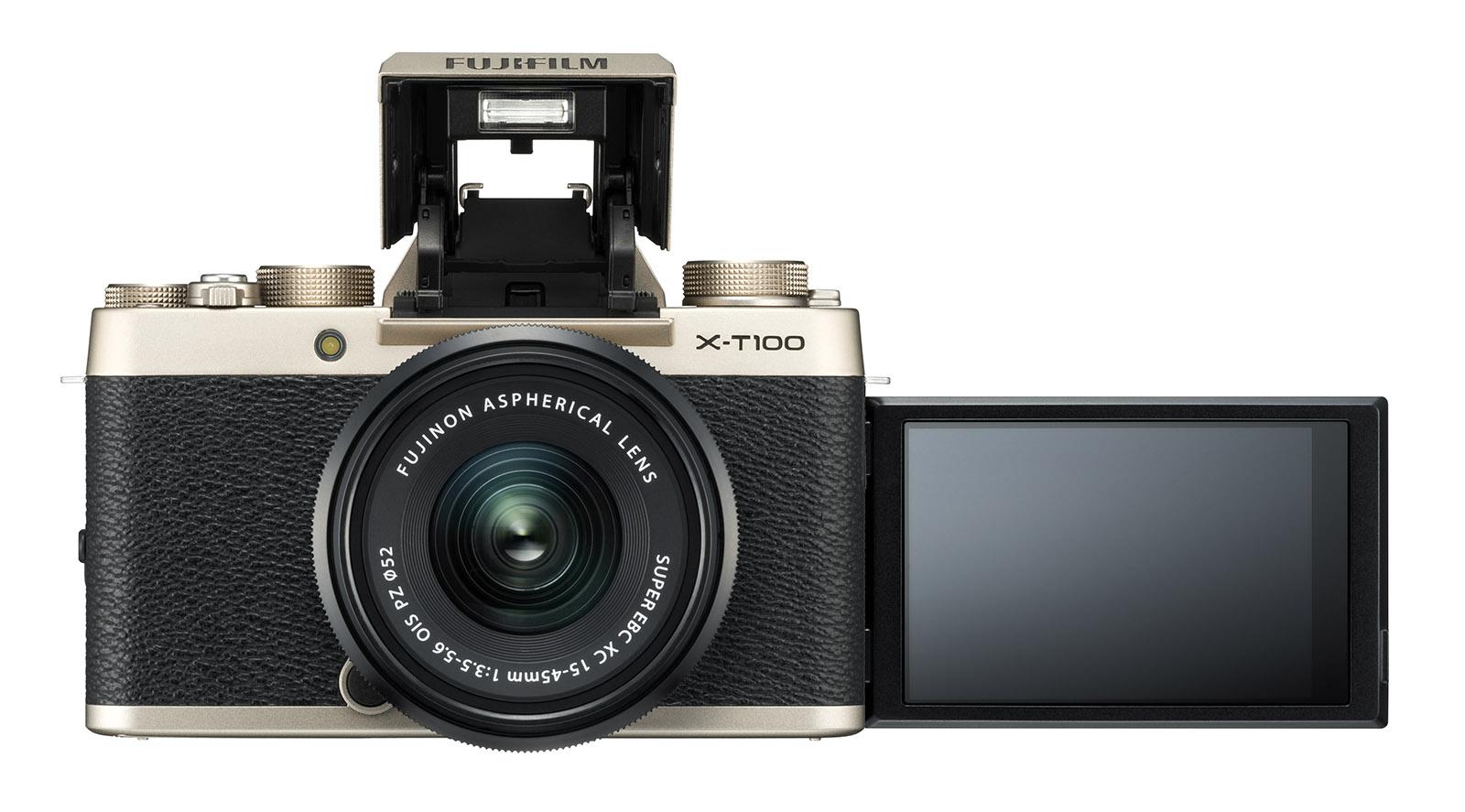 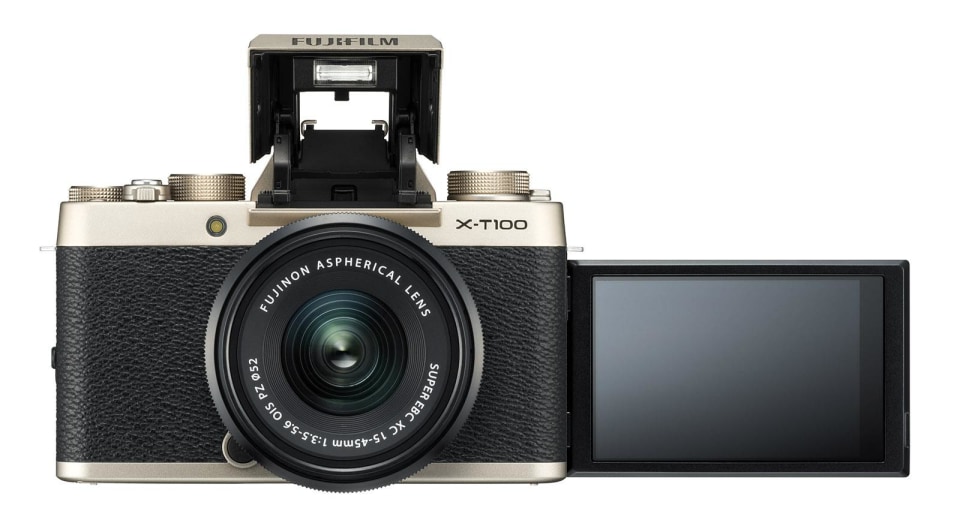 Fujifilm has unveiled the X-T100, an interesting mirrorless camera that's quite similar, spec-wise, to the entry-level X-A5, but looks more like the X-T20. It's one of the few inexpensive mirrorless cameras out there with an electronic viewfinder, great for serious photographers on a budget. Unfortunately, it's not as great for video, as Fujifilm crippled the 4K by limiting it to 15 fps.

While X-T100 looks much like the X-T20, it lacks the front dial and a few other features from that model. Still, you get four dials for tactile control, along with the classic good looks and compact body you'd expect from Fujifilm (it comes in dark silver, black and a surprisingly nice-looking champagne gold, above). Unlike the X-A5, it has a 3-way articulating screen that you can flip around for selfies or vlogging. Other specs, which Fujifilm accidentally leaked all over the internet last week, look pretty nice. It's got a 24.2-megapixel CMOS (not X-Trans) APS-C sensor that provides a wide field of view and works with Fujifilm's lovely X mount Fujinon lenses. You also get 6 fps shooting for up to 26 frames, double the capacity of the X-A5. Most importantly, it comes with a 2.36-million dot resolution OLED EVF, a very nice feature to have on a relatively inexpensive camera. In this article: APS-C, cameras, CMOS, EVF, Fujifilm, gear, Mirrorless, X-T100
All products recommended by Engadget are selected by our editorial team, independent of our parent company. Some of our stories include affiliate links. If you buy something through one of these links, we may earn an affiliate commission.