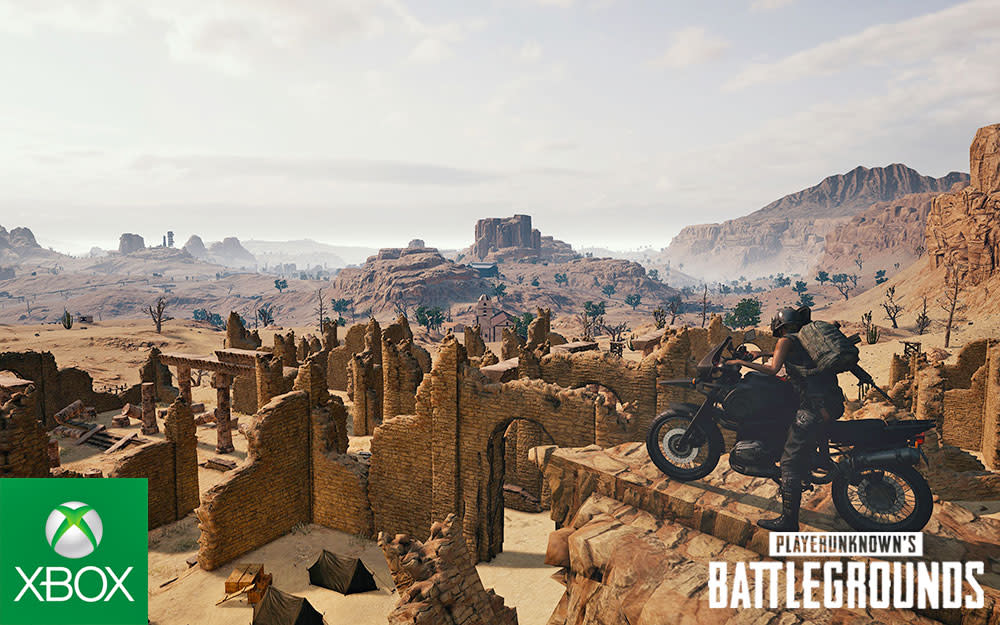 Whether you love it or hate it, PlayerUnknown's Battlegrounds' second map is out of testing and available for all players on Xbox One as of today. If you're a fan of sniping, Miramar, with its focus on open spaces and elevation should be right up your alley. In addition to the semi-fresh play-space, today's patch brings a new revolver, a lever-action rifle and a sawed-off shotgun into the mix, as well as a handful of tweaks for game balance. Not a fan of the new map? Well, you aren't alone in that, but, you can always hope that the PC and mobile version's map selection feature is added in the next patch on Xbox One.

Desert Map. Xbox One. May 24. Plus a title update that improves performance. Drop in here: https://t.co/K6pP7A2tzW pic.twitter.com/NXjsKfhPZa

In this article: gaming, internet, miramar, patch, playerunknownsbattlegrounds, pubg, update, xbox, xboxone, xboxonex
All products recommended by Engadget are selected by our editorial team, independent of our parent company. Some of our stories include affiliate links. If you buy something through one of these links, we may earn an affiliate commission.