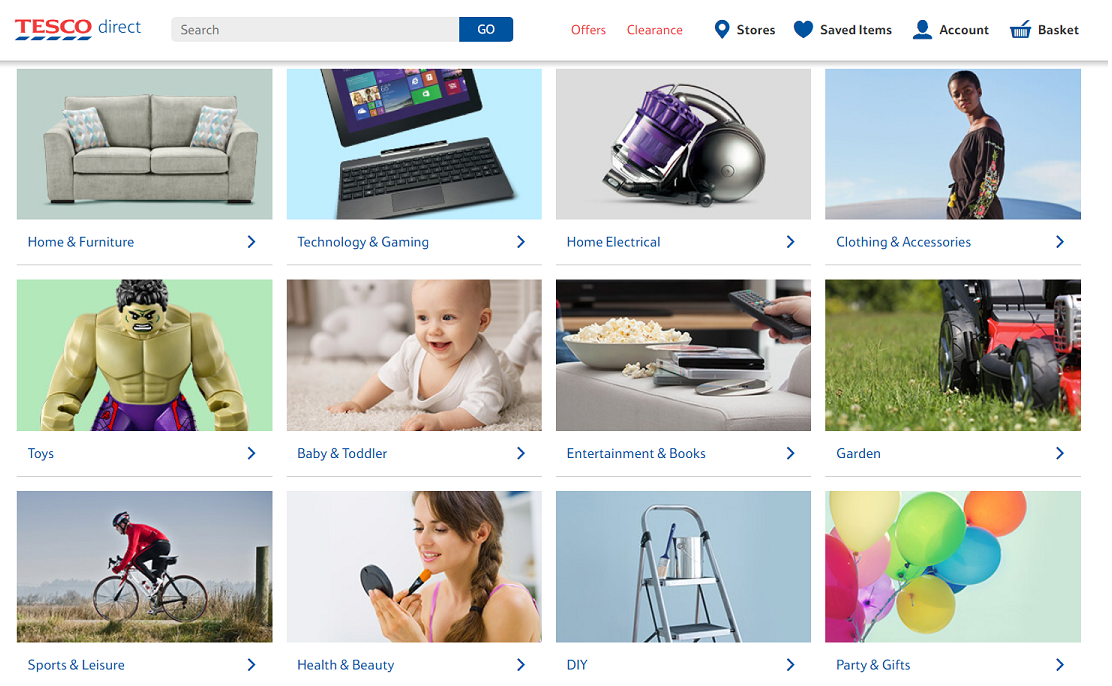 Online shop Tesco Direct -- the non-food outlet of British supermarket Tesco -- will close this summer. The store, which sells electronics, clothing, sports goods and video games has "no route to profitability" according to bosses. The site and its distribution center will close on July 9th, with 500 workers facing redundancy.

According to a statement the site has faced a number of significant challenges, "including high costs for fulfilment and online marketing", which have made the business unsustainable. This isn't surprising. Yes, you might pick up a game or shirt while you're pottering around the physical store doing your weekly "big shop", but even in the face of staunch allegiance to the chain over other supermarket offerings, it's unlikely you'd log on to its non-food site for goods that can be so easily and cheaply picked up elsewhere at the click of a button (hello, Amazon).

Supermarkets have consistently struggled to compete with other digital platforms. Sainsbury's, for example, made a decent effort with its digital entertainment business, but that could never compare with the likes of Netflix.

However, disciples of Tesco Direct and its Clubcard point potential won't be cut completely adrift. UK boss Charles Wilson said the supermarket giant will focus on a single website -- Tesco.com -- where customers can buy both groceries and non-food items. While there's been an element of integration on the site, some products -- such as video games -- aren't yet available here. Presumably they'll arrive when Tesco Direct eventually closes. It's probably worth keeping an eye on Tesco Direct in the meantime though -- this kind of shakeup could well result in some bargains.

In this article: Amazon, business, closure, digital, redundancy, services, shopping, store, supermarket, Tesco, TescoDirect
All products recommended by Engadget are selected by our editorial team, independent of our parent company. Some of our stories include affiliate links. If you buy something through one of these links, we may earn an affiliate commission.