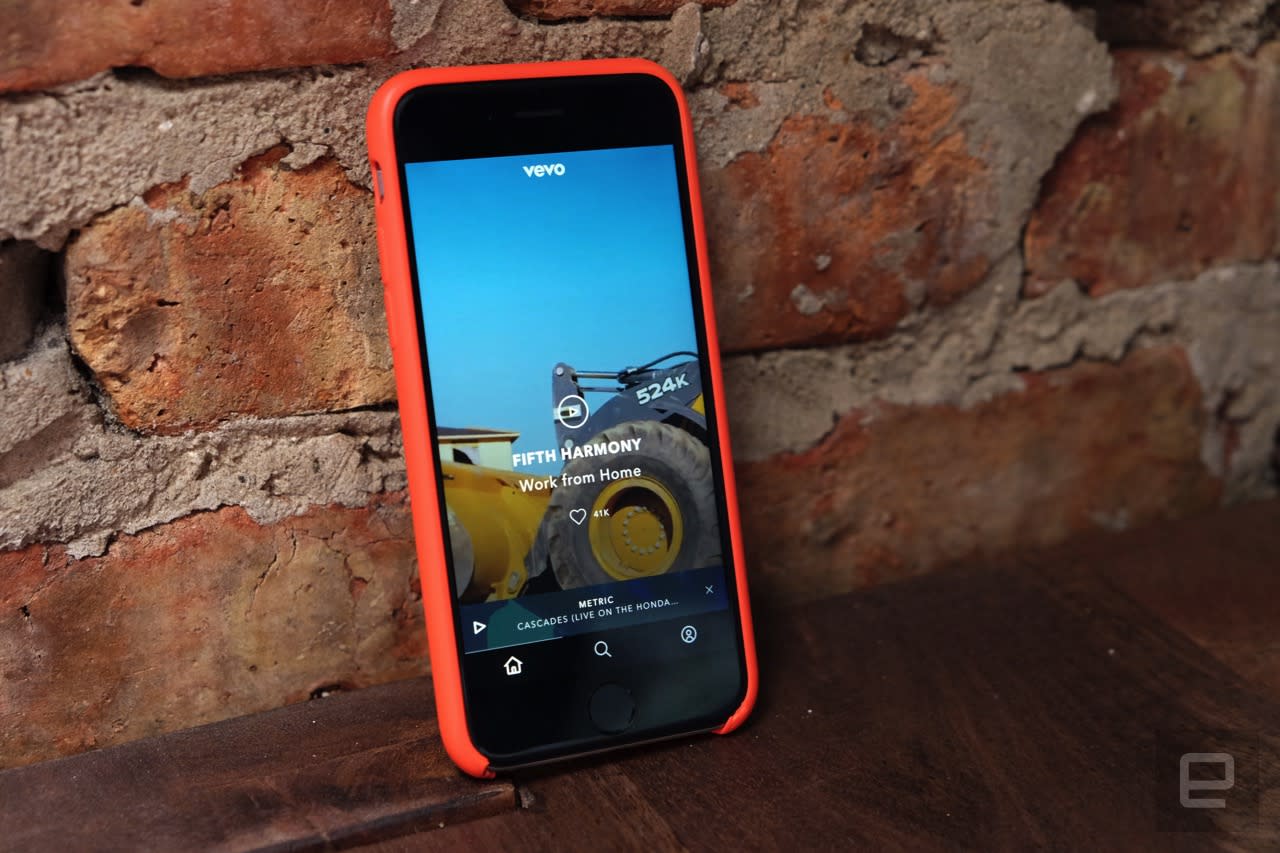 Raise your hand if you used Vevo's apps instead of watching music videos on YouTube. Anybody? That's what we thought. Despite Vevo's effort to grow its brand through apps and its website, nothing quite clicked -- so it's killing them to re-focus on YouTube. Variety reported those who did use Vevo's site and mobile apps can export their playlists to YouTube. The smart TV apps, meanwhile, seem to be sticking around for now.

Vevo, in which Google has a minority stake, spent a few years trying to untangle some of the threads that kept it so intertwined with YouTube. That led to a redesigned site and apps that it positioned as a home for music lovers. It tuned recommendations based on your watch history and likes, and sought to grab viewers' attention by getting artists and music bloggers to curate playlists. Vevo even had a strange Watch Party feature (which let you talk with your pals as you watched videos together) before trying a Total Request Live-style live show. The company aimed to roll out subscription plans too, but that didn't get off the ground.

The app closures follow an exodus of top figures at Vevo over the last six months, including its CEO, CTO and head of product, along with several product and engineering employees. It seems music video programming, advertising (which Vevo will keep selling alongside YouTube's own ads) and original content are the focus areas for the time being. The strategy shift comes just as the paid YouTube Music service launched this week, with YouTube seeking to gain ground in the music streaming space. Going forward, it may be better for Vevo to get a piece of that subscription pie.

In this article: av, entertainment, gear, mobile, music, musicvideos, streaming, streamingvideo, vevo, youtube
All products recommended by Engadget are selected by our editorial team, independent of our parent company. Some of our stories include affiliate links. If you buy something through one of these links, we may earn an affiliate commission.