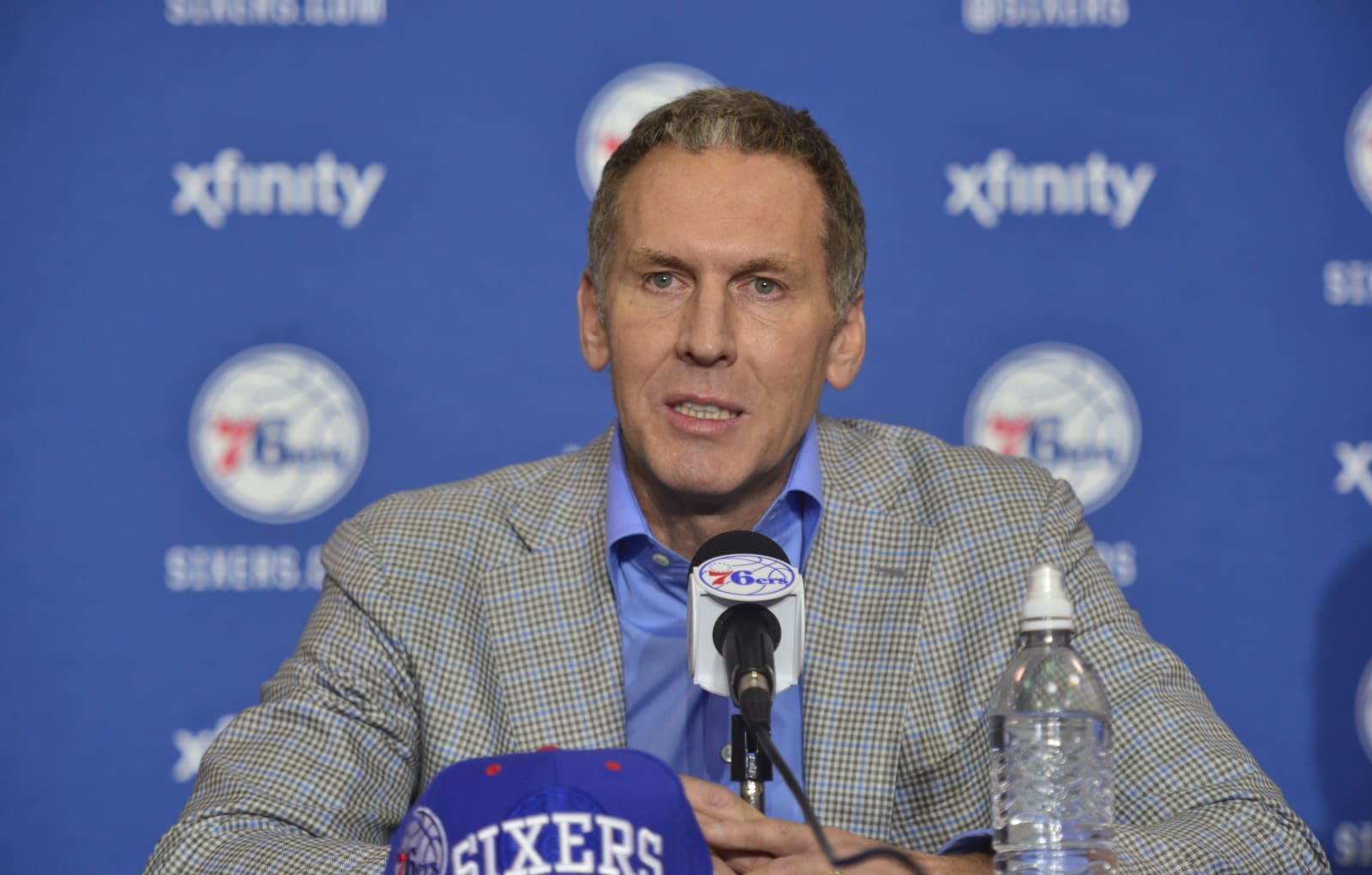 More than a few people have burner Twitter accounts to track news, comment anonymously or even make in-jokes between friends. For Philadelphia 76ers basketball operations president Bryan Colangelo, however, those disposable accounts may land him in serious trouble. The Ringer claimed that Colangelo has been quietly running five Twitter accounts, four of which were used to not only criticize players and staff (including his own coaching team), but to leak private information about the acquisition of Markelle Fultz and Jahlil Okafor's medicals.

Colangelo has acknowledged having one of the accounts, which was inactive and reportedly used strictly for following players, agents, staff and the media to keep abreast of the news. He denied running the other four, calling the accusations "disturbing to [him] on many levels."

The evidence, however, tells a different story. A Ringer source noted that the patterns of follows, likes and tweets on each account were "extraordinarily similar." The site observed that the accounts followed people and institutions related to Colangelo and his family, and that three of the accounts conveniently went private within hours of calling the 76ers, which said they would ask Colangelo about the Twitter behavior. Others have observed that three out of the five accounts share the same last two phone number digits used for password resets, and that one of them was linked to Colangelo's personal email address.

The 76ers have since announced that they're investigating the allegations. If all the findings hold up, however, Colangelo is in serious trouble. Sports Illustrated's legal analyst believed that Colangelo might have been violating the collective bargaining agreements by publicly disclosing health info that was unrelated to their NBA careers. The allegations would have to go through the NBA's grievance resolution process, but could later lead to lawsuits over defamation and invasions of privacy.

Whatever the outcome, the report highlights just how complicated social media efforts can get in the modern era -- it's hard to be completely certain that a major persona is relying solely on their publicly known accounts. And if the revelations are true, they highlight how much effort is needed to cover your tracks. Colangelo might not have realized how relatively easy it would be for someone to establish connections between the accounts once word of them got out.

Three of the five twitter accounts have a phone number ending in 91 as the password reset, meaning they are linked together. Bryan Colangelo is lying through his teeth. @BrandonGowton @RealMattCarey @World_Wide_Wob pic.twitter.com/FlZtmXsYvd

In this article: 76ers, basketball, bryancolangelo, gear, internet, nba, philadelphia, socialnetwork, socialnetworking, sports
All products recommended by Engadget are selected by our editorial team, independent of our parent company. Some of our stories include affiliate links. If you buy something through one of these links, we may earn an affiliate commission.