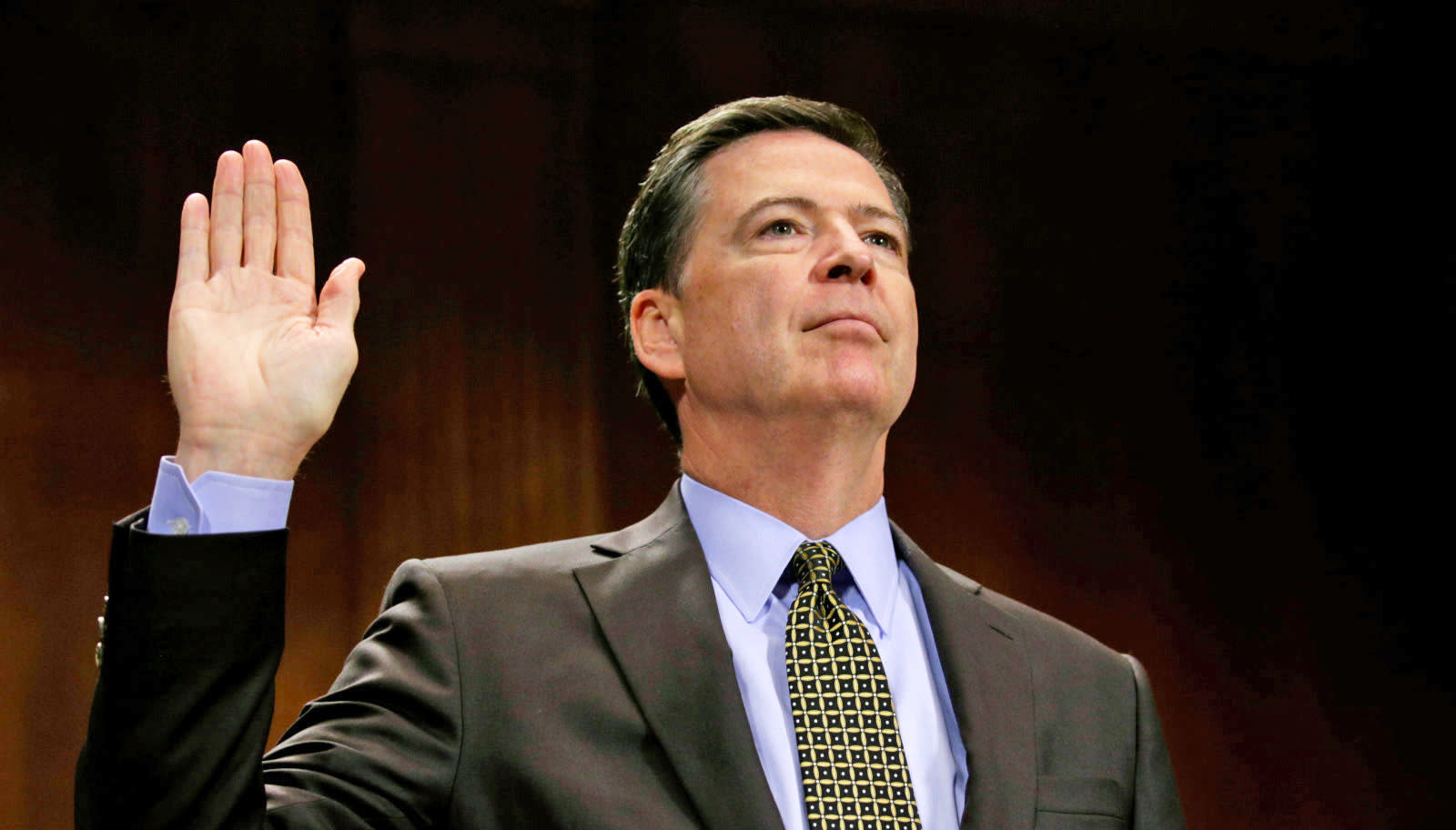 Back in March then-FBI director James Comey told the American people they should not expect "absolute privacy". Now, undoubtedly heeding his own advice, he's outed himself on Twitter, telling the world he'll "try to tweet in useful ways".

The revelation that the former FBI boss -- who has been lying low since being fired by President Trump in May -- has been lurking behind the handle Reinhold Niebuhr comes after months of speculation about exactly where on the internet he has been hiding, having previously let slip he had a secret Twitter account. Social media sleuthery by Gizmodo writer Ashley Feinberg pointed to Reinhold Niebuhr (the name of an American theologian and ethicist) as the likely account, but confirmation came from Comey himself when he posted the below.

Goodbye Iowa. On the road home. Gotta get back to writing. Will try to tweet in useful ways. pic.twitter.com/DCbu3Yvqt3

Which was then followed up by Lawfare editor-in-chief and apparent friend of Comey, Benjamin Wittes.

Ok, in light of this latest tweet, I will confirm that @FormerBu is, in fact, James Comey himself. https://t.co/6QbhOG7Qzp

Following the Gizmodo article, Niebuhr tweeted Anchorman meme "Actually I'm not even mad, that's amazing", with a link to the FBI jobs page, which does make us wonder about the FBI's handle on social media. After all, Feinberg's account of following the trail of breadcrumbs back to Reinhold Niebuhr -- while complicated -- isn't a million miles away from the regular social media stalking most of us do on our exes.

Still, one of the account's most recent tweets references Niebuhr's Serenity Prayer, the one that asks for grace to accept things that cannot be changed and for courage to change the things that can. A moment of quiet introspection or a thinly-veiled political observation? You can bet @RealDonaldTrump will be checking up on him on the reg.

In this article: FBI, Gizmodo, JamesComey, politics, privacy, ReinholdNeibuhr, secret, Twiiter, hidden:vv_09x16:49411de9-c048-3aec-a75a-e032d7155ae4, hidden:vv_16x09:bd250fbd-75e3-3bea-8868-2f0e8118b574
All products recommended by Engadget are selected by our editorial team, independent of our parent company. Some of our stories include affiliate links. If you buy something through one of these links, we may earn an affiliate commission.