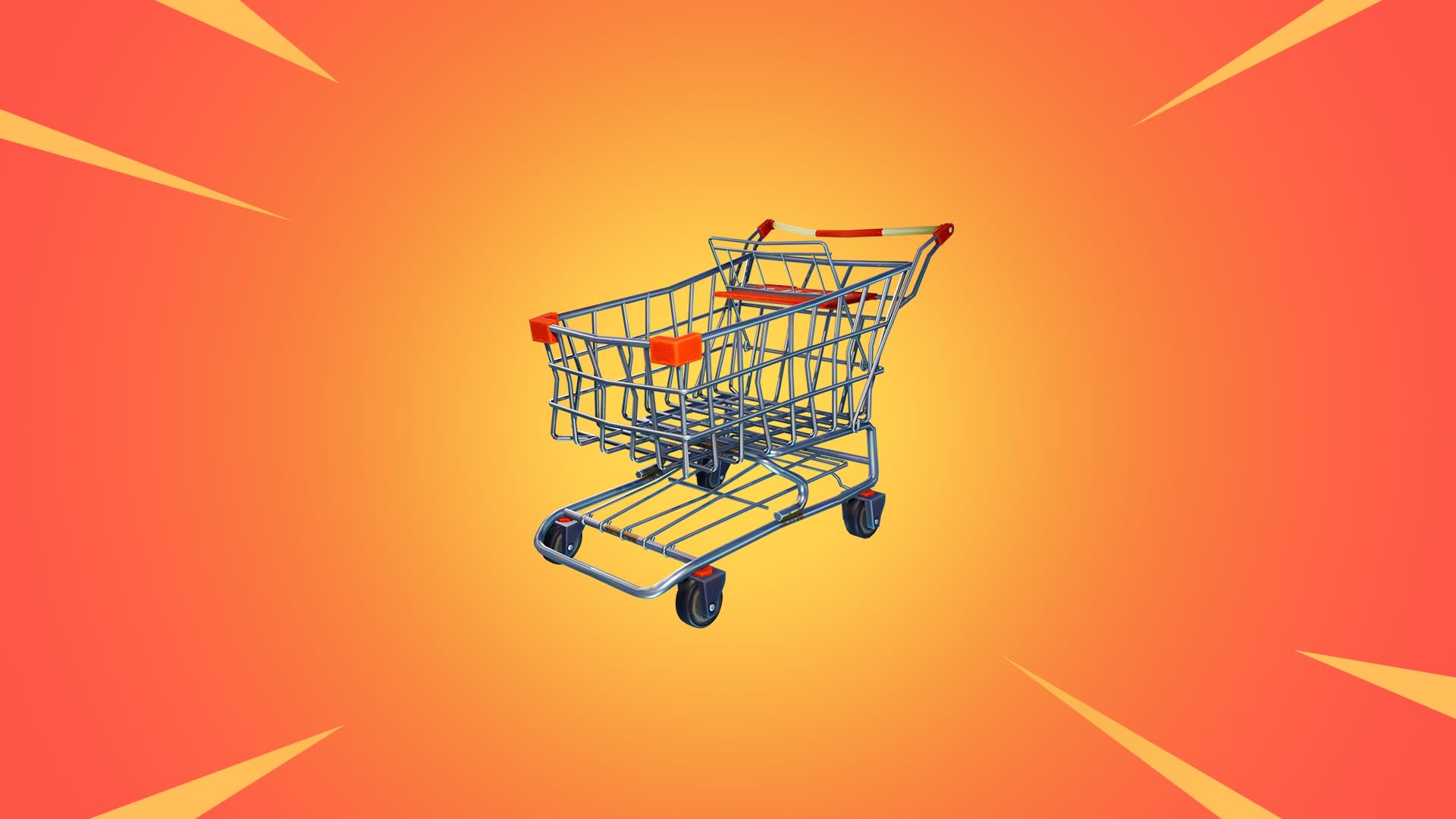 For all of the things that Epic Games has delivered in its weekly Fortnite updates, vehicles have not been one of them. While both PUBG and H1Z1 already allow players to hop in a car and fast-travel across the map, Fortnite has relied on items such as Hop Rocks and Jetpacks to give gamers an advantage over their opponents. However, Epic Games isn't shy when it comes to testing out new ideas, so today it finally gave players their first taste of transportation in the form of 'shopping carts.

Fornite shuns realism in favor of its cartoon-like gameplay, so it should come as no surprise that shopping carts are the vehicle of choice. The company says that rideables will be scattered across the world in a number of locations, allowing one player to push around one of their own or with a teammate riding shotgun.

Following the introduction of apples a few weeks back, allowing players to recover health by foraging through the map, Fortnite now has another restorative item: mushrooms. Instead of health, mushrooms replenish shields by 5 units and can be found in "shady wooded or swampy areas" (hint: Moisty Mire).

On top of that, there are two limited time modes: Blitz v2 and Teams of 20 v2. Blitz is back, prompting players to engage with opponents quicker thanks to a fast-encroaching storm area. Teams of 20 puts five teams in their own battle bus and provides them with increased loot drops for more epic battles.

In this article: av, battleroyale, epic, epicgames, fortnite, gaming, h1z1, pubg
All products recommended by Engadget are selected by our editorial team, independent of our parent company. Some of our stories include affiliate links. If you buy something through one of these links, we may earn an affiliate commission.