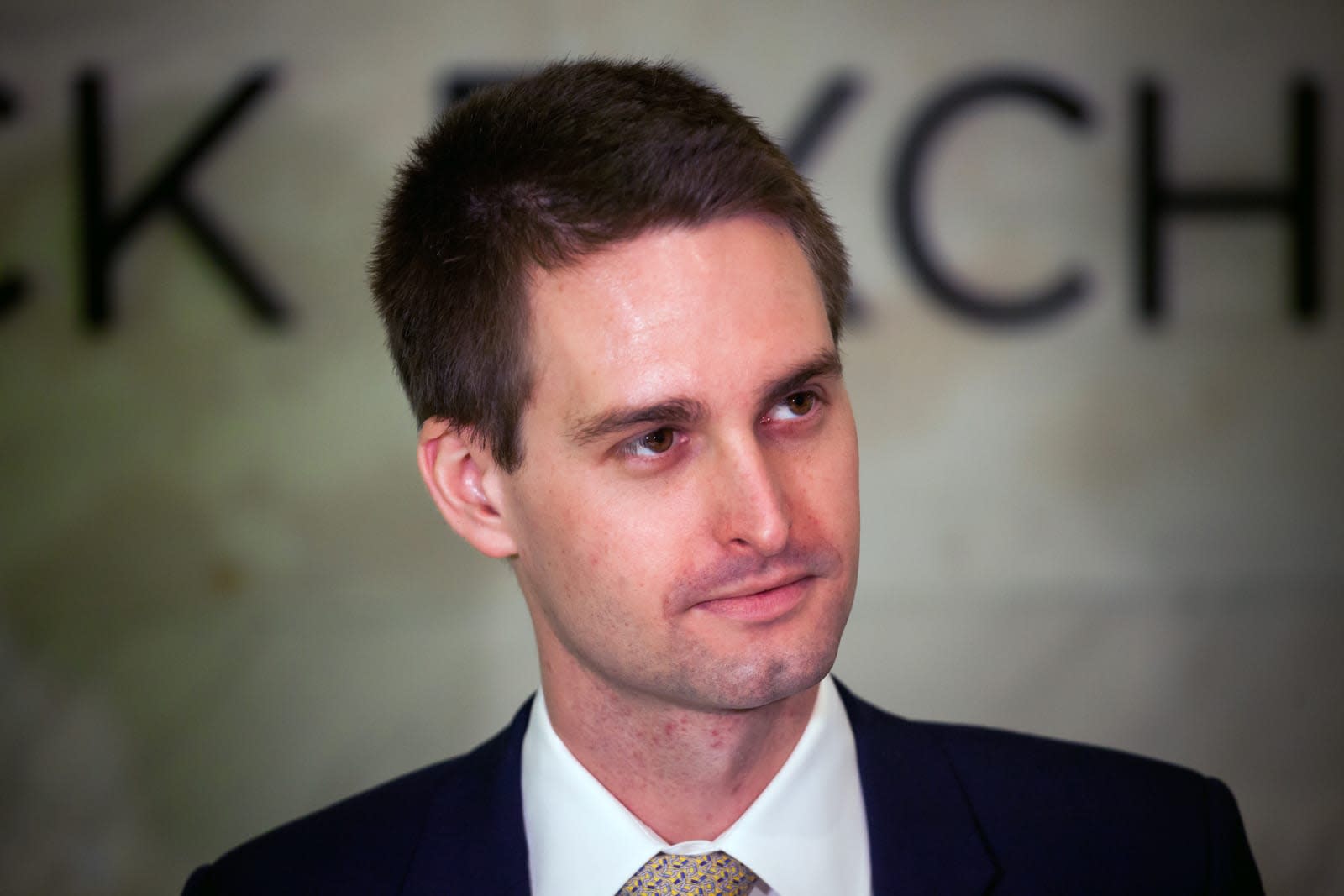 Snapchat has had a rough time lately, as it faces criticism about its redesign, its slowing user growth, and the fact that Facebook has copied its product several times over by adding Stories to almost all of its products. But CEO Evan Spiegel doesn't seem to be deterred by the Facebook's copycat moves. In one particular jab against the social network still plagued by the Cambridge Analytica scandal, Spiegel said "We would really appreciate it if they copied our data protection practices also."

Plus, Spiegel said that he felt flattered that Facebook found its products great enough to copy. "If you design something that is so simple and so elegant, that the only thing other people can do is copy it exactly... that as a designer is really is the most fantastic thing in the world," he said.

"Snapchat is not just a bunch of features," said Spiegel, explaining that the company's product is more than just Stories. "It has an underlying philosophy that really runs counter to traditional social media." Instead, Spiegel says Snapchat is more of a communication platform among friends. "[People] realize that competing with their friends for Likes and attention is kind of unpleasant and really not that great," he said, adding that Facebook's DNA is more about competitiveness than togetherness. "The DNA of their company is all about having people compete with each other online for attention."

"Our values are hard to copy," Spiegel added.

In this article: codeconference, evanspiegel, facebook, gear, internet, mobile, snapchat
All products recommended by Engadget are selected by our editorial team, independent of our parent company. Some of our stories include affiliate links. If you buy something through one of these links, we may earn an affiliate commission.