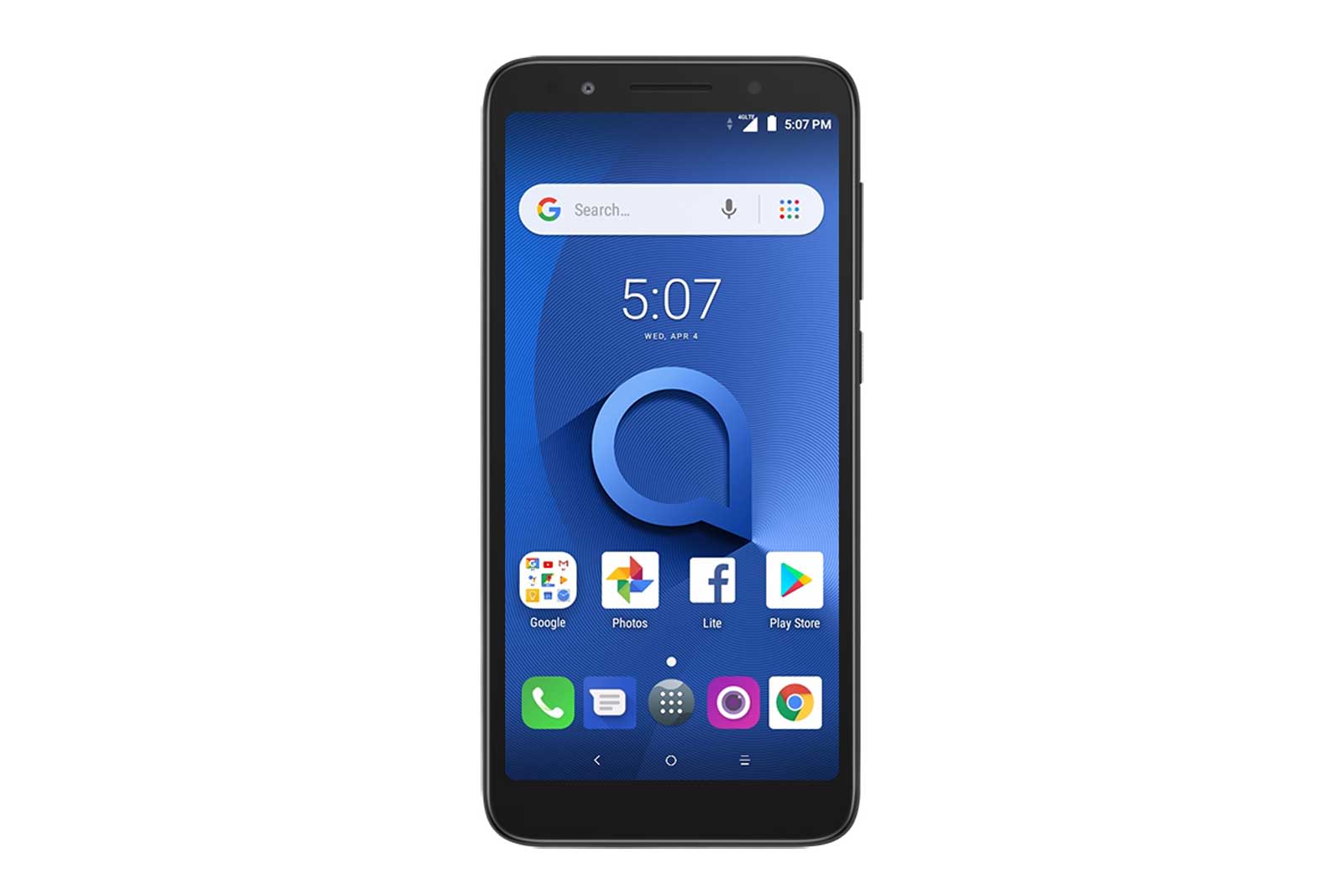 ZTE's Android Go phone might be hard to get in the US thanks to its trade debacle, but don't worry -- there's another option on the way. As teased in March, Alcatel is releasing its Go-equipped 1X phone in the US sometime next week (the first full week of June) in a carrier-unlocked form for $100. It'll be available through Amazon at first, but should be available through Best Buy and Walmart's online store in the weeks ahead. As with other Go devices, the hardware isn't really the highlight here -- it's all about the software.

The 1X is the definition of an entry-level phone with a 5.3-inch (albeit 18:9 ratio) 960 x 480 display, a quad-core MediaTek processor, 1GB of RAM, 16GB of expandable storage, a backside fingerprint reader, an 8-megapixel rear camera and a front 5-megapixel shooter. Unlike many other phones in this price class, however, you won't be using ancient software. Android Go's small footprint lets the 1X ship with Oreo out of the box, including lightweight versions of Google's core apps. Alcatel also bundles it with Facebook Lite to get you started.

This isn't the most affordable Go phone in the US (that honor went to the $80 Tempo Go before ZTE's political troubles), but it could be worth exploring if you thought that initial device was a little too no-frills.

In this article: alcatel, android, androidgo, androidoreogo, gear, mobile, smartphone, tcl, unlocked
All products recommended by Engadget are selected by our editorial team, independent of our parent company. Some of our stories include affiliate links. If you buy something through one of these links, we may earn an affiliate commission.