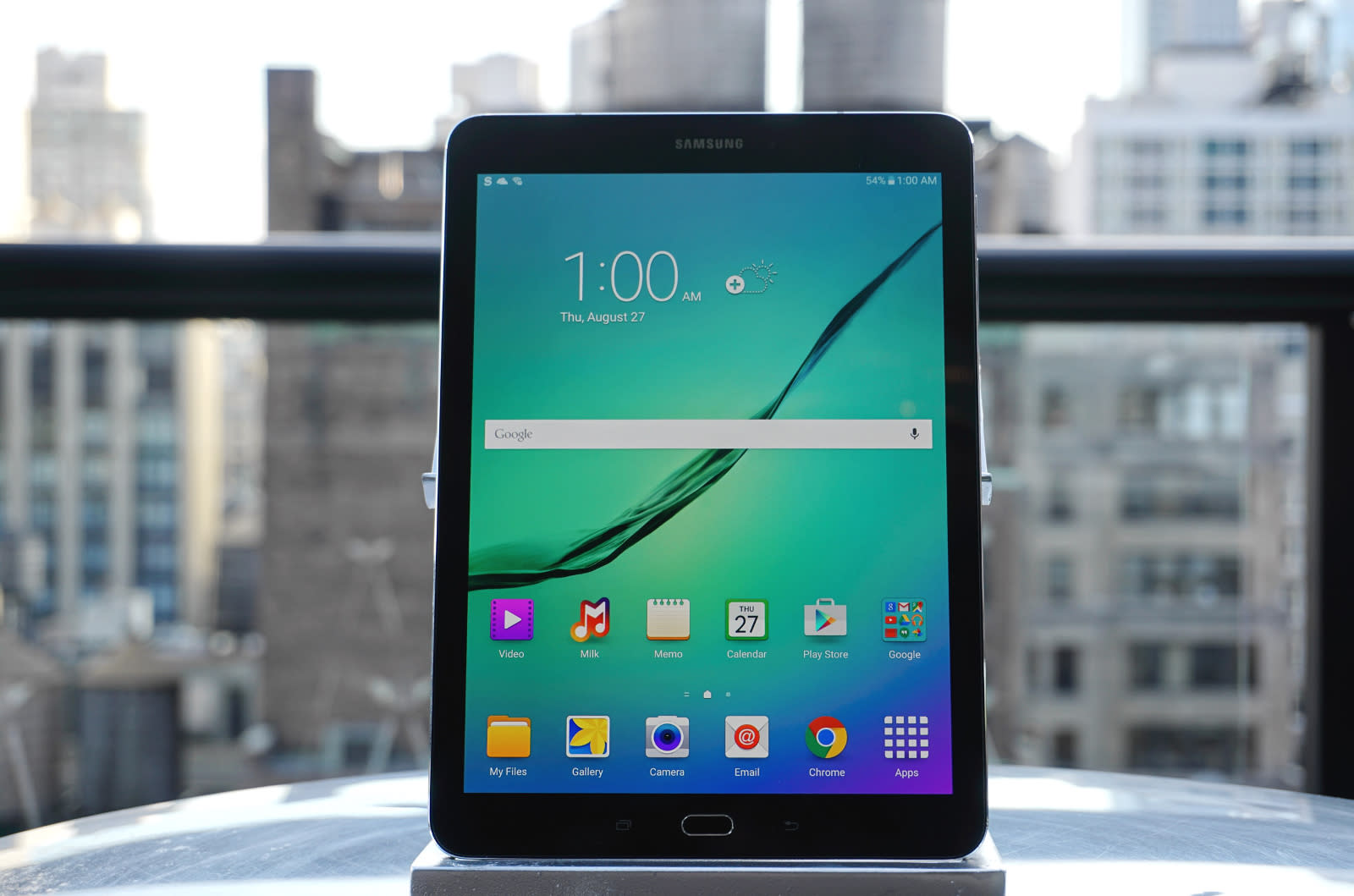 Next time you visit Google's official Android website, you might notice a tiny but important change. The tablet section, which used to occupy the space between "wear" and "TV" in the menu, no longer exists (*it's back now -- please see the update below). Google has quietly pulled down the page that used to highlight tablet-specific apps, as well as a handful of prominent models, like the Samsung Galaxy Tab S2. Android Police noticed the missing section on June 1st and pointed out that it still existed the day before -- the website's snapshot for May 31st on Internet Archive clearly shows that the tablet page is still there. Does this mean Google is giving up on Android tablets to focus more on its other devices, like Chromebooks? We asked the big G what its official reason is, and we're still waiting to hear back. But it's no secret that iPads still dominate the field even though some Android tablet models, like Samsung's and Amazon's devices, aren't doing that bad. As TechCrunch noted, if Google truly is no longer selling tablets, then that could delay the development of features for the category, leaving them underpowered compared to Android phones.

Update: The Android website's tablet section is back! And the good news for fans of the mobile platform on bigger screens is that it was apparently only a temporary hiccup. Google's SVP for Platforms & Ecosystems, Hiroshi Lockheimer, said they had a bug when they updated the website:

Oops we had a bug when we updated the site. It's back up now. Sorry for the confusion! https://t.co/5mI3L3Gzif

In this article: android, gadgetry, gadgets, gear, google, tablet
All products recommended by Engadget are selected by our editorial team, independent of our parent company. Some of our stories include affiliate links. If you buy something through one of these links, we may earn an affiliate commission.