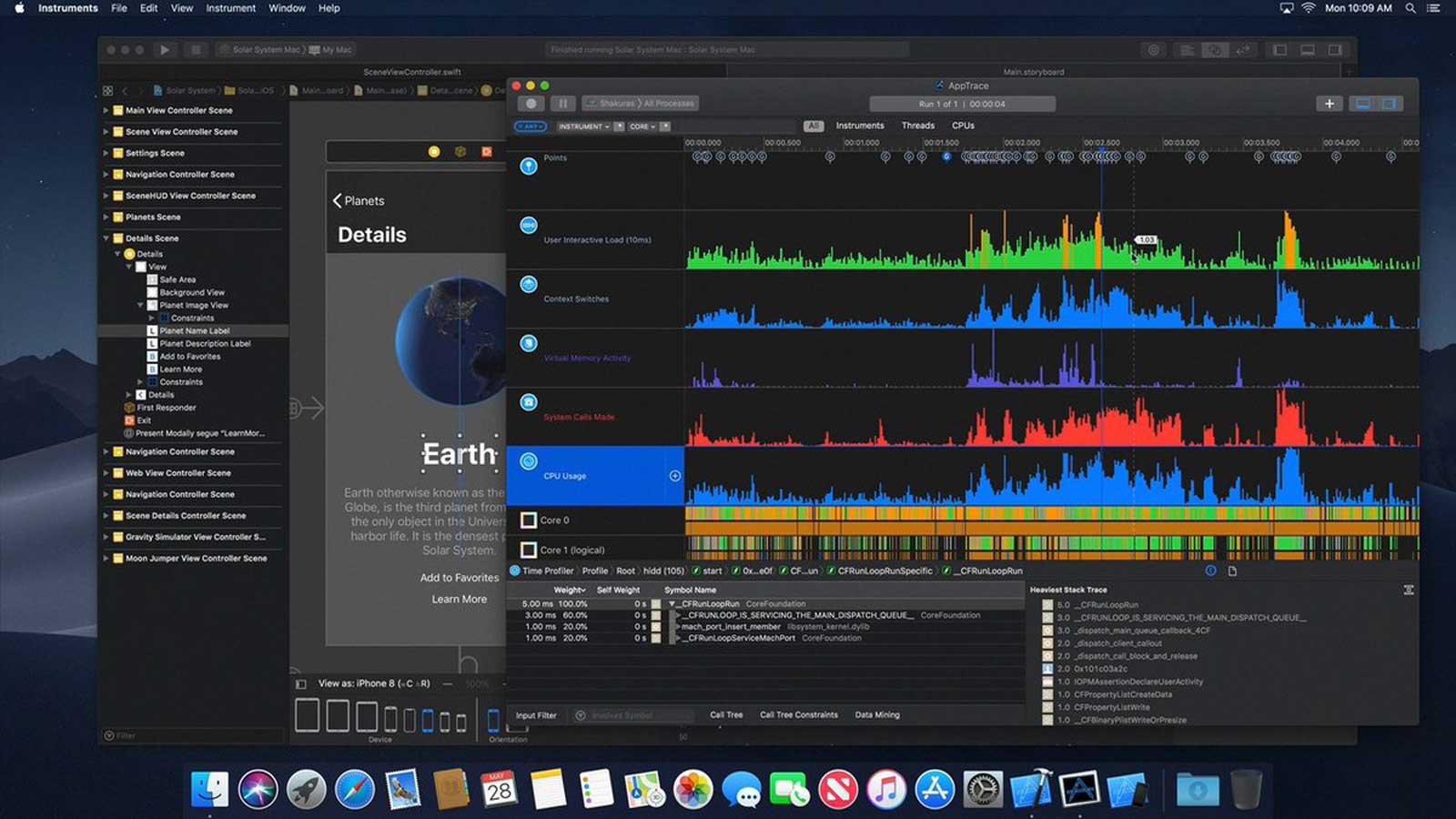 Apple has inadvertently spoiled some of WWDC 2018's mysteries in advance. Well-known developer Steve Troughton-Smith has spotted a hidden video on the Mac App Store showing off what looks like a new version of macOS with a system-wide dark mode -- not just the menu bar and dock as you see today. There's no guarantee this would translate to iOS, but it would be helpful for both late-night computing sessions and media creators who find bright graphics distracting. This wouldn't be the only addition, either.

The same video also shows a conspicuous News icon in the dock, revealing that Apple is prepping a desktop version of the app. And the very fact that there's a Mac App Store video speaks volumes -- you can't currently see video previews in the store, suggesting that Apple is giving the portal an iOS 11-style overhaul.

Apple is expected to unveil the new version of macOS (likely 10.14) at its WWDC keynote on June 4th. As usual, though, the finished version isn't likely to appear until sometime in the fall. Until then, you'll likely have to be content with preview releases.

In this article: apple, darkmode, gear, internet, mac, macos, news, personal computing, personalcomputing, software, wwdc2018
All products recommended by Engadget are selected by our editorial team, independent of our parent company. Some of our stories include affiliate links. If you buy something through one of these links, we may earn an affiliate commission.