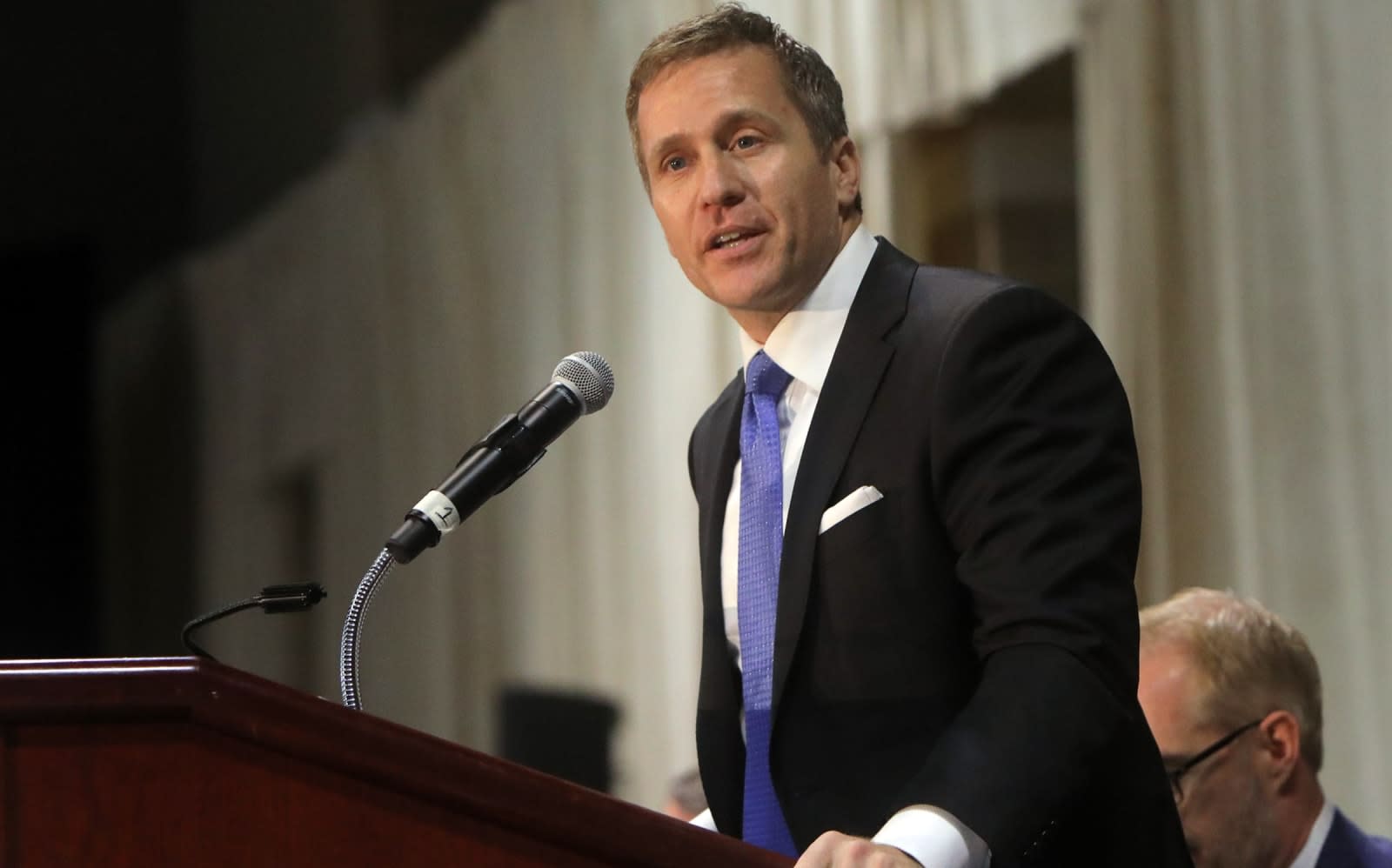 Missouri governor Eric Greitens quit his position on Friday, but he approved 77 new laws before he officially left the building. One of those criminalizes "nonconsensual dissemination of private sexual images" (or threatening to do so)... which was the very thing that started his downfall. Back in January, a woman accused the Republican governor of blackmailing her after a sexual encounter in 2015. She said the married politician taped her hands, blindfolded her, took a nonconsensual nude photo of her and then threatened to distribute the image everywhere if she mentions his name. Greitens admitted to the affair, but vehemently denied that he committed any crime.

The woman's blackmail allegation wasn't what ultimately forced him out of the governor's office, though. In April, Missouri Attorney General Josh Hawley announced that his team found evidence Greitens took a donor list from a charity he founded without permission. He then reportedly used the list for his own political fundraising. The former governor was forced to resign as part of his deal with a prosecutor to drop the felony charge against him for that particular issue.

In this article: gear, politics
All products recommended by Engadget are selected by our editorial team, independent of our parent company. Some of our stories include affiliate links. If you buy something through one of these links, we may earn an affiliate commission.