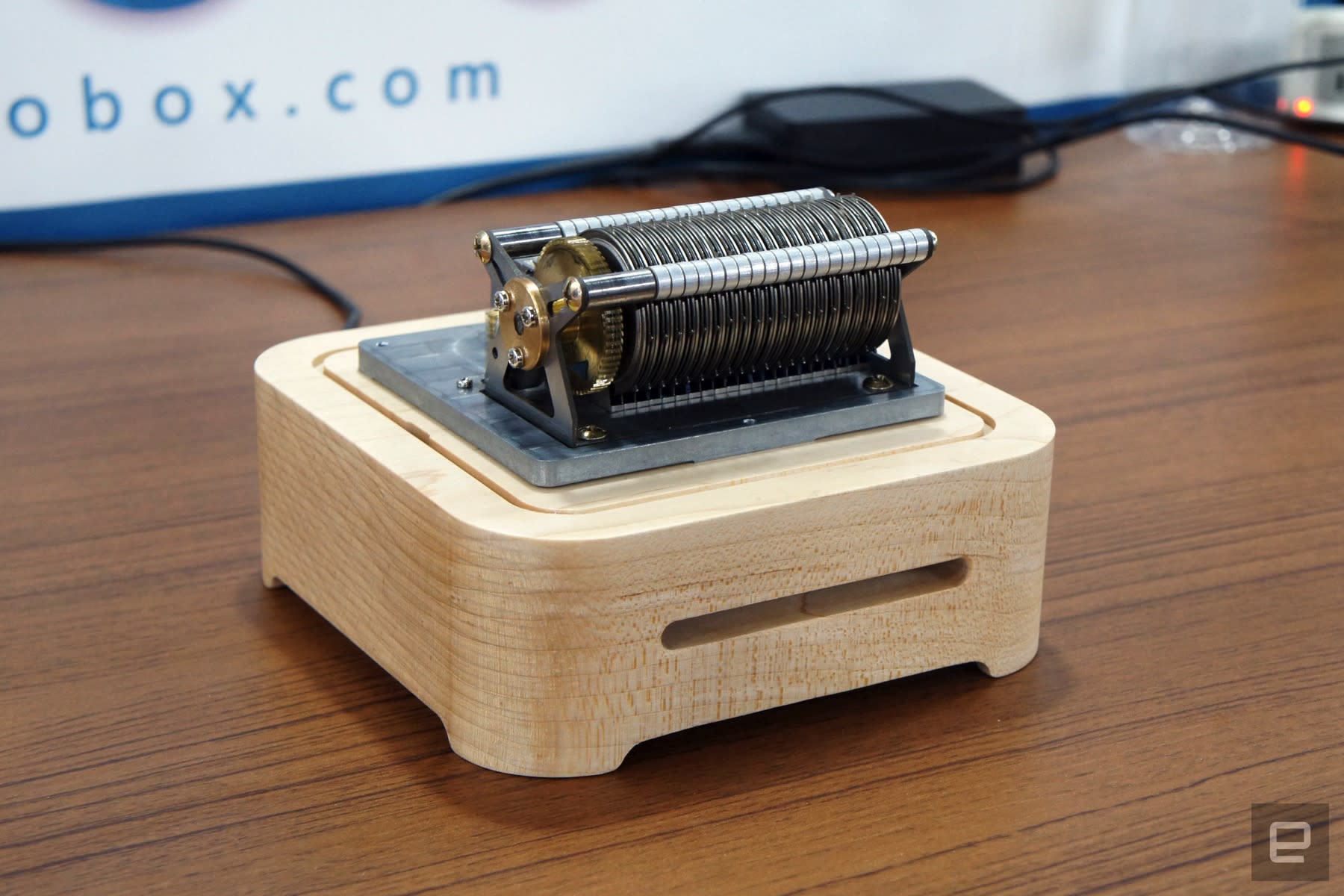 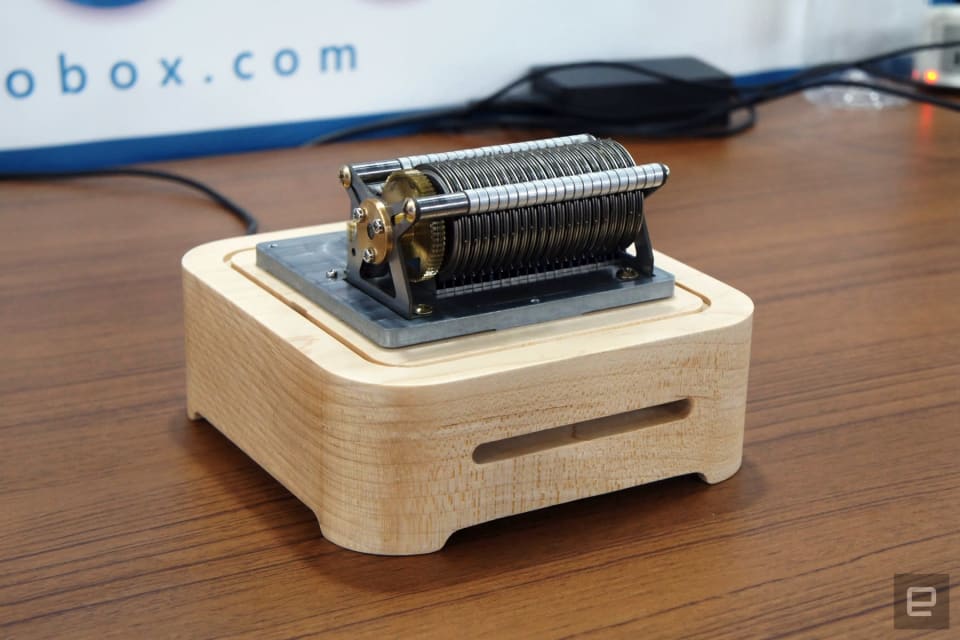 Outside horror movies, music boxes are pretty cool, but their big flaw is that they can only play a few bars of one song. This inflexibility wasn't so much of an issue a century ago, but in the era of Spotify, it's not great. That's why Taiwanese company Tevofy Technology has sought to update the music box for the modern age, in the form of the Music Robot Box, or Muro Box.

Traditional music boxes have a cylinder of pins that, as they turn, pluck the tines of a steel comb that, as they vibrate, make a sound. The principles are similar to that of hammers hitting piano strings, although you're limited by the size of the cylinder and the notes the comb has been cut to play. The difference between that and Muro is that the cylinder has been replaced with several computer-controlled rings.

Each ring has a different number of pins and can spin around at various speeds, meaning that Muro can play up to 4 beats per second. Plus you're not limited by the size of the cylinder, since the wheels can spin around to play pretty much anything you want to listen to. And unlike projects like the XOXX Composer, Muro actually uses a real steel comb rather than outputting to a synthesizer.

That said, you will likely need to use the companion app and the company's cloud to create a library of tunes to listen to. You can't simply import an MP3 and hope it'll play, although the app is apparently compatible with MIDI files. Alternatively, the app offers a composer that will enable you to build your own tunes by selecting notes on a timeline.

In the crowded and noisy halls at Computex, it was hard to hear Muro Box playing the now public-domain "Happy Birthday." But you would expect that in quiet rooms, it would be easier to listen to and enjoy. On that subject, it's likely that the company may not enable sharing of tunes, to avoid falling into any hot water with music publishers.

At that sort of price, however, you have to wonder how much of a market there will be outside music box collectors. Certainly it has some old-world charm and offers a quirky way to set a mood, but it's still a limited piece of technology.

In this article: av, Computex2018, gear, hands-on, MuroBox, Music, MusicBox, Retro, ShiaoChenTsai
All products recommended by Engadget are selected by our editorial team, independent of our parent company. Some of our stories include affiliate links. If you buy something through one of these links, we may earn an affiliate commission.