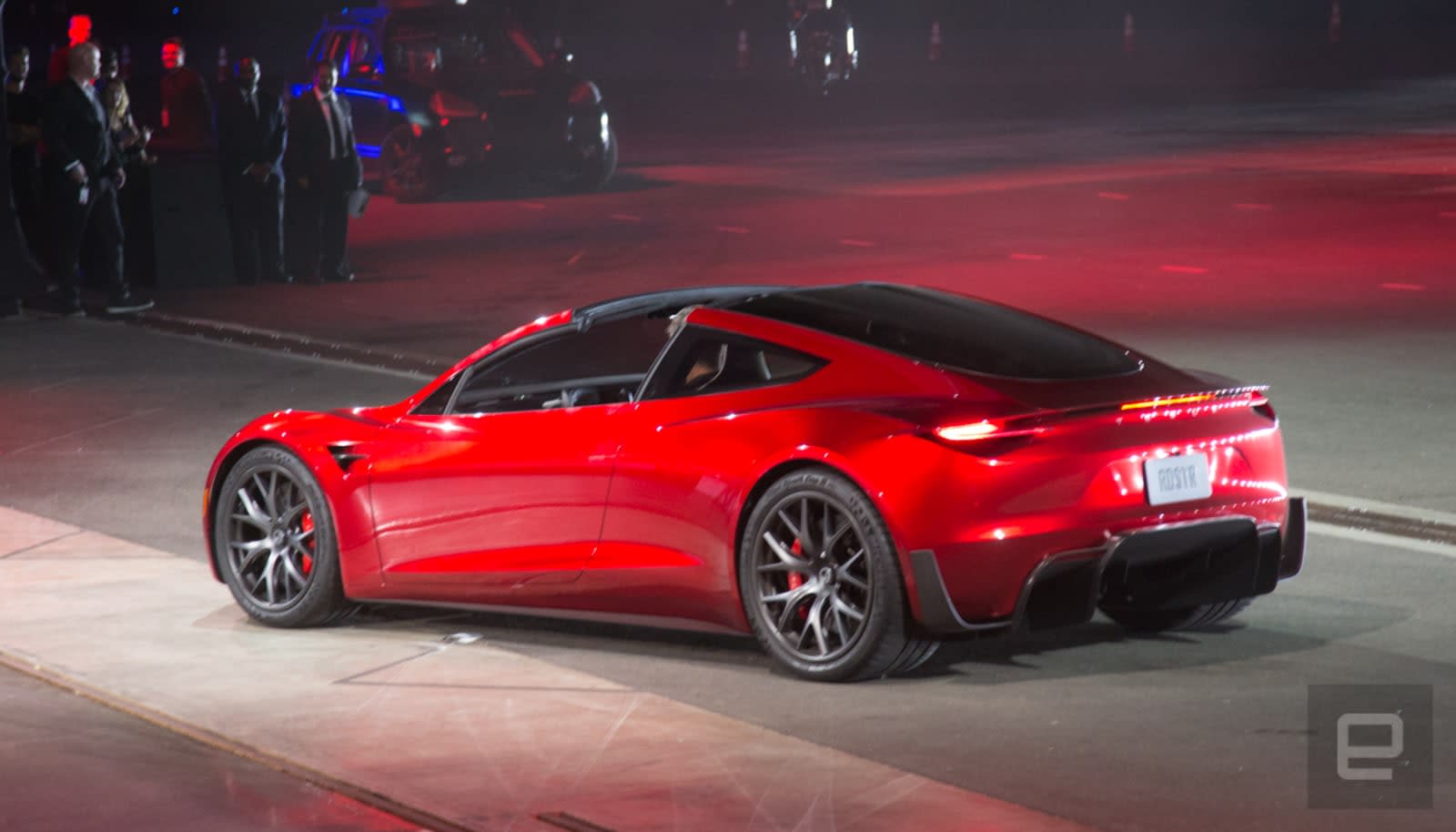 Yes, you read that correctly. Elon Musk has followed up on remarks from Tesla's annual shareholder meeting (not to mention more cryptic hints in November) with a statement that the new Roadster's previously mentioned "SpaceX option package" will include 10 small rocket thrusters strung around the car. Reportedly, the kit would "dramatically improve" acceleration, braking, cornering and everything in between. It sounds ridiculous, but this isn't the most outlandish thing Musk has talked about in recent months. We wouldn't absolutely count on it, but we wouldn't bet against it, either.

We've asked Tesla if it can elaborate.

Provided this isn't just hyping up a more conventional package, it raises all kinds of questions. Is it street legal? (Probably not.) How many uses will you have? Can you refuel it yourself? And just how brutal would the G-force be when it kicks in? The one certainty is that the reborn Roadster represents Musk's definitive bid to outclass gas-powered cars "in every way" -- even if it means relying on some rocketry.

In this article: electriccar, electricvehicle, elonmusk, ev, gear, roadster, rocket, spacex, tesla, transportation
All products recommended by Engadget are selected by our editorial team, independent of our parent company. Some of our stories include affiliate links. If you buy something through one of these links, we may earn an affiliate commission.