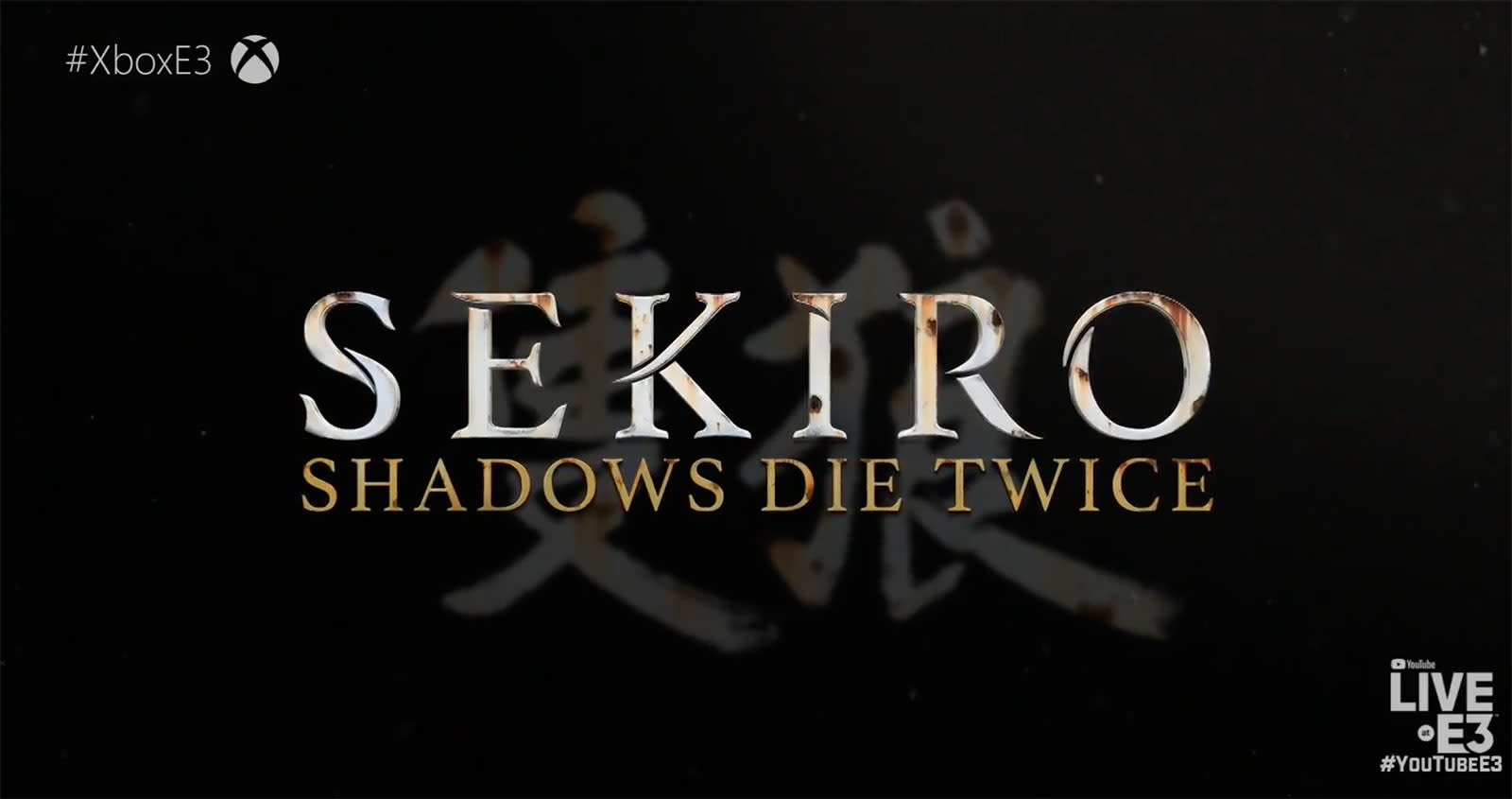 During its E3 press conference, Microsoft teased the next game from the studio behind Dark Souls and Bloodborne: It's called Sekiro: Shadows Die Twice. If you're familiar with FromSoftware's previous work, you have a good idea of what to expect here. The beauty of ancient Japan is portrayed in a way that's dark and brooding, yet still lovely. Despite the aesthetic appeal, late 1500s Sengoku Japan is a brutal time. There's a ton of blood and gore, as the main character, a ninja with a powerful prosthetic arm, sets out on a path of revenge.

"Looks like death is not your fate just yet," an ominous voice proclaims.

Unfortunately, the trailer Activision and FromSoftware showed during the Xbox event didn't provide a ton of detail about gameplay, other than there's loads of sword fighting, grappling hook acrobatics and some huge bosses. And what appears to be a big ass snake. Basically, you can expect a blend of ninja skills, stealth, vertical traversing and brutal head-to-head combat to dominate gameplay.

We're sure to find out more this week at E3, including what the heck you're fighting for. What we do know is that the game will arrive in 2019.

In this article: activision, av, e32018, fromsoftware, gaming, sekiro, sekiroshadowsdietwice
All products recommended by Engadget are selected by our editorial team, independent of our parent company. Some of our stories include affiliate links. If you buy something through one of these links, we may earn an affiliate commission.