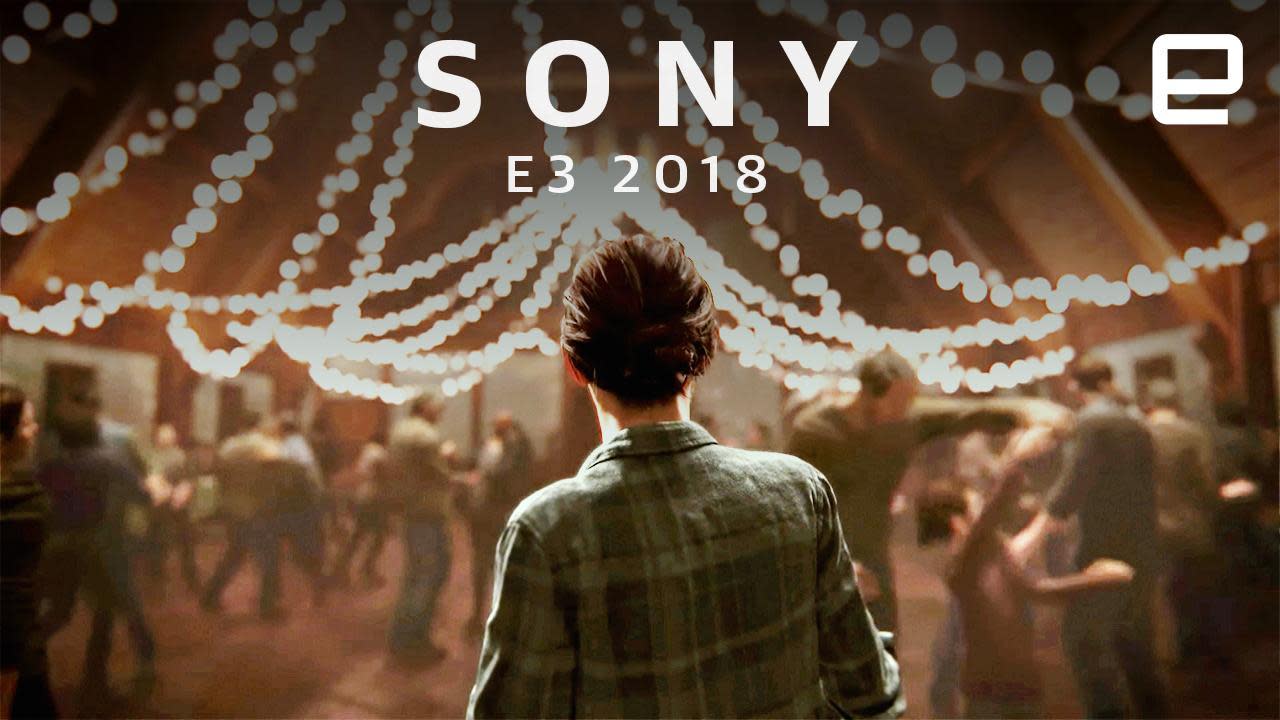 What did we expect to happen?

Last month, Sony poured cold water on the idea that its E3 press conference would be a big, blockbuster show. 2018 is a year where it doesn't need too much pomp and circumstance, since it's already pushed out Shadow of the Colossus, God of War and Detroit: Become Human. Instead, Sony said that we could expect more intimate, deeper-dives on games like Death Stranding, Ghosts of Tsushima, The Last of Us: Part II and Spider-Man.

Sony was aiming for something close to a Revival Meeting vibe, hosting its event in a church hall with ribbons of bulbs running along the ceiling and pews for the attendees. The environment matched the setting for the Last of Us: Part II's gameplay trailer, which opened with Ellie embracing her partner. It then cut to a scene of Ellie in some pretty violent combat that seemed to make the audience wince a little in sympathy. In the hands of a lesser developer, we could be concerned that The Last of Us: Part II might be grisly, but Naughty Dog has earned some patience.

What announcement drove the audience wild?

Sony's announcements were met with plenty of approval as it went into detail about games Ghost of Tsushima, Death Stranding and Spider-Man. The latter, which is coming out on September 7th, showed off some more of its open-world delights, as well as a cavalcade of villains. Then, the company let slip that the much-hyped Stranding would now also star Lindsay Wagner and Léa Seydoux. Then, when Leon S. Kennedy stepped into frame, the crowd went wild. The first peek at Capcom's Resident Evil 2 remake was always going to please.

What sucked the air out of the room?

Sony's decision to make its event small and focused was a power move from a company that doesn't have much to prove. It has clearly won this generation of the console wars, outselling the Xbox One by a ratio of almost two to one. Now, the company can concentrate on showing off its first-party titles that will keep the PS4 propped up as it enters its relative old age.

The audience may not have taken to it as well, however, especially when they're used to a more bombastic bombardment of trailers and announcements. It didn't help that Sony insisted on moving rooms after TLOU II's trailer, to a much more traditional E3 conference hall. Breaking a press event into two and asking folks to get up, race over to a new location and scramble for seats again took a lot of the momentum out of the show.

Yes. Sony said that it would focus on quality over quantity and did so, with four games that will appeal to a big group of gamers. Hell, if Shawn Layden just walked up and read out Sony's lineup for late-2018 and 2019, he probably would have gotten some hefty applause. Plus, we haven't even mentioned that FromSoftware is making a PSVR title that will probably frustrate and excite like all of its other games.

What's left to look forward to at E3?

Nintendo's press conference is coming up later today and will cap the E3 pre-shows before the event itself opens its doors. Then we'll be spending the rest of our time fighting to get time to play as many titles as we can before security comes and chases us out of LA for another year.

In this article: av, DeathStranding, E32018, gaming, GhostsOfTsushima, PressConference, ResidentEvil2, Roundup, Sony, Spider-Man, thelastofus, TheLastOfUsPartII, video
All products recommended by Engadget are selected by our editorial team, independent of our parent company. Some of our stories include affiliate links. If you buy something through one of these links, we may earn an affiliate commission.