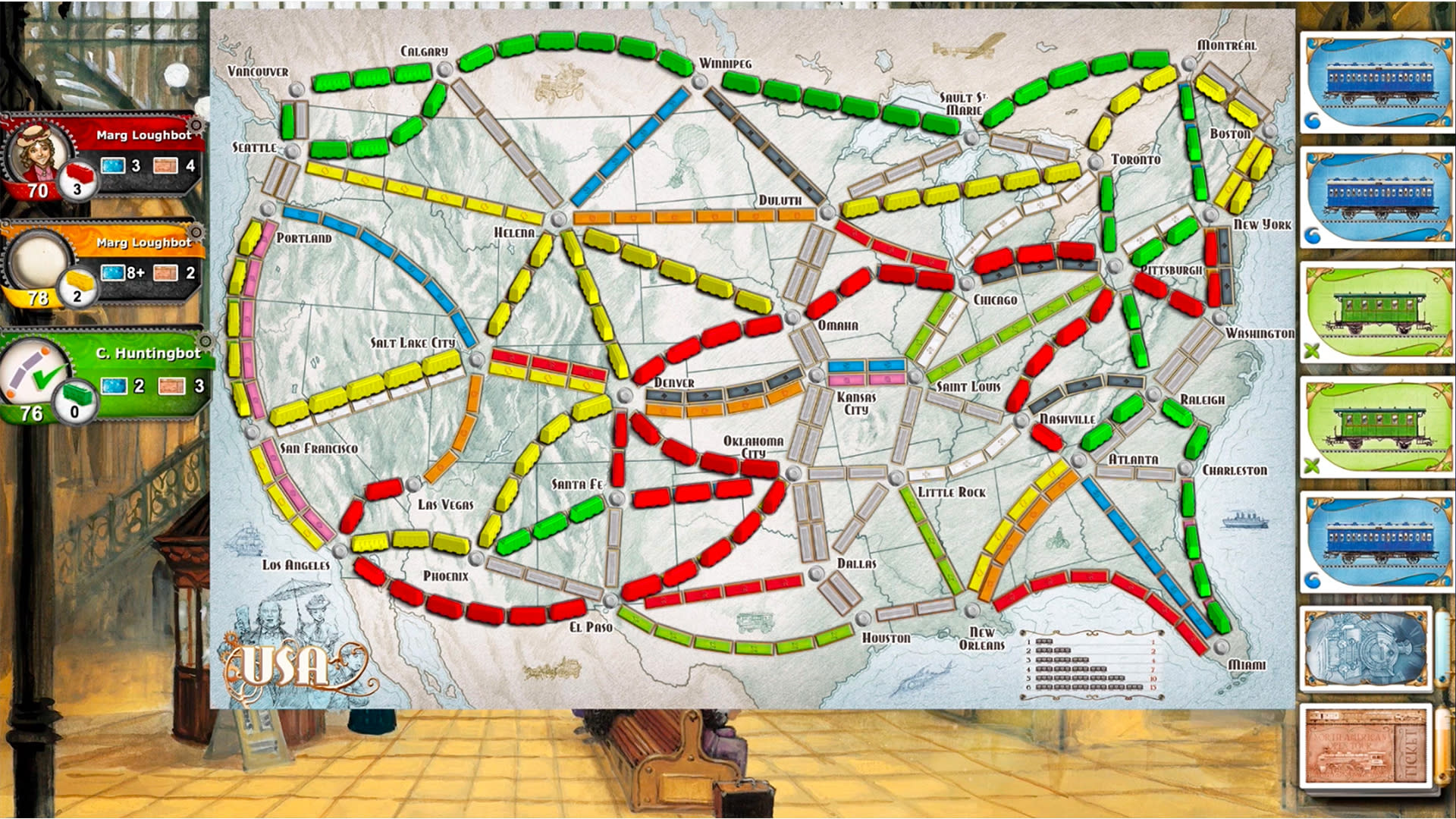 If you haven't played Ticket to Ride in either its analog or digital iterations, you're in for a treat. The award-winning train-based strategy title is coming to your TV via PS4 and PlayLink later this year, thanks to Asmodee Digital and Sony.

PlayLink lets multiple players connect to a PS4 with their own phone, letting them see their own cards on their small screen and plan moves without letting their opponents see anything. Anything that would typically be seen by all players in the tabletop game will be on the PS4 screen. The idea is to make the digital board game more like the analog one. Ticket to Ride tasks players with collecting cards that allow them to claim railway routes across a given country — there are several expansions to the original game. You'll be able to play with up to five other friends on the same screen with the PlayLink feature, or just add in bots to play on your own against the AI. The user interface should be familiar to those who've played the game on a mobile device; you can press cards on the phone screen to take actions, draw cards and even drag cards from your hand to the route you want to claim.

This isn't the first digital board game Asmodee Digital has brought to life; the company specializes in virtual recreations of various card and board games like Mille Bornes, Agricola, Carcassonne and Small World. It also launched popular tile-game Catan VR to virtual reality in March of this year.

In this article: AsmodeeDigital, av, gaming, mobile, phones, PlayLink, PS4, sony, TicketToRide
All products recommended by Engadget are selected by our editorial team, independent of our parent company. Some of our stories include affiliate links. If you buy something through one of these links, we may earn an affiliate commission.