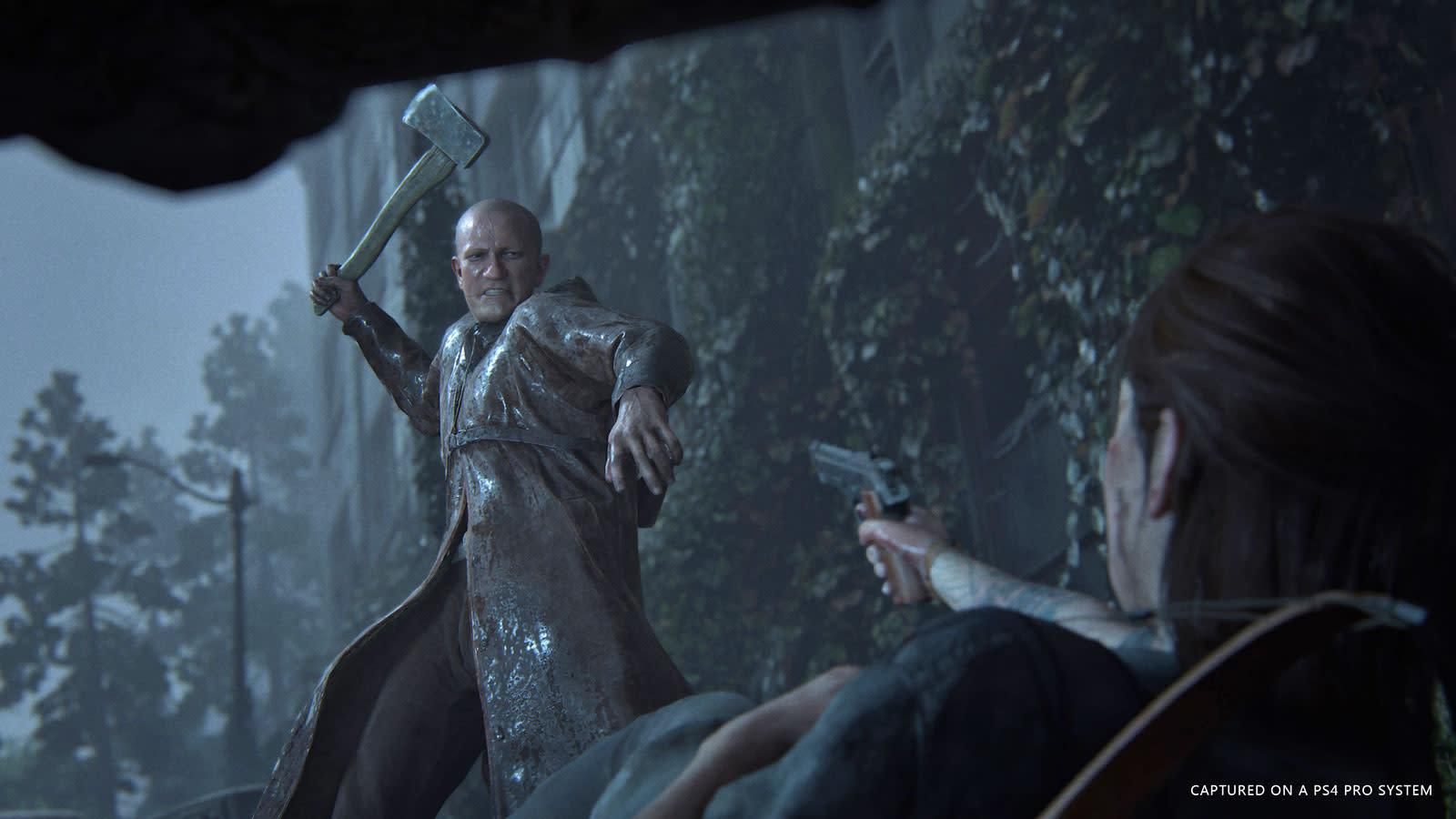 In ‘The Last of Us Part II,’ Ellie is a lethal loner

Ellie may have surpassed her mentor Joel when it comes to dealing out pain.

"The Wolf" is a force to be reckoned with: She can make her own explosive arrowheads, use her enemies as bullet shields and fell attackers much taller and bigger than her. During the gameplay trailer for The Last of Us: Part II (TLOU2), Ellie is violent, destructive and unhesitant.

From the little we've already seen, she's faster, more agile, and I'd say smarter than Joel -- at least when it comes to survival. A lot of that hinges on "analogue stealth," explains co-game director Kurt Margenau. In TLOU2, dilapidated walls and burnt out cars are joined by long grass and natural cover. Foliage is now your friend, but it's now a stealth in shades. And you will be able to intuit whether you're hidden or not -- with some help from a new, thankfully subtle HUD that shows your health alongside a new visibility (and threat) indicator.

What about listening mode? In the original game, Joel could monitor enemy presence and movement through objects and walls (sometimes several of them), which was useful but often oversimplified navigating through the game. Ellie seemed to tackle her enemies without any such assistance, but she will (eventually) get a similar talent -- it's in progress. "We're balancing it," examined Anthony Newman, fellow co-game director, emphasizing that the team want to make something more realistic (and a little less overpowered) to aid navigation and evasion.

Not that TLOU2 leaves its protagonist exposed: The E3 2018 presentation offered the first insight into an improved crafting system that's more intuitive and capable of a lot more. Firstly, you'll be able craft from the weapon cross, making mid-battle medkit creation less off a sloppy mess. Don't expect to get lost in infinite lists of possible craftables — the term "avoid throwing in everything but the kitchen sink" is mentioned by the game directors, but we already know that exploding arrows will be involved. It's a smart example of how new weapons will push the series forward. "[The Last Of Us series] never had a ranged attack that offered splash damage" notes Newman. In the sequel, we might need the help, especially if antagonists are actively seeking out Ellie like in this week's demo. I saw a Sony staffer play the demo in front of me, but it still looked just as suspiciously scripted as the gameplay demo we saw at Sony's E3 showcase the night before. It's an early product, granted, but it's not as on-the-rails as I feared. "A better way is to describe it as 'choreographed'," said Margenau, outlining how the team, for this very early gameplay demo, had to corral enemy dynamics to ensure that it both showcased new skills and dynamics and, well, worked. A more agile Ellie is a reality, snaking between tight spaces and capable of running away from her enemies, and that might be my biggest takeaway from all this. The Last of Us Part II seems far more fast-paced, and I get the sense that there will be a lot less quietly waiting, crouched in a corner. Thankfully.

I asked Margenau, who has also worked on Uncharted series, whether that other action series had brought more speed to this series. He said it was more of an evolution: "It wasn't like we transplanted things. It's simply how we evolve the series, making [a] good-looking, snappy game."