It's the least linear game developer Remedy Entertainment has made.
T. Seppala|06.14.18
@timseppala

Control isn't what you expect. Rather than the stylized, linear shooters developer Remedy Entertainment is known for, it's a free-form experience that has more in common with Castlevania: Symphony of the Night than it does with Alan Wake. Except, instead of exploring a moody castle, you're scouring the shape-shifting headquarters of a secretive government agency, the Federal Bureau of Control (FBC), which has been infested by an otherworldly presence known as The Hiss.

There's still shooting, of course, and it all looks incredibly cinematic, with pillars breaking apart and protagonist Jesse Faden using both telekinetic powers and a shape-shifting firearm to dispatch the presence haunting her former coworkers. The entire game takes place within the FBC's headquarters, The Oldest House. From the outside, it looks like a nondescript building in Manhattan. But once you cross the threshold, things start getting surreal.

"The Oldest House is a place of power," narrative director Anna Megill told me. "It's an ever-expanding, shifting, kaleidoscoping, if you will, world within a location. The belief is that if you keep walking you can end up in some very, very strange places that might not seem like they belong in a building in Manhattan."

Megill said that the team at Remedy was inspired by new weird-fiction, like Jeff VanderMeer's Southern Reach trilogy. You can spot that influence in the rainbow-like shimmer that inhabits FBC agents possessed by The Hiss and twists them into grotesque enemies -- Annihilation took place inside an ever-expanding shimmery dome that mutated its inhabitants into, well, grotesque creatures.

While Megill didn't say it explicitly, The Oldest House seems to have a lot of influences from author Mark Z. Danielewski's House of Leaves, as well, which deals with a mysterious house that's far bigger on the inside than its appearance suggests. The setting is why the gameplay and narrative direction are so atypical for Remedy as well. 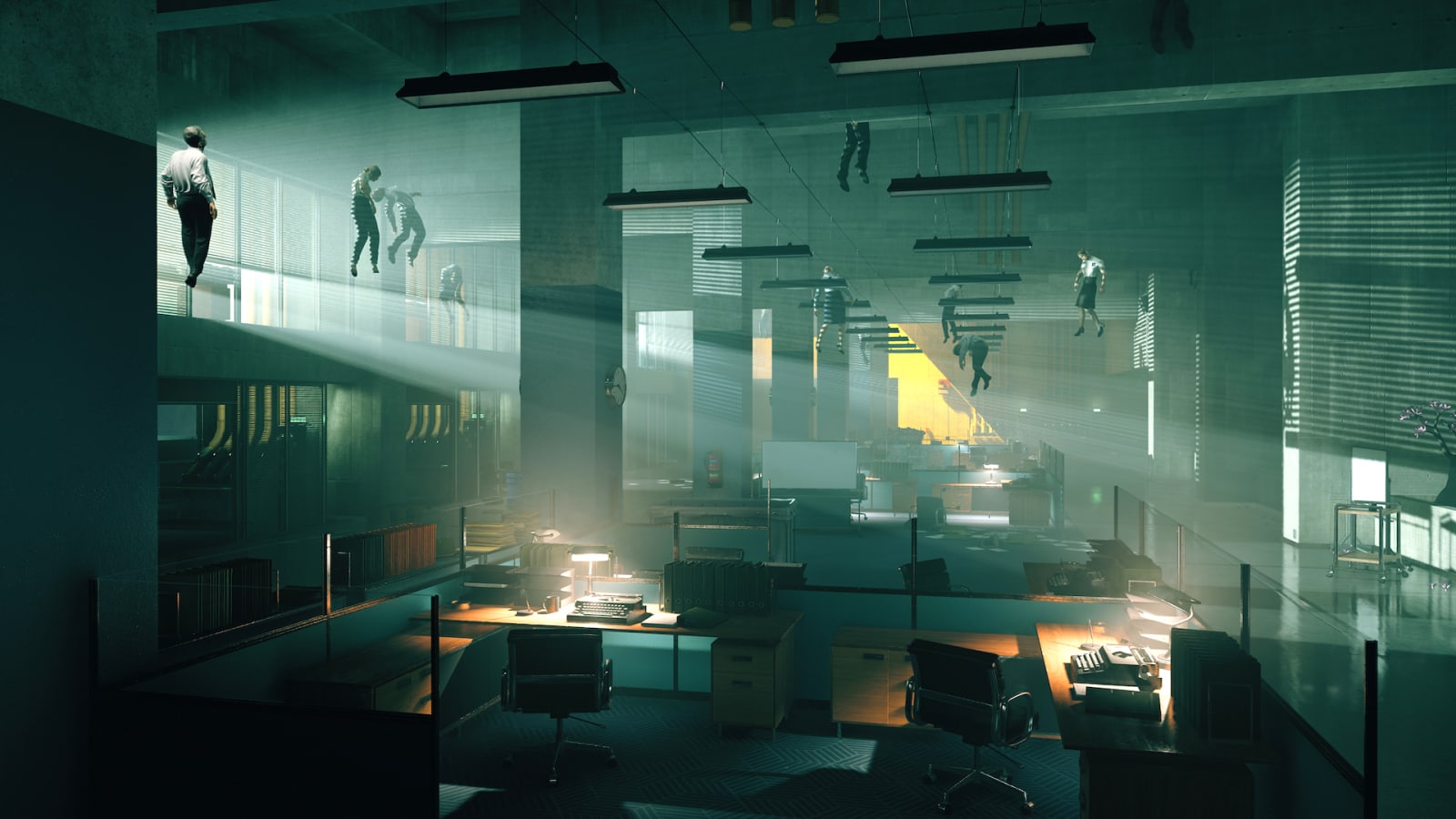 Rather than a game where every player will take the same path from start to finish, players can tackle rooms inside FBC headquarters how and when they see fit. And in classic Metroidvania style, there will be plenty of hidden-in-plain sight secrets and doors that will be inaccessible until you unlock certain abilities.

'We're trying to make something unexpected.'

"We're trying to make something unexpected," Megill said. She worked on Dishonored previously, as well as MMOs including Guild Wars 2. Megill said Remedy brought her on to help the team break out of its linear storytelling mode. "They're all for it," she said. Remedy collectively wants Control to be more gameplay-driven, for players to define what they're going to do next and when they're going to do it. "We don't have to reinvent the wheel on how to tell a narrative that's not linear, those examples are out there."

Megill mentioned that Remedy is taking a less-is-more approach to non-interactive narrative sequences this time out. Rather than bookending each gameplay chapter with a lengthy cutscene, Remedy will use them sparingly so they don't make up a bulk of the experience. Or overlay them on top of gameplay. It sounds like a far cry from Quantum Break, which appended an episode of a live-action TV show to each level.

She said that this time around, Remedy decided to have a less cinematic game and for players to have a more gameplay-driven experience, where they drive the narrative themselves through exploration, or combat. "We're not going to hold the player's hands through this," Megill warned. She said that in addition to the combat being challenging, the narrative is too, teasing that people should go into this expecting to use their brain not only for how they'll progress through the game, but how they interpret story beats as well. "That's what we want," she said.

Based on my brief demo, Control looks like the next step toward Remedy realizing its vision of highly stylized and cinematic video games, bringing back some familiar elements from the studio's previous work, refining them, and cranking the surrealism up to levels Quantum Break merely hinted at. Control will be released next year for PC, PlayStation 4 and Xbox One.