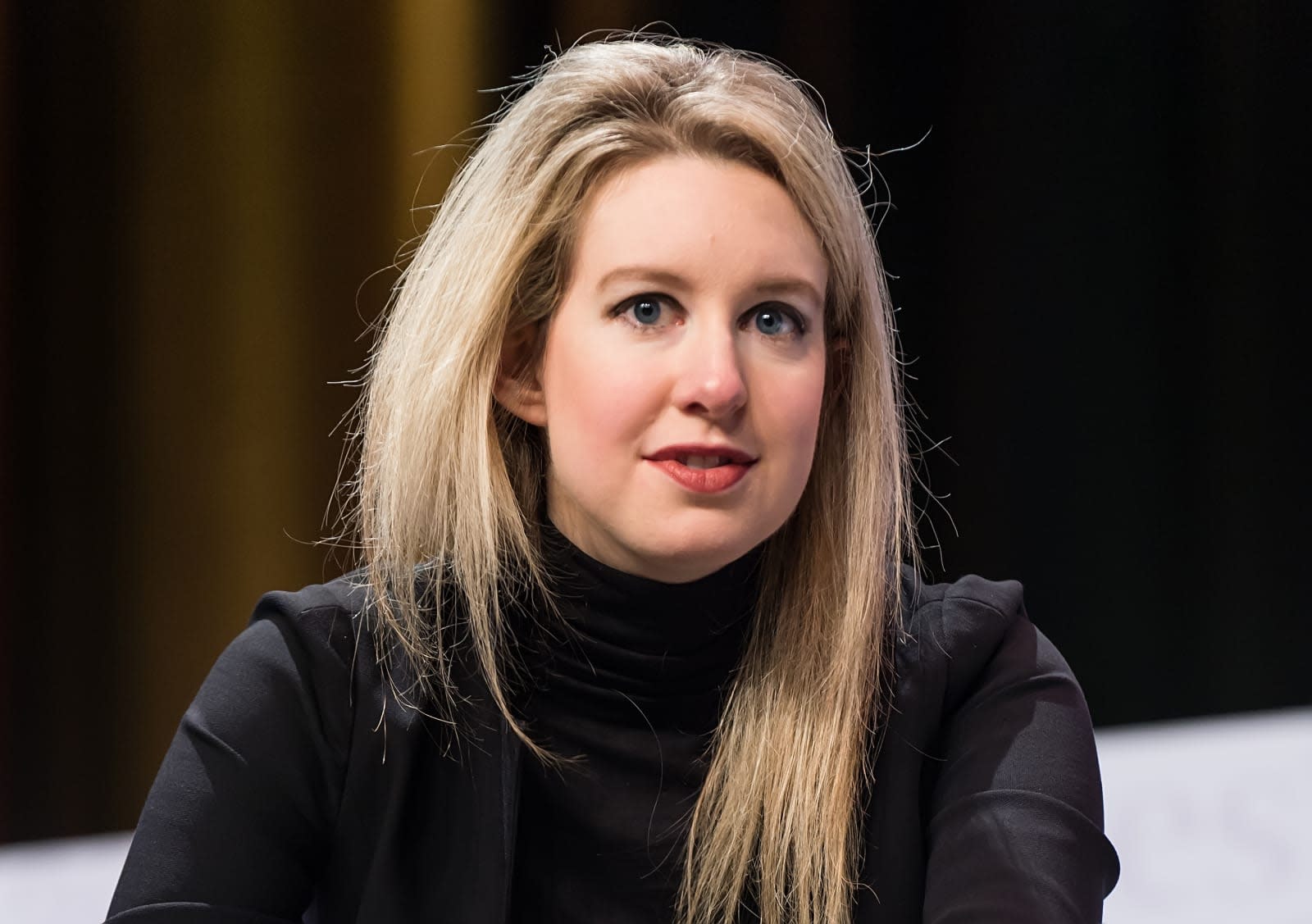 CNBC is reporting that Elizabeth Holmes has stepped down from her position as CEO of Theranos and the Department of Justice has indicted her on alleged wire fraud. Both the company and Holmes have been embroiled in scandal following reports that the blood tests it claimed to be working on weren't actually effective. Earlier this year, the Securities and Exchange Commission charged Holmes and Theranos with fraud.

In March, the SEC said the company made "false statements" about its technology, business and finances, raising over $700 million through "an elaborate, years-long fraud." Theranos claimed its product could test a small drop of blood for a number of diseases, but it was never able to back that up. Prior to being charged with fraud, Theranos also went through some serious financial troubles, laid off hundreds of employees and was hit with multiple lawsuits. In a settlement with the SEC, Holmes agreed to pay a $500,000 fine and return 18.9 million shares of Theranos stock. She was also barred from serving as an officer or director of a public company for 10 years.

Along with Holmes, Ramesh "Sunny" Balwani, former president of Theranos, is being charged by the DOJ as well. Both Holmes and Balwani appeared before US Magistrate Judge Susan van Keulen today where they were arraigned on nine counts of wire fraud and two counts of conspiracy to commit wire fraud. "This indictment alleges a corporate conspiracy to defraud financial investors," FBI Special Agent in Charge John Bennett said in a statement. "More egregiously, this conspiracy misled doctors and patients about the reliability of medical tests that endangered health and lives." The DOJ claims that Holmes and Balwani knew Theranos' product wasn't as effective as the company had been describing. "For example, allegedly, Holmes and Balwani knew that the analyzer, in truth, had accuracy and reliability problems, performed a limited number of tests, was slower than some competing devices and, in some respects, could not compete with existing, more conventional machines," it said in a statement.

The DOJ's indictment also alleges that Holmes and Balwani faked technology demonstrations and used other companies' equipment to perform tests the company claimed to be running on its own analyzers.

CNBC reports that Holmes will still chair Theranos' board and the company's general counsel, David Taylor, has been appointed CEO. If convicted, Holmes and Balwani face a maximum prison sentence of 20 years, a $250,000 fine and restitution for each count of wire fraud.

In this article: business, elizabethholmes, Fraud, gadgetry, gadgets, gear, medicine, sec, theranos
All products recommended by Engadget are selected by our editorial team, independent of our parent company. Some of our stories include affiliate links. If you buy something through one of these links, we may earn an affiliate commission.