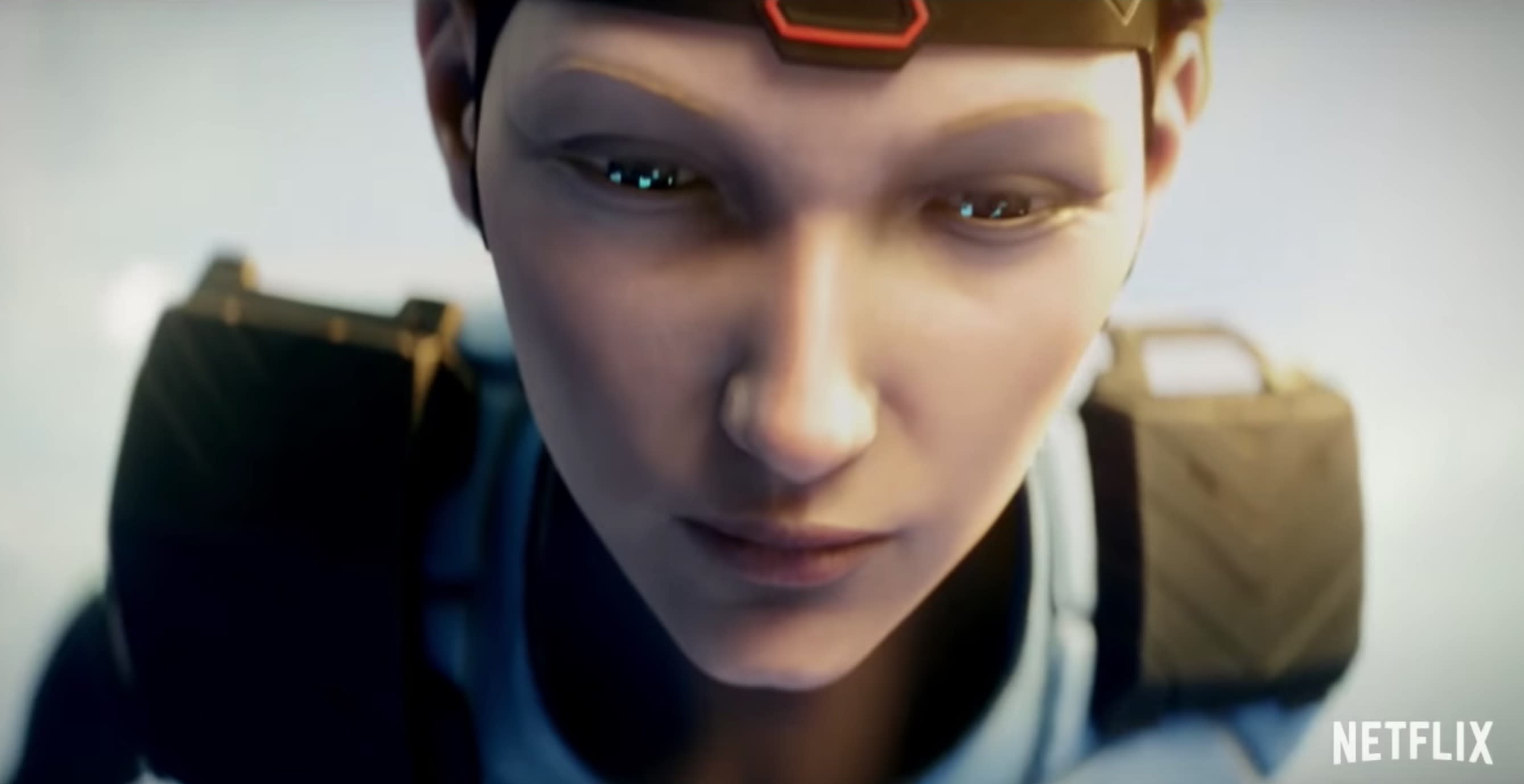 VR cautionary tale Kiss Me First finally has a release date and an official trailer. The sci-fi gaming drama is coming to Netflix June 29th. From the creators of UK television series Skins, Kiss Me First revolves around a lonely woman who connects with a "party girl" and discovers a virtual world full of excitement... and murder.

The movie is made by the same people who brought UK drama series Skins to life, which ran from 2007 to 2010, with a final season broadcast in 2013. Kiss Me First is based on a YA novel by Lottie Moggach, about Leila, a teenager who gets addicted to a video game called Agora. She meets Tess and the pair quickly become friends. Tess then disappears, Leila takes on the missing friend's identity in the game, and secrets are revealed. The mix of live action and CGI is on display in the trailer, though it's hard to say whether that will impact the storytelling for good or ill: we'll have to wait until the end of the month to find out.

In this article: av, bbc, channel4, drama, entertainment, kissmefirst, movie, netflix, skins, video, vr
All products recommended by Engadget are selected by our editorial team, independent of our parent company. Some of our stories include affiliate links. If you buy something through one of these links, we may earn an affiliate commission.