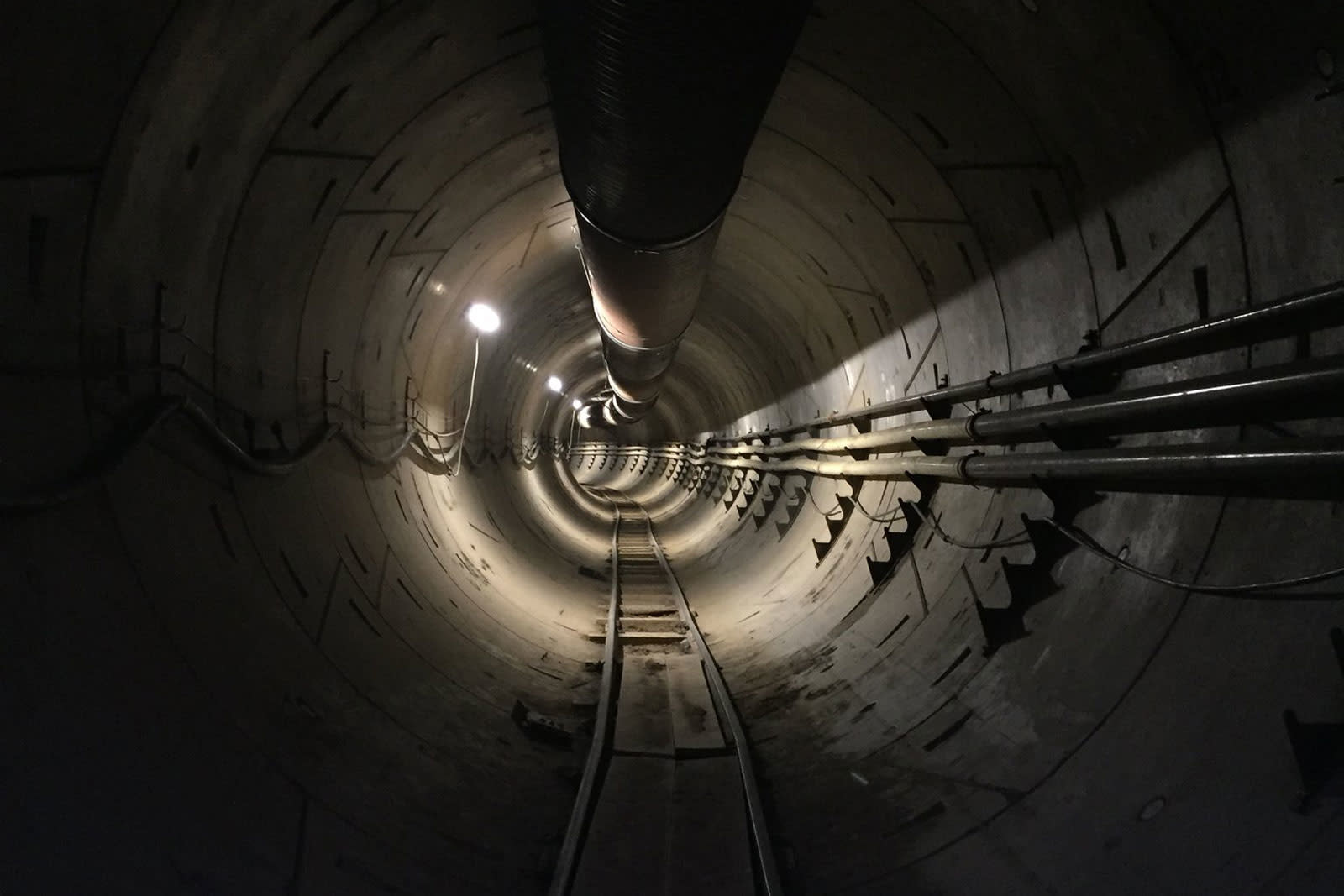 Someday, The Boring Company's tunnels could become a busy network of passenger-carrying shuttles, private vehicles and bicycles trying to dodge traffic. But right now, its existing tunnel under LA is pretty ahem boring -- save for a short moment last week when the company tested its vehicle transportation platform using a Tesla, that is. Sure, the event wasn't nearly as exciting as the time SpaceX sent Elon Musk's cherry-colored Roadster to space, but it still shows how a platform running on the tunnel's tracks would ferry private vehicles from one point to another.

The Boring Company chose to prioritize providing a transportation system for pedestrians, but it will still provide private vehicles a quick way to get to their destinations in the face of unyielding traffic. Just recently, it revealed that Tesla will manufacture the high-speed pods to be used for public transportation. It also announced Chicago's decision to choose the company to build a high-speed transit system between the O'Hare International Airport and downtown.

The platform will likely be much faster in the future, but for now, you can watch the test go down in the video above.

In this article: boringcompany, california, gear, modelx, tesla, test, transportation, tunnel
All products recommended by Engadget are selected by our editorial team, independent of our parent company. Some of our stories include affiliate links. If you buy something through one of these links, we may earn an affiliate commission.