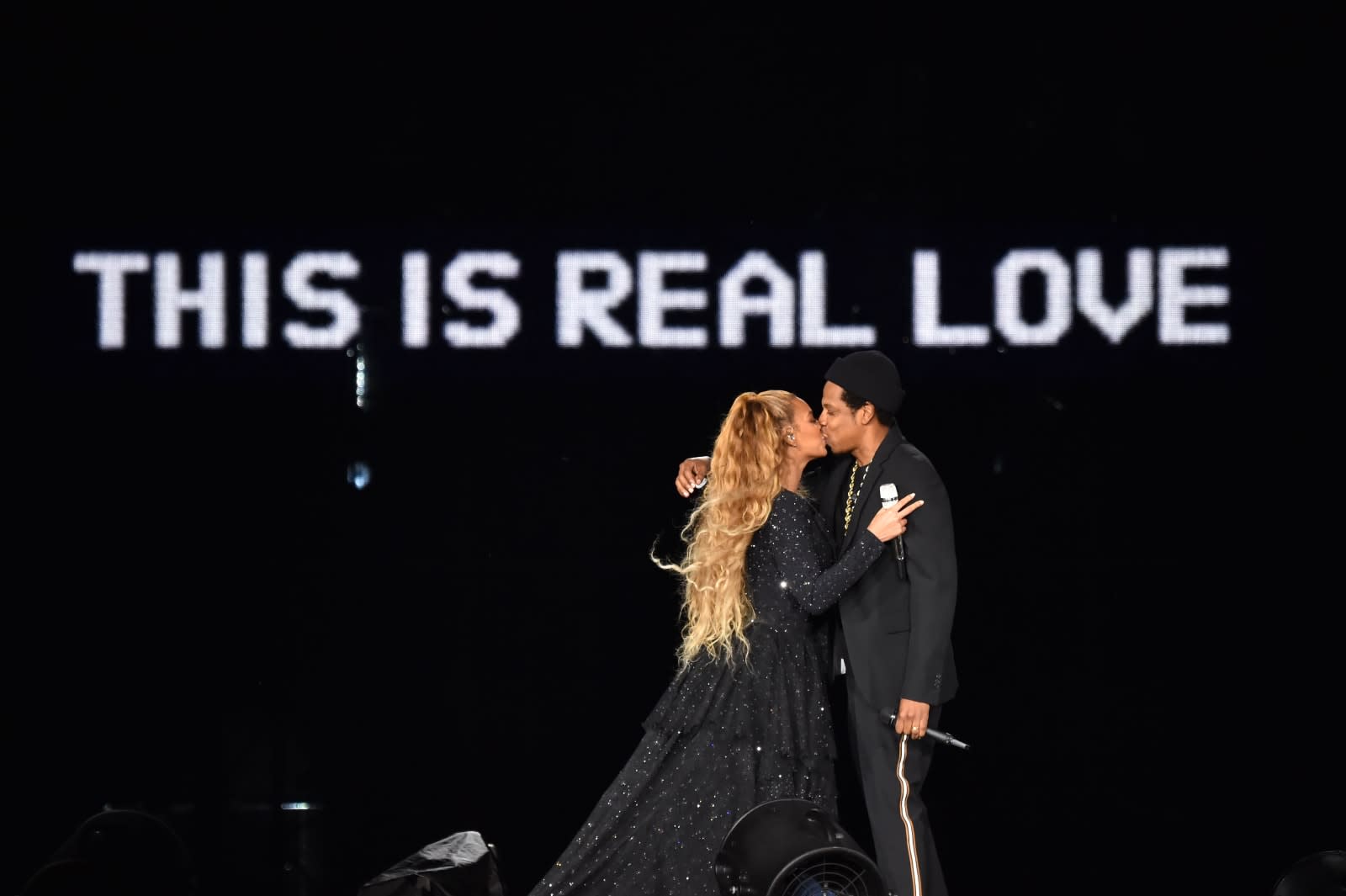 Beyoncé did a Beyoncé thing (along with her husband Jay-Z) over the weekend and released her (their) new album on Tidal with no prior warning. The pair are part-owners of Tidal, which was also the exclusive home of her previous album, Lemonade. But Tidal's sole dominion over the Carters' Everything Is Love didn't last long; it's already available to stream on Spotify Premium, Apple Music and Amazon Music Unlimited. The album will hit Spotify's free tier in two weeks.

The Spotify release is particularly surprising. On the album track "NICE," Beyoncé raps, "Patiently waiting for my demise 'cause my success can't be quantified / If I gave two fucks about streaming numbers woulda put Lemonade up on Spotify." So, it doesn't seem that expanding availability so quickly was ostensibly about boosting streaming stats to help Everything Is Love soar up the Billboard charts this week (though it will definitely do just that). Lemonade is still not available on Spotify, two years after it was released. Ironically, Tidal has been accused of inflating streaming numbers for Beyoncé and Kanye West.

It's also hard to imagine that the short exclusivity window will prove effective in hooking new paid subscribers for Tidal; newcomers get a free 30-day trial, and signing up for more accounts with dummy email addresses is a cinch. The album announcement unquestionably grabbed a bunch of new listeners for Tidal, but how many, and whether they stick around beyond the trial, remains to be seen -- especially now the album is available elsewhere. Keeping one track as a Tidal exclusive probably won't move the needle too much in the long-term either.

In this article: amazon, amazonmusic, amazonmusicunlimited, applemusic, av, beyonce, entertainment, everythingislove, gear, jayz, services, spotify, tidal
All products recommended by Engadget are selected by our editorial team, independent of our parent company. Some of our stories include affiliate links. If you buy something through one of these links, we may earn an affiliate commission.