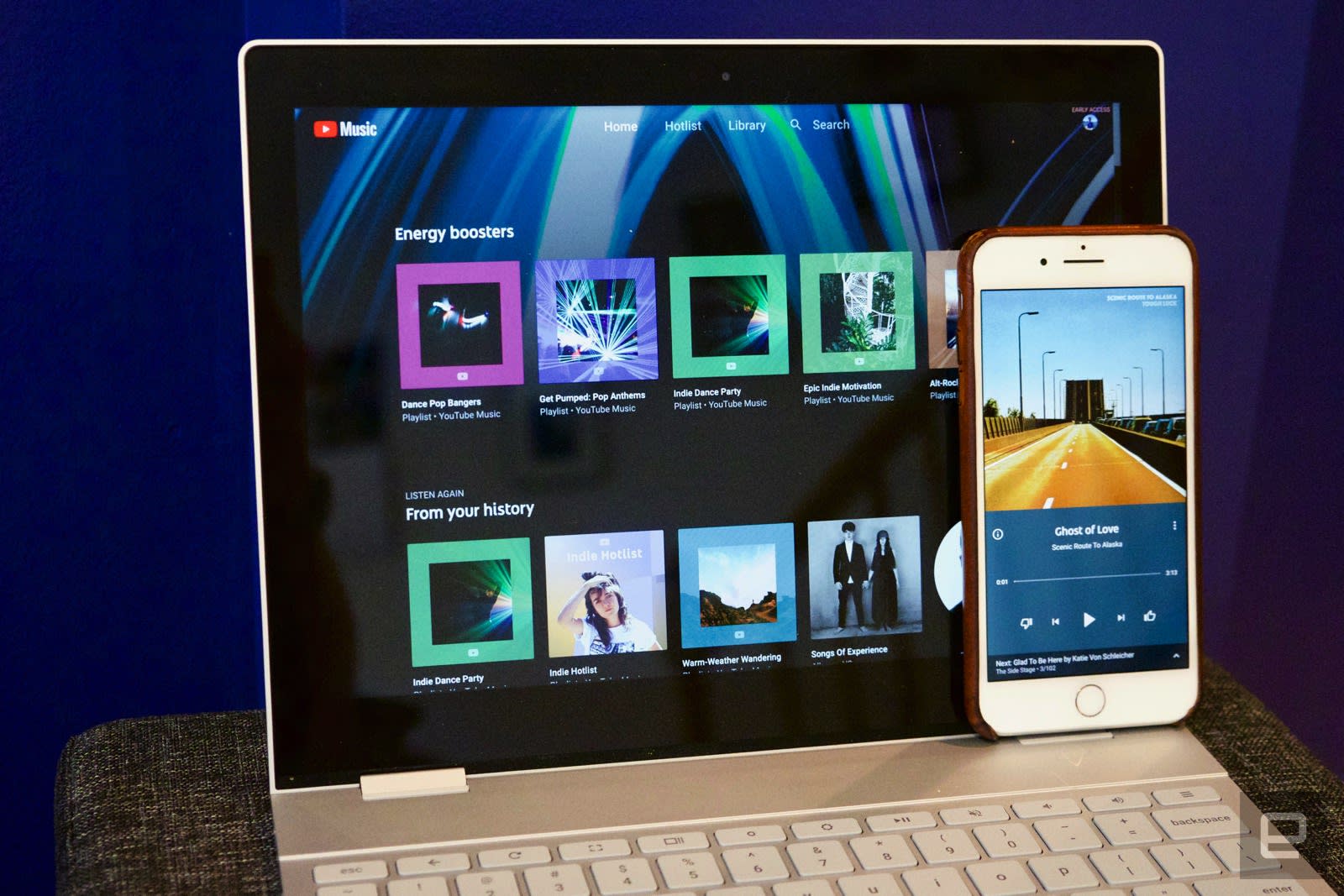 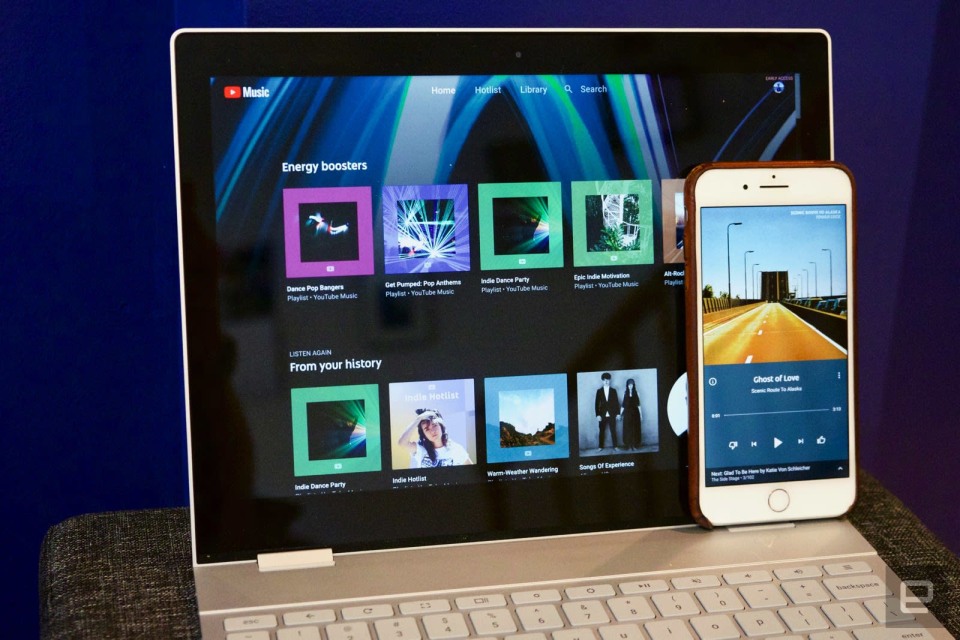 As expected, Google has announced that YouTube Music and YouTube Premium will continue its global rollout, coming to 11 more countries. The list of nations now able to take advantage of the two platforms has swelled to include the UK, Canada, France, Germany, Russia, Italy and Spain.

There are no substantial changes to the product that launched in the US earlier this year, with YouTube Music putting an emphasis on finding you tunes to love. The app, which we reviewed extensively here, is designed to learn your music taste and curate playlists and tracks that will suit your needs. Algorithms will also sniff other contextual data, like the time of day and where you are, to further tailor the tunes.

And much like the existing service, there are two different options for users looking to hitch themselves to Google's wagon. Music Premium, which in the UK retails for £9.99 (CAD $9.99 / €9.99) a month, offers ad-free music, background listening and downloads of your favorite tracks from Google's extensive library. And, to celebrate coming to the UK, Google has announced that The Beatles' back-catalog is now available.

YouTube Premium, meanwhile, is priced at £11.99 (CAD $11.99 / €11.99) and offers everything in the lower tier, as well as the chance to never again watch a pre-roll advert before a YouTube clip. But the big draw is the site's growing catalog of original series, including the shock critical darling Cobra Kai, a three-decades-later sequel to The Karate Kid. In addition, YouTube is crowing about the Doug Liman-produced Impulse, a spin-off to his film Jumper, and soccer documentary F2: Finding Football. In addition, users who subscribe to Premium will also get a Google Play Music subscription automatically. YouTube Premium is also making an effort to connect with local fans, and will commission original content from each country it launches in. In the UK, that means a launch of The Sidemen Show, a big-budget version of the eponymous YouTube channel. In it, the seven Sidemen are sent onto various missions across the globe by celebrities including Bear Grylls and Nicole Scherzinger.

YouTube Music is the company's latest attempt to gain a foothold in a world dominated by Spotify and Apple Music. Like the former, it is offering an ad-supported version of its product, and users can use YouTube Music for free. Google doesn't, however, think of these freeloading users as a problem, but a benefit. "We think it's valuable to have users who can't pay," said YouTube executive T. Jay Fowler, adding that they are thought of as a part of Google's "ecosystem."

The big selling point isn't so much the catalog, although as Google builds out YouTube's original content, that will become more of a big deal. Instead, it's all of the algorithmic tweaks that the company hopes will do a better job of pointing you to new music than its rivals. Not to mention that, thanks to Google's deep history in search, users can search for misquoted lyrics and be directed to the right tune. The example used was if you type "Starbucks Lovers" into search, Taylor Swift's Blank Space will pop up.

In order to tempt customers to make the switch from their existing music service to YouTube, the company is offering a three-month free trial. And the app is now available for both Android and iOS, and can also be viewed online at music.youtube.com.

In this article: av, entertainment, gear, google, YouTubeMusic, YouTubePremium, YouTubeRed
All products recommended by Engadget are selected by our editorial team, independent of our parent company. Some of our stories include affiliate links. If you buy something through one of these links, we may earn an affiliate commission.