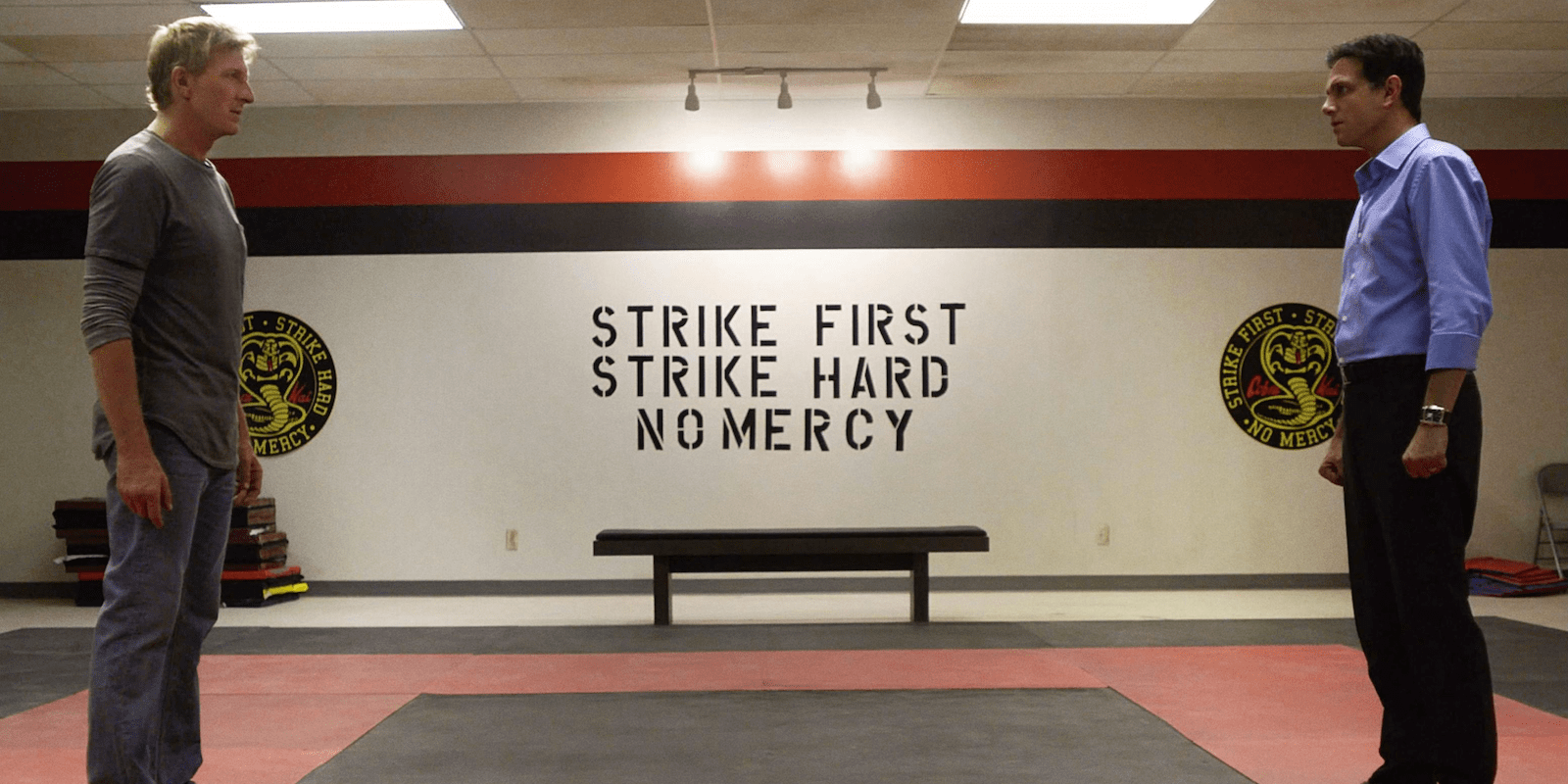 YouTube Red's Karate Kid sequel, Cobra Kai, premiered earlier this month and it has already been renewed for a second season. The first episode has over 20 million views, according to YouTube, and the season currently has a 100 percent rating on Rotten Tomatoes, making the show a pretty big success for the subscription service. "This series had all of the right elements from the very beginning -- compelling characters, a storied rivalry and the talented original stars," Susanne Daniels, YouTube's global head of original content, said in a statement. "The way viewers have embraced the new twist on this beloved franchise has been nothing short of amazing."

Back by popular demand... #CobraKai. RT if you're pumped for #CKSeason2. 💪 pic.twitter.com/OCz5QLxC3x

In the reboot, Ralph Macchio and William Zabka reprise their roles as Daniel LaRusso and Johnny Lawrence. Lawrence opens his own dojo in his search for redemption while LaRusso, though successful, is struggling a bit without Mr. Miyagi to guide him. The first season was written, produced and largely directed by Josh Heald (Hot Tub Time Machine) and Harold and Kumar writers Jon Hurwitz and Hayden Schlossberg. The three will also write, produce and direct season two.

Cobra Kai's second season will begin production later this year and is scheduled to premiere on YouTube Red in 2019. "Continuing the Karate Kid saga with YouTube Red has been a dream come true," Heald, Hurwitz and Schlossberg said in a statement. "We are grateful to all our creative partners for giving us the freedom to revisit and expand the LaRusso/Lawrence rivalry. And we are truly exhilarated by the tidal wave of support from fans of this story, both old and new."

In this article: av, cobrakai, entertainment, karatekid, services, youtube, youtubered
All products recommended by Engadget are selected by our editorial team, independent of our parent company. Some of our stories include affiliate links. If you buy something through one of these links, we may earn an affiliate commission.