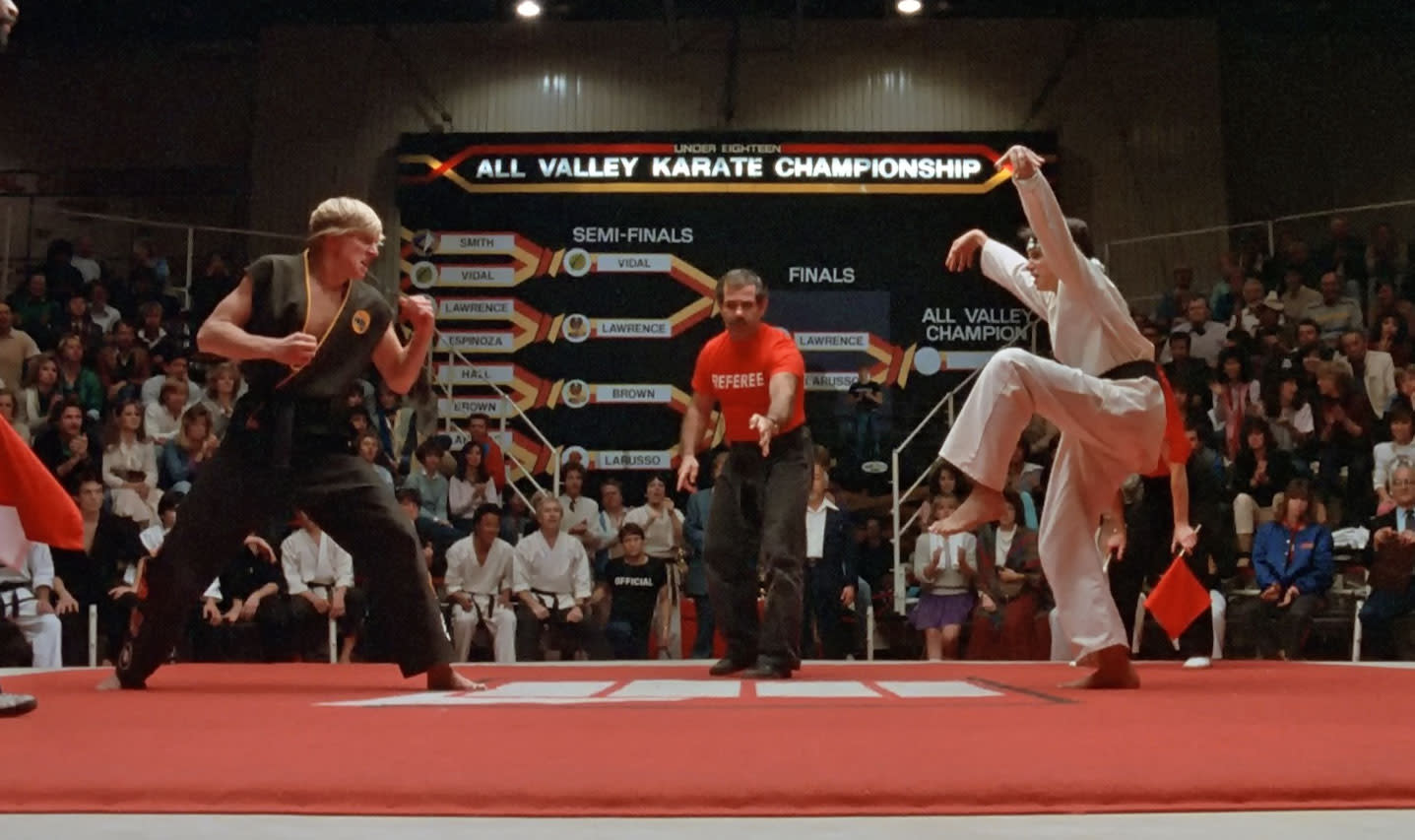 Ralph Macchio and William Zabka are getting back together to reprise their roles as Karate Kid's Daniel LaRusso and Johnny Lawrence in a 10-episode TV series called Cobra Kai. Announced today, the series takes place three decades after the 1984 All Valley Karate Tournament of the original film. LaRusso, though successful, is finding life a little difficult without Mr. Miyagi to mentor him and a struggling Lawrence reopens the Cobra Kai dojo in an attempt to find some redemption. The two work out their issues through karate in the comedy's half-hour episodes.

While offers for the series reportedly came from Netflix, Amazon, Hulu and AMC, YouTube Red was the victor and the series is set to premiere on the streaming service in 2018. YouTube recently announced a slew of new shows for 2017 and a handful of renewals. It also said that its original shows have hit nearly a quarter billion views. As noted by the Hollywood Reporter, YouTube execs have been looking to attract a slightly older audience than what it has been and the reboot seemed like a good way to do that. But I don't know if true fans of The Karate Kid are going to be into a TV comedy series that will have a hard time standing up to the original.

Cobra Kai will be written and produced by Hot Tub Time Machine's Josh Heald alongside Jon Hurwitz and Hayden Schlossberg of Harold and Kumar. "Like everyone who grew up in the 1980s, the three of us are enormous fans of The Karate Kid​," the three said in a statement. "Cobra Kai​ will be a true continuation of the original films — packed with comedy, heart and thrilling fight scenes. We can't wait to reignite the LaRusso-Lawrence rivalry, and we're thankful to our partners at YouTube Red, Sony Pictures Television and Overbrook for their shared enthusiasm in making our dream project a reality."

In this article: amazon, amc, av, entertainment, google, hulu, netflix, TV, youtube, youtubered
All products recommended by Engadget are selected by our editorial team, independent of our parent company. Some of our stories include affiliate links. If you buy something through one of these links, we may earn an affiliate commission.