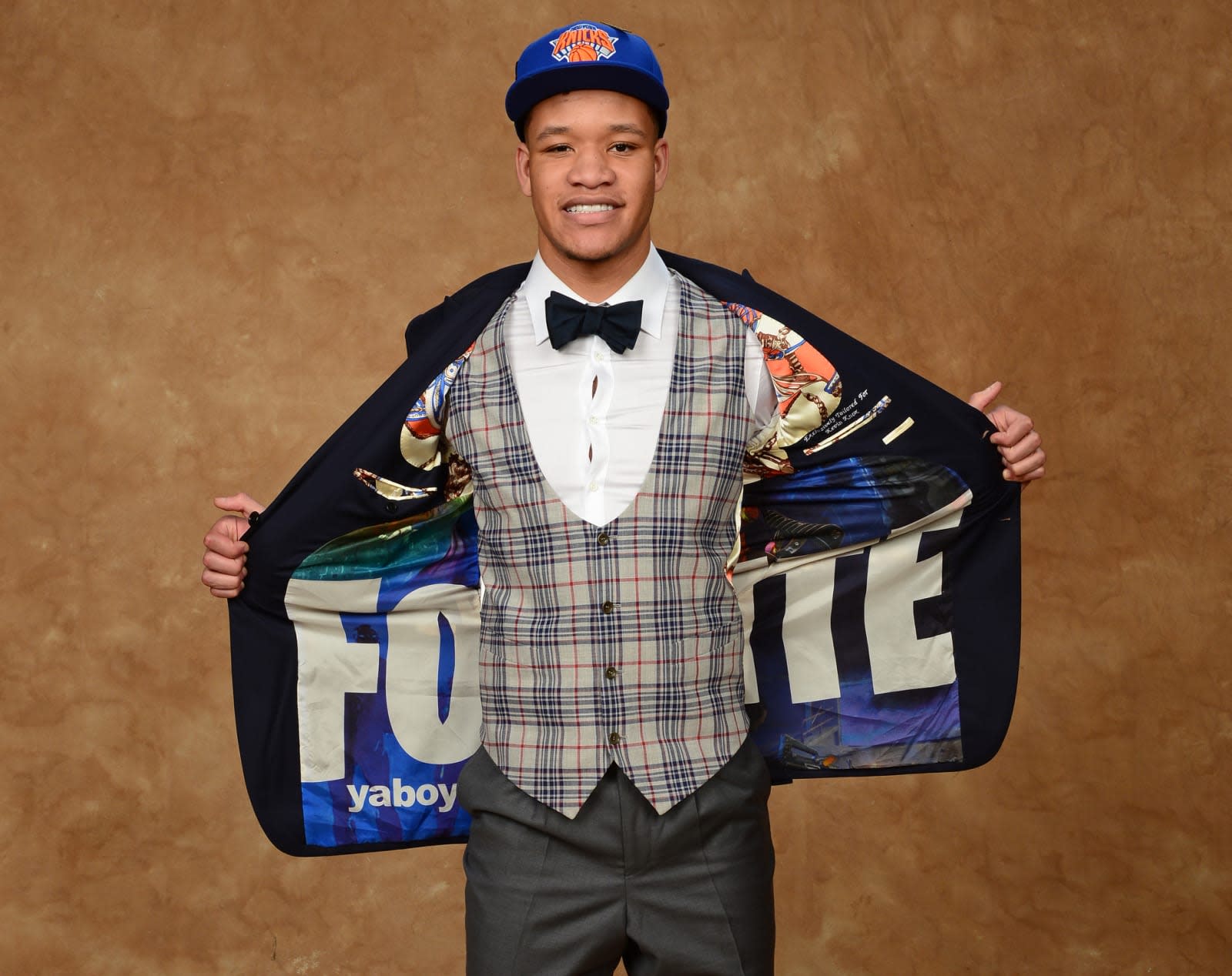 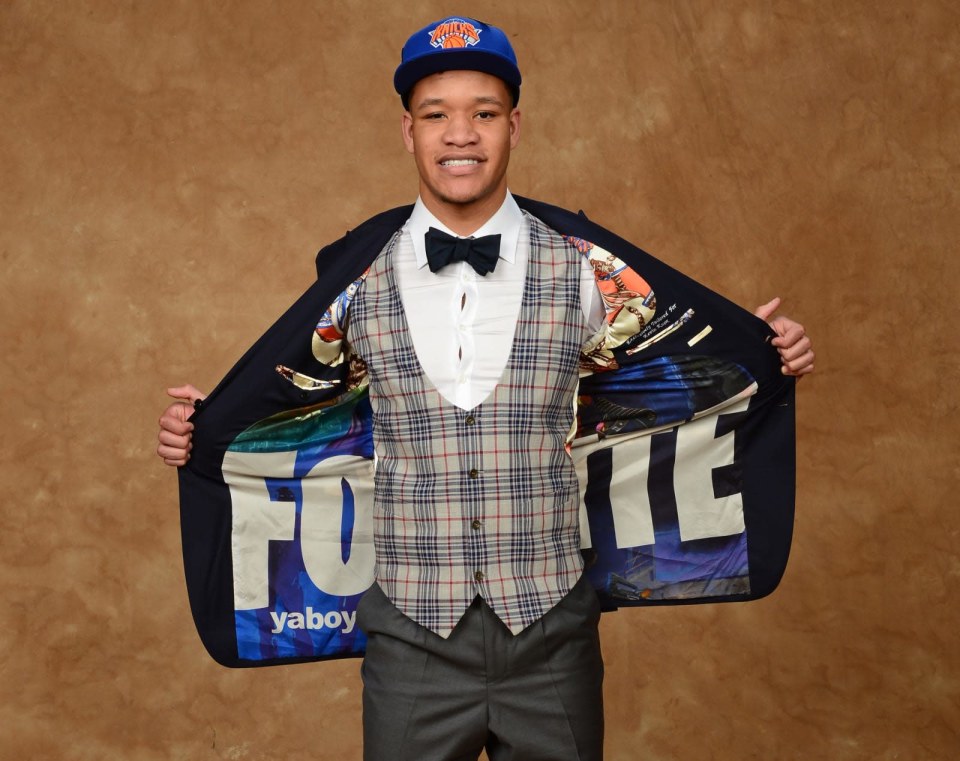 Last night the (real, not 2K League) NBA Draft took over the Barclays Center in New York, and once again, Fortnite was on display. Considering the age of most top picks it's not surprising the game has fans among players, but Kevin Knox took his tribute to the next level by putting the game's logo on the inner lining of his suit jacket. He won't be the only player in the league by far, as guys like Andre Drummond and Kenneth Faried showed up for the E3 Pro-Am event, Celtics player Gordon Hayward was streaming the game last season while recovering from a broken leg, and Knox has already been getting games in with number one draft pick Deandre Ayton.

Knox ended up going number nine to the New York Knicks and (as is customary) was booed by the crowd in his new home city. Hopefully, he and star player Kristaps Porzingis can work on their chemistry by playing duos until Porzingis returns from a torn ACL.

.@gordonhayward was streaming Fortnite and a surprise visit from his daughter nearly got him eliminated. 🤣

In this article: entertainment, fortnite, gaming, internet, kevinknox, nba, nbadraft
All products recommended by Engadget are selected by our editorial team, independent of our parent company. Some of our stories include affiliate links. If you buy something through one of these links, we may earn an affiliate commission.