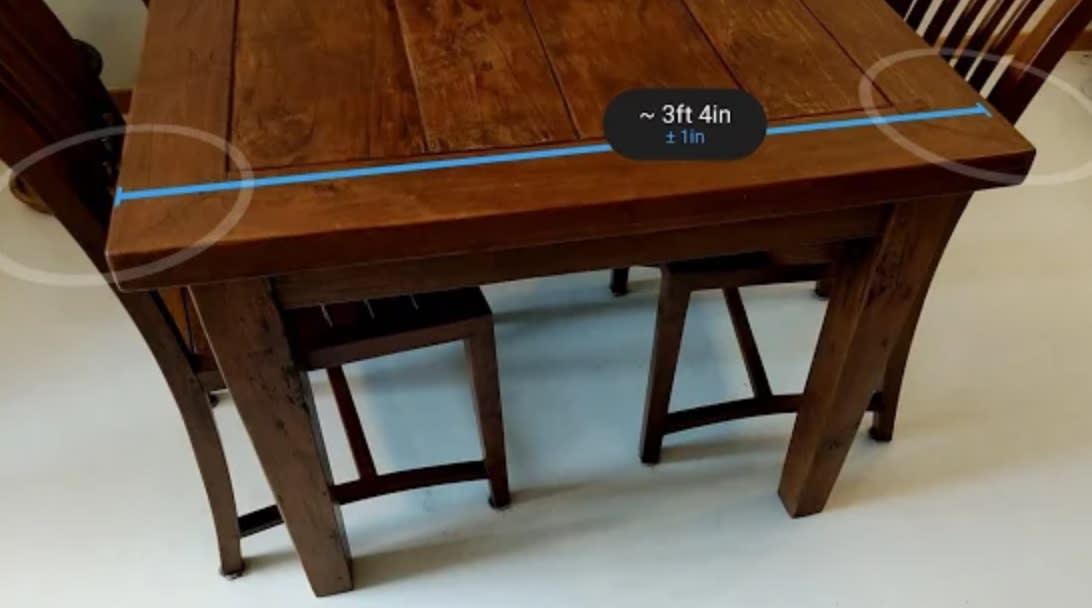 Google Measure, the digital substitute app for anyone who doesn't own a physical tape measure, has just received a much needed update. In contrast to the earlier version -- which was limited to Google's augmented reality (AR) platform Tango -- the new and improved Measure works with any smartphone supporting ARCore (running Android 7.0 and up).

Measure's increased availability couldn't have been timed better. Competitor Apple recently put the pressure on with its unveiling of ARKit 2, which will introduce persistent AR and shared experiences. It also unveiled its own Measure app as part of iOS 12. As the name suggests, Measure enables you to estimate the length, width and areas of items in the natural world (by dragging specially designed tools) and save images of them for future reference.

When Google bid farewell to Tango, ARCore took its place as the next serious endeavor in augmented reality research and development. It's essentially a software development kit (SDK) that allows developers to create AR apps, and superimpose 3D objects onto real-world locations. Back in March, Google showed off 60 new apps relying on ARcore technology -- a number which is likely to grow as the nascent AR field matures.

In this article: ar, arcore, augementedreality, gear, google, googlemeasure, mobile
All products recommended by Engadget are selected by our editorial team, independent of our parent company. Some of our stories include affiliate links. If you buy something through one of these links, we may earn an affiliate commission.