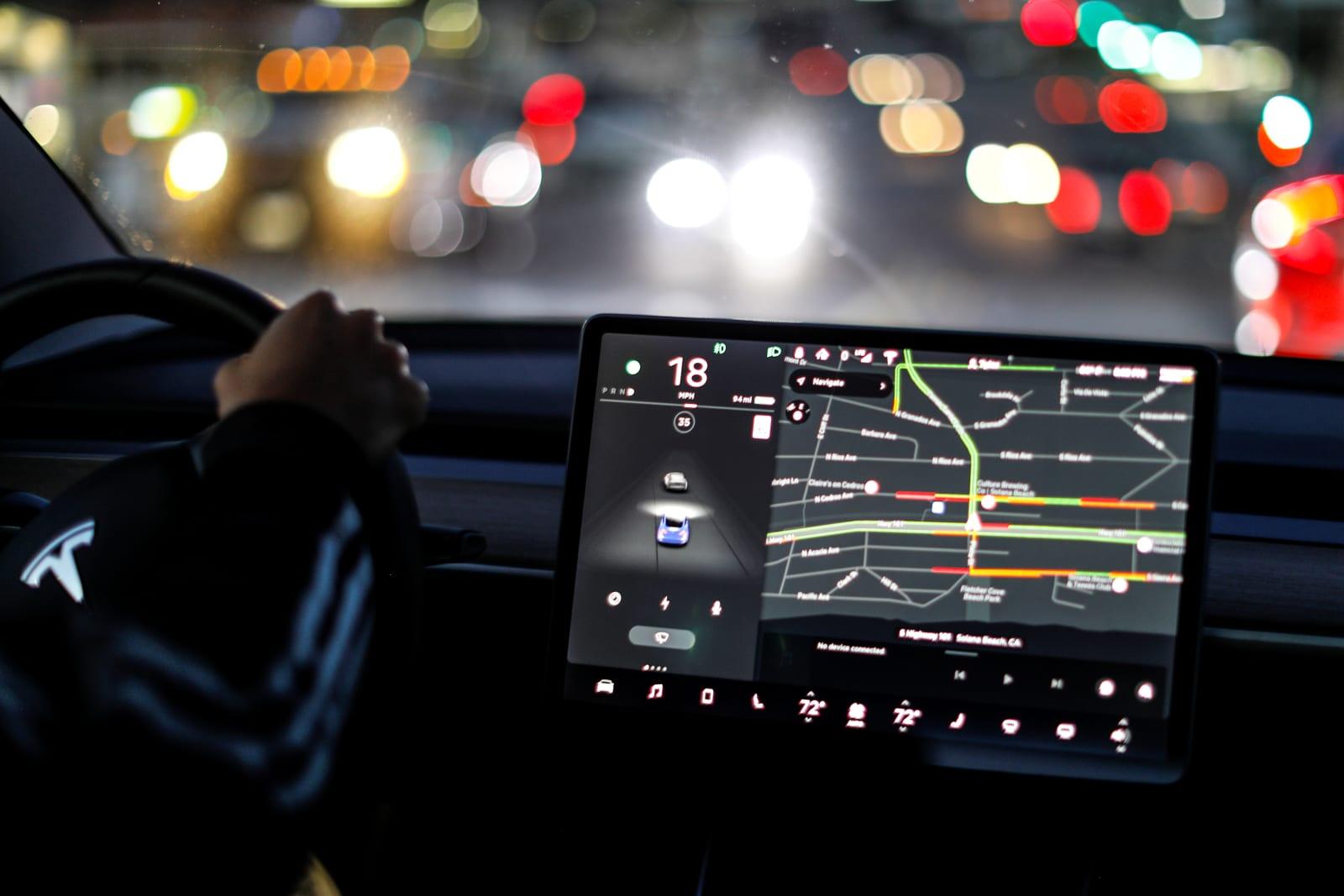 Ever since Tesla started offering cellular data access in its cars, there's been the implication that it would eventually charge for service. In 2014, it indicated that would start charging in 2018. Four years later, that moment is at hand... although it's not playing out as you'd expect. Electrek has obtained a sales team email indicating that Tesla is launching a paid Premium Connectivity package for cars ordered on or after July 1st. There will still be no-extra-charge (Standard Connectivity) cell access, according to the email -- you'll just have to pay to get features that current owners take for granted.

You'll still get navigation (with traffic-based routing) over cellular as well as live Supercharger usage info and safety-related car updates. Anything that's essential to the experience and doesn't consume too much data will remain free, to put it another way. Most everything else, however, will fall under the Premium package. That includes the satellite view, live traffic visuals, the web browser, music streaming and non-safety updates. It's a good thing Tesla just added WiFi access to the Model 3, then.

The price reportedly hasn't been nailed down, but the target is roughly $100 per year. That's a bit of a hassle, but something you can probably afford if you own a Tesla. As it is, you'll get a year's worth of free Premium Connectivity if you buy a Model 3 with the Premium Interior option, or any Model S or Model X. And if you've already ordered a car before July 1st, everything remains free -- a slight relief if you bought a Model S back in 2014 and were dreading that first data bill.

As with the decision to start collecting payment for Supercharger access, this really comes down to the scale of service and its effect on Tesla's bottom line. It's relatively easy to offer free cellular data when you're selling a small number of luxury cars per year, but it's another matter entirely when you're selling hundreds of thousands of (relatively) mainstream vehicles. The Premium package could help offset millions in data costs and assuage providers worried that their networks will come under strain from legions of Tesla drivers streaming tunes during their commutes.

In this article: electriccar, electricvehicle, ev, gear, internet, lte, model3, models, modelx, tesla, transportation
All products recommended by Engadget are selected by our editorial team, independent of our parent company. Some of our stories include affiliate links. If you buy something through one of these links, we may earn an affiliate commission.