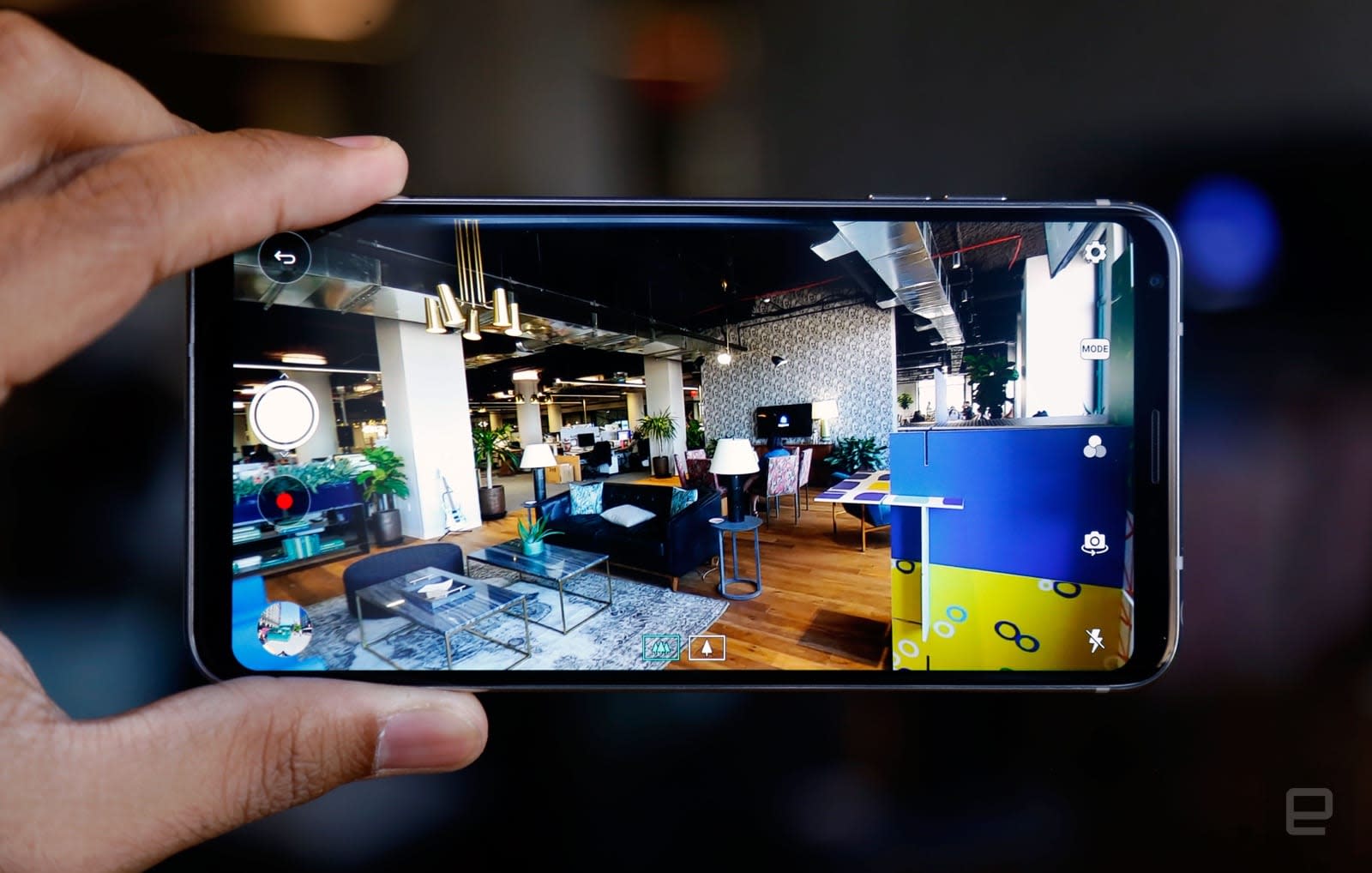 LG may be taking a cue from The Onion when it comes to overkill product design. A source talking to Android Police claims that the next V-series smartphone (possibly the V40 ThinQ, according to Evan Blass) will include five cameras. Suddenly, Huawei's P20 Pro seems downright conservative. Two of them would sit on the front and might be used for depth-based face recognition, while the remaining three would sit on the back and could provide new depth-of-field or zoom effects.

Otherwise, you'd be looking at what you'd largely expect: an upscale version of the G7 ThinQ from earlier in the year. It would include a notched display, a Snapdragon 845 chip and a Google Assistant button while throwing in V-series staples like a Quad DAC for improved audio quality.

Earlier scoops had the V40 arriving in late summer or early fall. The question is whether or not it'll see a lot of uptake. LG has muddied its lineup somewhat with two in-between V phones (the V30S ThinQ and V35 ThinQ), and there's no guarantee that customers will be entranced by yet another iteration regardless of how substantial an upgrade it is. If there's any certainty, it's that this won't be the last five-camera phone you see.

In this article: android, gear, lg, mobile, photography, smartphone, v40, v40thinq
All products recommended by Engadget are selected by our editorial team, independent of our parent company. Some of our stories include affiliate links. If you buy something through one of these links, we may earn an affiliate commission.