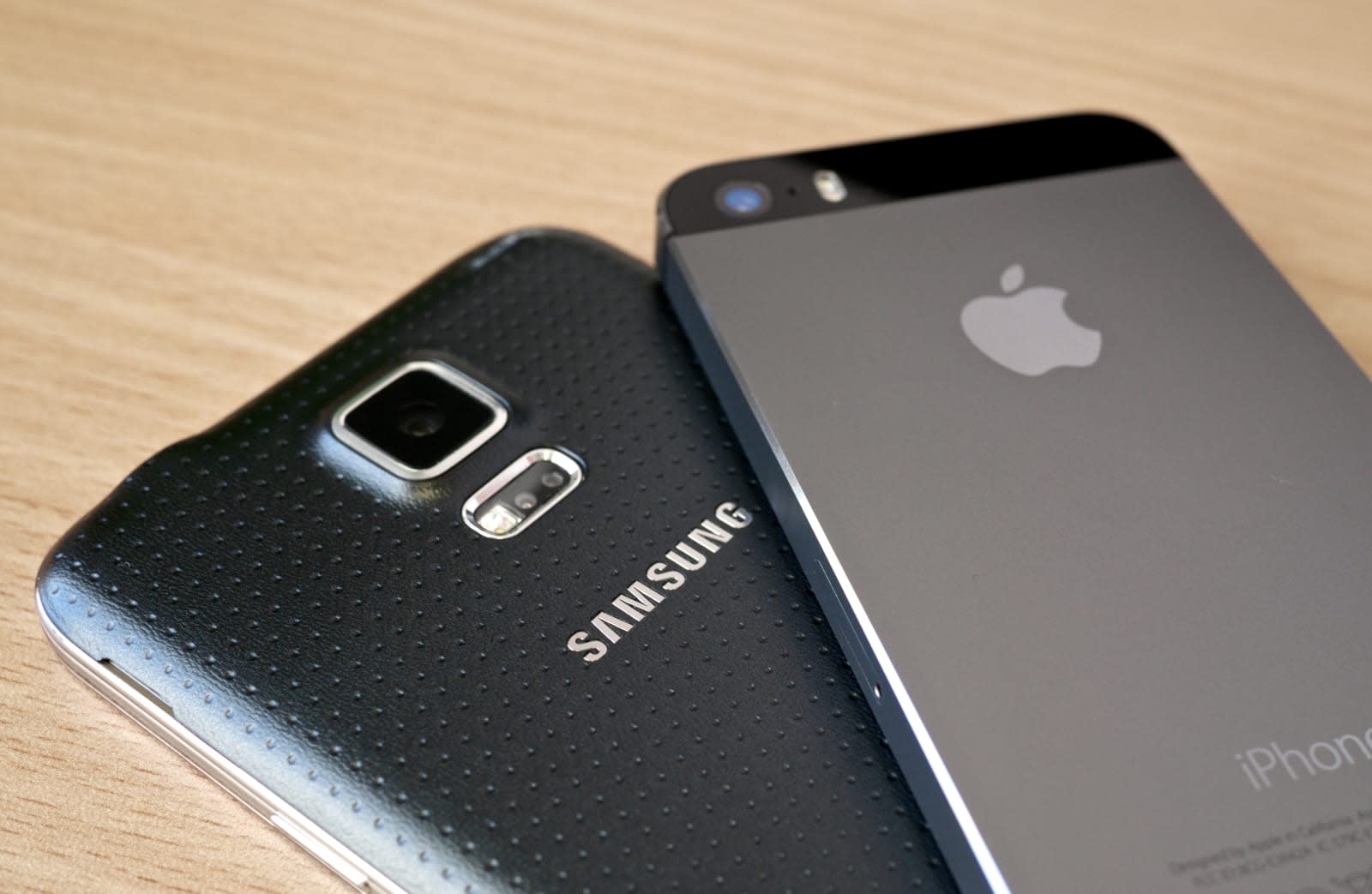 It looks like Apple and Samsung are finally burying the hatchet over the long-standing US patent dispute they've been fighting for the past several years. According to Reuters, the settlement was filed at the US District Court for the Northern District of California on Wednesday. No terms were disclosed.

The original lawsuit saw Apple go after Samsung for allegedly infringing on Cupertino's iPhone user interface, basic design and advertising, along with several patents, including the iOS home screen, iPhone 3G design patents, the Messages interface, the "bounce back" effect when you scroll too far (like the modern pull to refresh feature) and other various user interface and app patents. Apple sought the removal of the Galaxy devices, and the two behemoths have been duking it out in court ever since 2011.

When reached for comment, an Apple spokesperson referred us back to the May court decision that found Samsung liable for $539 million in damages.

"We believe deeply in the value of design," said the spokesperson, "and our teams work tirelessly to create innovative products that delight our customers. This case has always been about more than money. Apple ignited the smartphone revolution with iPhone and it is a fact that Samsung blatantly copied our design. It is important that we continue to protect the hard work and innovation of so many people at Apple.

We're grateful to the jury for their service and pleased they agree that Samsung should pay for copying our products."

We are still waiting to hear back from Samsung, but will update this post if we do.

In this article: apple, business, court, dispute, gear, lawsuit, patent, samsung, settlement, uspatents
All products recommended by Engadget are selected by our editorial team, independent of our parent company. Some of our stories include affiliate links. If you buy something through one of these links, we may earn an affiliate commission.