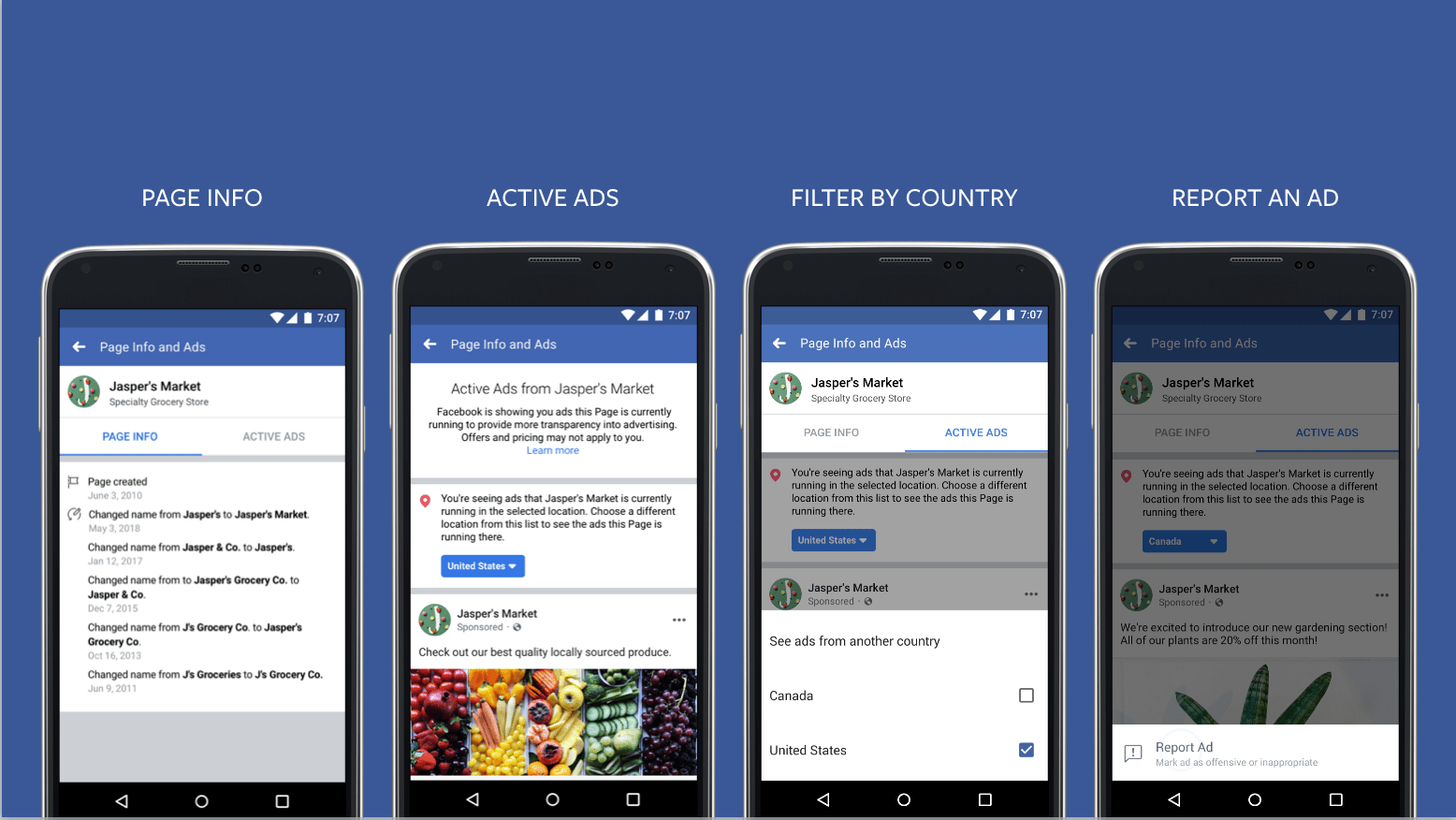 A day after it was reported that Facebook was getting ready to launch new ad transparency tools globally, the company is now making a major change to Pages. Starting today, people will be able to see any active ads running on a Page across Facebook, Instagram and Messenger, even if they're not being served to them specifically. On Facebook's site, you can go to a Page and you'll see a new "Info and Ads" button, which you can click to get information like when it was created, name history and see all the ads it has served since day one. If you notice anything suspicious, like a dubious political ad, you can then report it. Facebook says it'll be adding more Page information in the coming weeks.

In addition to these transparency tools, Facebook is also bringing its new political ad disclosures to Brazil ahead of the country's general election in July. The company launched this "Paid for by" tool in May and will make anyone running political ads register their content, which will then be labeled and put into a digital archive that users can search. They'll get details about the ad including budget and audience demographics, such as age, gender and location, among other key information. None of this should come as a surprise, considering the well-documented story of how Facebook was exploited leading up to the 2016 US Presidential election, when 10 million people saw Russian-sponsored political ads.

Sheryl Sandberg, Facebook's chief operating officer, said that the company has realized it underinvested in being more transparent, after its site was exploited by bad actors looking to interfere in elections in the US and other parts of the world. She said that, for the past 10-12 years, Facebook was mostly focused on on building social experiences, but now the goal is to work on better transparency across the board. Not just when it comes to ads on Facebook, but also by sharing numbers on diversity and other important matters like response rate to government requests. "What transparency does is hold us accountable," Sandberg told a group of reporters on Thursday.

Of course, Facebook isn't the only social media giant trying to accomplish this. Earlier today, Twitter announced its Ad Transparency Center, which shows users who pays for ads on the site and lets them search it for anyone who's distributing paid content, political or otherwise. For Facebook, Sandberg said the view active ads and more info on Pages tools are just the latest steps it's taking to let people known exactly what they're being exposed to, and there will be more to come in the near future.

In this article: ad, ads, advertising, business, facebook, facebookpages, gear, internet, pages, politicalads, politics, services, social, socialmedia, socialnetwork, socialnetworking, viewads
All products recommended by Engadget are selected by our editorial team, independent of our parent company. Some of our stories include affiliate links. If you buy something through one of these links, we may earn an affiliate commission.