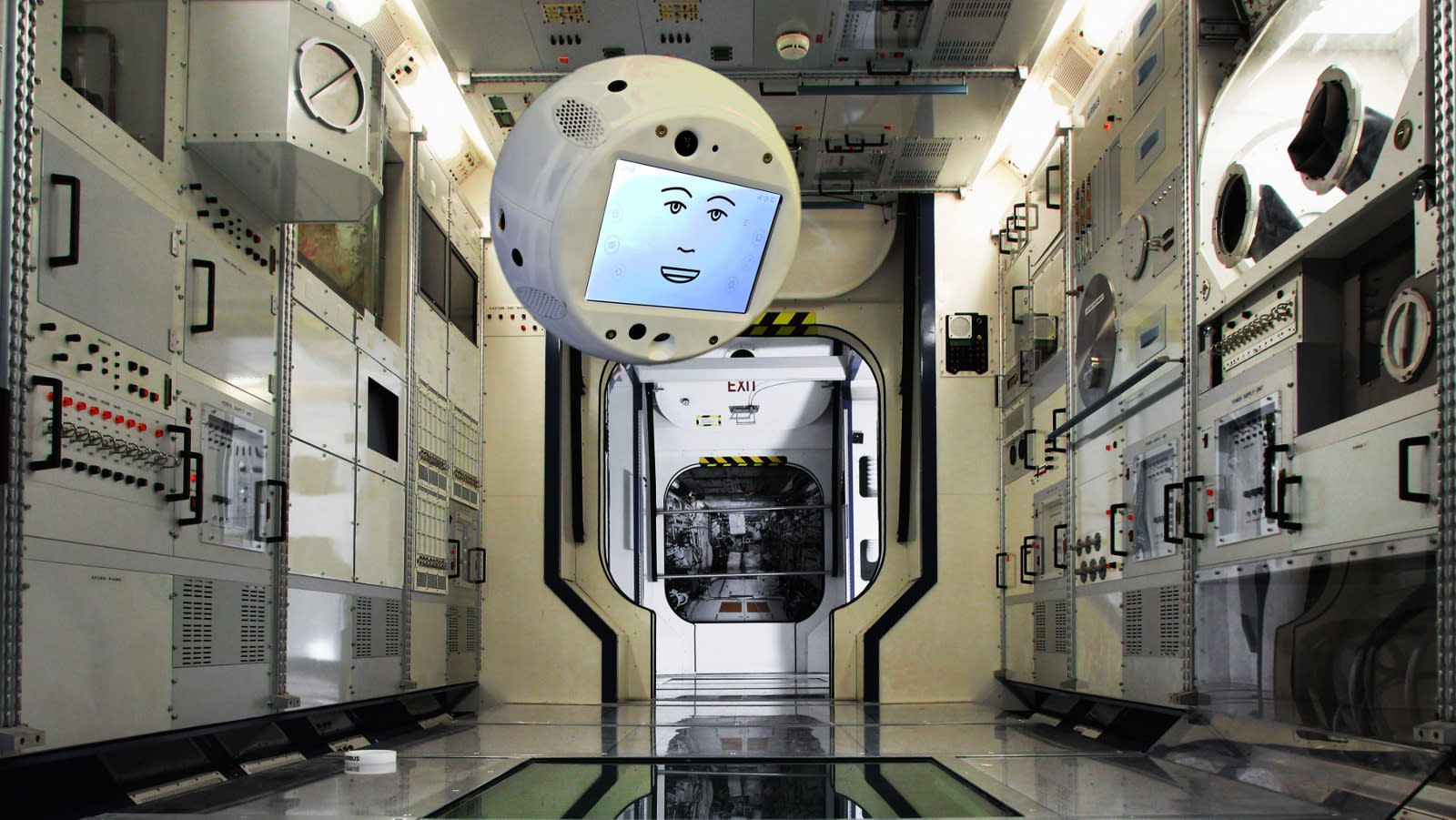 A curious robot is heading to the ISS aboard the next SpaceX resupply mission. It's shaped like a ball with a flattened surface where its face is drawn on a screen -- plus, it can speak, respond to spoken commands and fly. The machine called CIMON, which is short for Crew Interactive Mobile Companion, is pretty much a flying IBM-developed brain with a body and flight mechanism created by Airbus. It's the companies' joint project with the German Aerospace Center and was created to be a hands-free assistant that can make astronauts' tasks easier.

It was designed to display repair instructions on screen with just a voice command to keep an astronaut's hands free to fix what needs to be fixed, for instance. CIMON will also be able to display procedures for experiments and pretty much serve as the space station's autonomous, voice-controlled database. Before it can do everything it was created for, though, it has to be able to pass a few tests after it arrives on the ISS.

German astronaut Alexander Gerst will use CIMON for experiments with crystals and a Rubik's cube, as well as to conduct a medical experiment where it will serve as a flying camera. IBM actually trained CIMON's AI using Gerst's voice, and the current version of the robot responds to his commands specifically. It will help space agencies around the world figure out whether AI support is feasible or even advisable for future use on long-duration missions.

The used Falcon 9 rocket carrying CIMON and the astronauts' supplies and new scientific instruments could be blasting off very soon. It's scheduled to launch today, June 29th, at 5:42 AM EDT unless it gets scrubbed due to weather conditions or other concerns.

Update: SpaceX 15's launch was a success, and CIMON is now on its way to astronaut assistant training.

In this article: airbus, gear, GermanAerospaceCenter, GermanSpaceAgency, ibm, ISS, space, spacex, TL18ROBO
All products recommended by Engadget are selected by our editorial team, independent of our parent company. Some of our stories include affiliate links. If you buy something through one of these links, we may earn an affiliate commission.