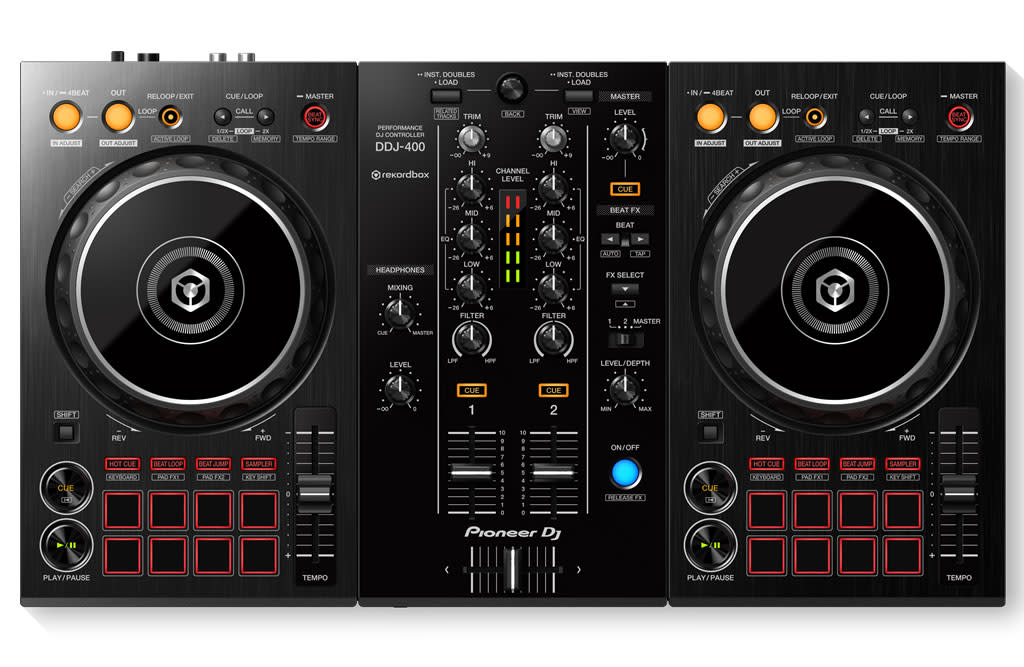 DJ'ng, like playing guitar, is one of those things that looks simple until you actually try it yourself. To help make your two-turntable-and-a-microphone dreams a reality, Pioneer DJ will release another low-cost controller very soon, but this time it's one that'll teach you the basics of mixing and beat matching. The DDJ-400 will set you back $249, and it comes with a free license for Pioneer's RekordBox software. That last bit is key to you want to learn how to spin. "Even if you're a complete beginner, you can learn how to DJ," Pioneer boasts.

Part of that comes from the updated software suite's track suggestion feature that'll scan your music library and sort it by era, mood or association (common artists and record labels, for example). The software will also teach you how to use your new controller with step-by-step instructions that cover basic equipment operation, Pioneer says.

And from the looks of it, the controller doesn't resemble a $250 toy, either. Rather, it appears to be a tweaked version of Pioneer's $250 DDJ-RB. Pioneer designed the DDJ-400 with the same layout and knob placement as its professional gear like the DJM--900NXS2. Pioneer says you can use the trim and EQ knobs, and the headphone cue buttons, in "exactly the same way" as you would the 900NXS2. Meaning, it should be an easy transition from the starter kit to better gear, once your skills progress.

If you're feeling social beyond just spinning at your friend's house party, you can upload mixes to KUVO, Mixcloud and YouTube, replete with timestamps.

Maybe best of all (aside from the price) is its size. The DDJ-400 weighs under five pounds (2.1Kg; 4.6 pounds) and its carrying handles should make it easy to schlep from one location to another. Pair it with a new Macbook Pro and you've got an entire DJ setup that weighs well under 10 pounds. The DDJ-400 goes on sale this month, according to Fact Mag.

It's hard to find fault here. The controller is priced low enough that it's in impulse-buy territory, and if the software is as easy to use as Pioneer says it is, that's even better, because it more or less democratizes the art-form. It's a smart business move by Pioneer as well: the company might take a loss on the entry-level hardware, but it's a gateway to people buying professional gear like the $2,199 DJM--900NXS2.

In this article: art, av, ddj400, djcontroller, gadgetry, gadgets, gear, pioneer, pioneerdj, rekordbox
All products recommended by Engadget are selected by our editorial team, independent of our parent company. Some of our stories include affiliate links. If you buy something through one of these links, we may earn an affiliate commission.