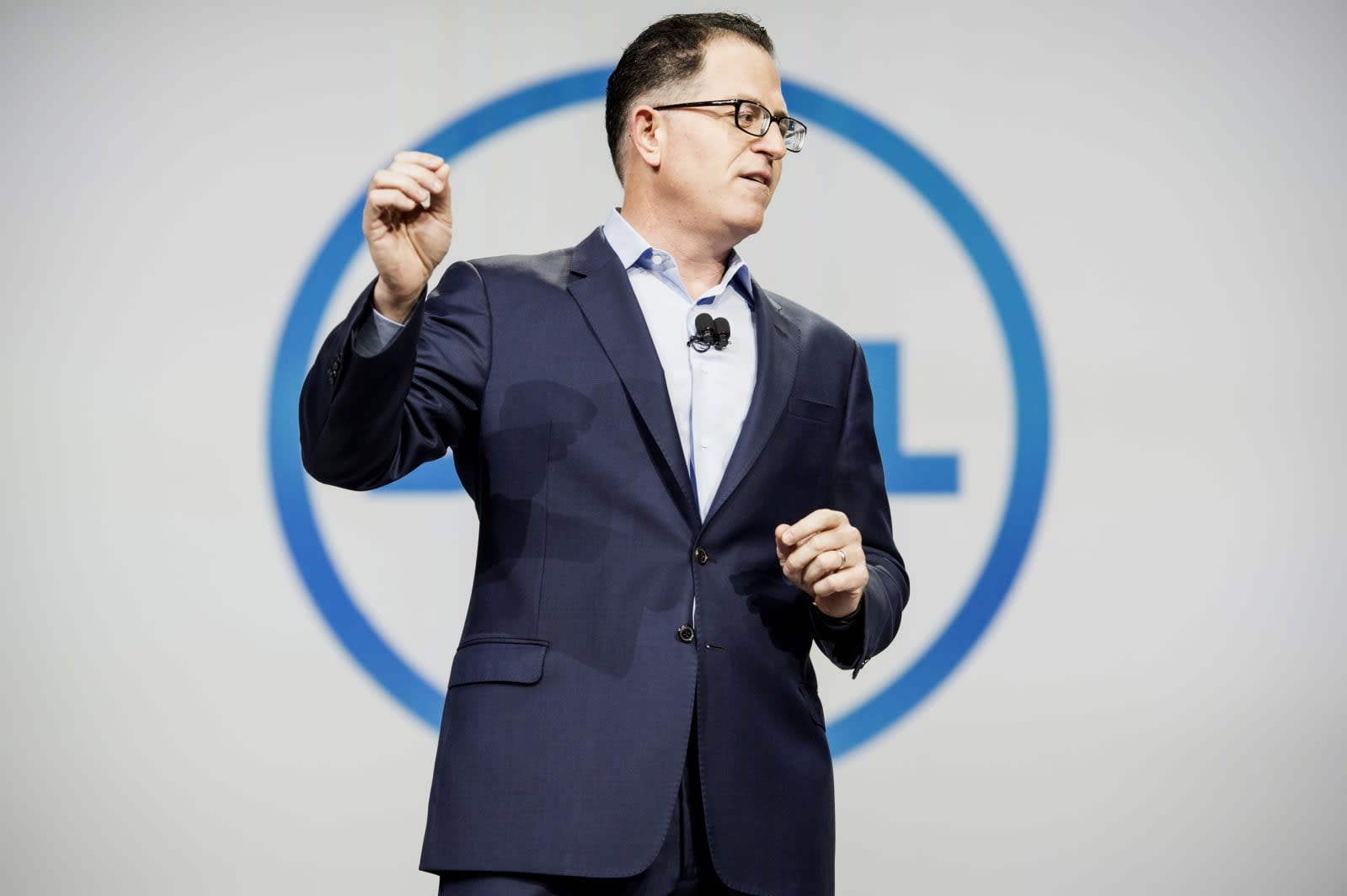 Dell went private back in 2013 to reorganize without quite so much external pressure to perform. Now, however, it's ready to go public once again. The company has unveiled a plan to buy its own tracking stock in a $21.7 billion deal that, in exchange, will offer a "new class" of public stock on the NYSE. The move won't change Dell's control over VMware (which it took when it bought EMC), but it could help Dell pay off its debt at a faster rate than it has so far.

If you ask the company, the timing is right. It touts "strong positive momentum" between a large growth in revenue (up 19 percent year-over-year in the last quarter) and greatly reduced losses. It has also paid off $13 billion in debt from the EMC pact so far. The company is clearly hoping that public investors will share that budding optimism.

Dell had been exploring any number of options for going public, including reports of an unusual reverse merger where it would have sold itself to VMware. The company acknowledged these in one of its news releases, pointing out that it had considered a "negotiated business combination" with VMware in addition to an IPO and the share exchange you're seeing now.

It's safe to say that a lot has changed for Dell in five years. While its signature PC business is still very much intact, it has considerably more to offer to the business crowd between EMC, VMware and other services. Dell isn't as fragile as it was back in 2013, which is no doubt a relief to Microsoft -- it loaned Dell $2 billion to protect the "long term success of the entire PC ecosystem," and that cash commitment appears to have paid off.

In this article: business, computer, dell, delltechnologies, gear, ipo, pc, personal computing, personalcomputing, silverlake, SilverLakePartners, stock, vmware
All products recommended by Engadget are selected by our editorial team, independent of our parent company. Some of our stories include affiliate links. If you buy something through one of these links, we may earn an affiliate commission.