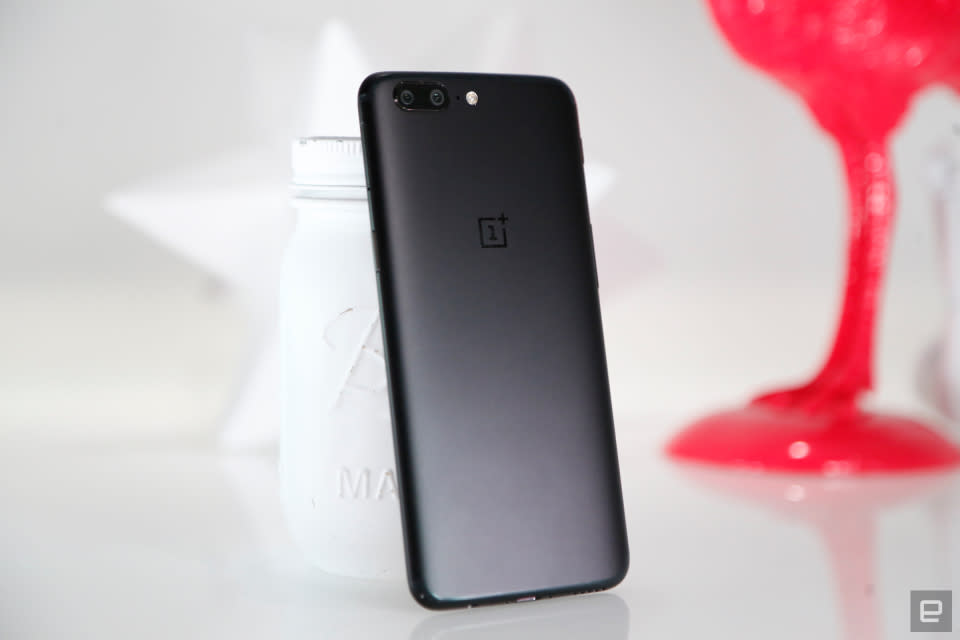 Broken promises aren't usually a good thing. Unless, of course, you're talking about OnePlus' confirmation that its OnePlus 5 and OnePlus 5T models would not be receiving support for Google's Project Treble -- an initiative which gives developers the power to bring software updates to Android users more quickly and easily. In a pleasant turnaround, the OnePlus 5 and 5T have joined the growing list of devices that do support Treble.

Treble support will be rolling out in OnePlus' latest OxygenOS open beta, which has launched simultaneously for both phone models. A tweaked UI, improved weather app, and the ability to accent colors via a customization wheel are also listed in the complete changelog.

Beyond Android Oreo's debut, it's been up to a manufacturer's discretion whether or not a phone that was upgrading to Oreo would be Treble compatible -- there is more work involved, after all. Apart from the OnePlus 5 and 5T, around 20 other smartphones including the Huawei P10/P10 Plus and LG's V30 have made the jump. OnePlus originally said it was skipping on Treble because it requires a storage partition, and since all OnePlus devices lack the necessary partition, there was a chance they'd brick.

Treble is credited as the reason behind why phones like the Xperia XZ2 and Xiaomi's Mi Mix 2S have beta access to Android P, which is a good sign for OnePlus's 5 and 5T too. In the meantime, you can get the newest open beta builds (OpenBeta 13 for OnePlus 5, OpenBeta 11 for OnePlus 5T) here. OnePlus' latest phone, the OnePlus 6, already supports Project Treble.

In this article: android, gear, mobile, oneplus, oneplus5, projecttreble, treble
All products recommended by Engadget are selected by our editorial team, independent of our parent company. Some of our stories include affiliate links. If you buy something through one of these links, we may earn an affiliate commission.