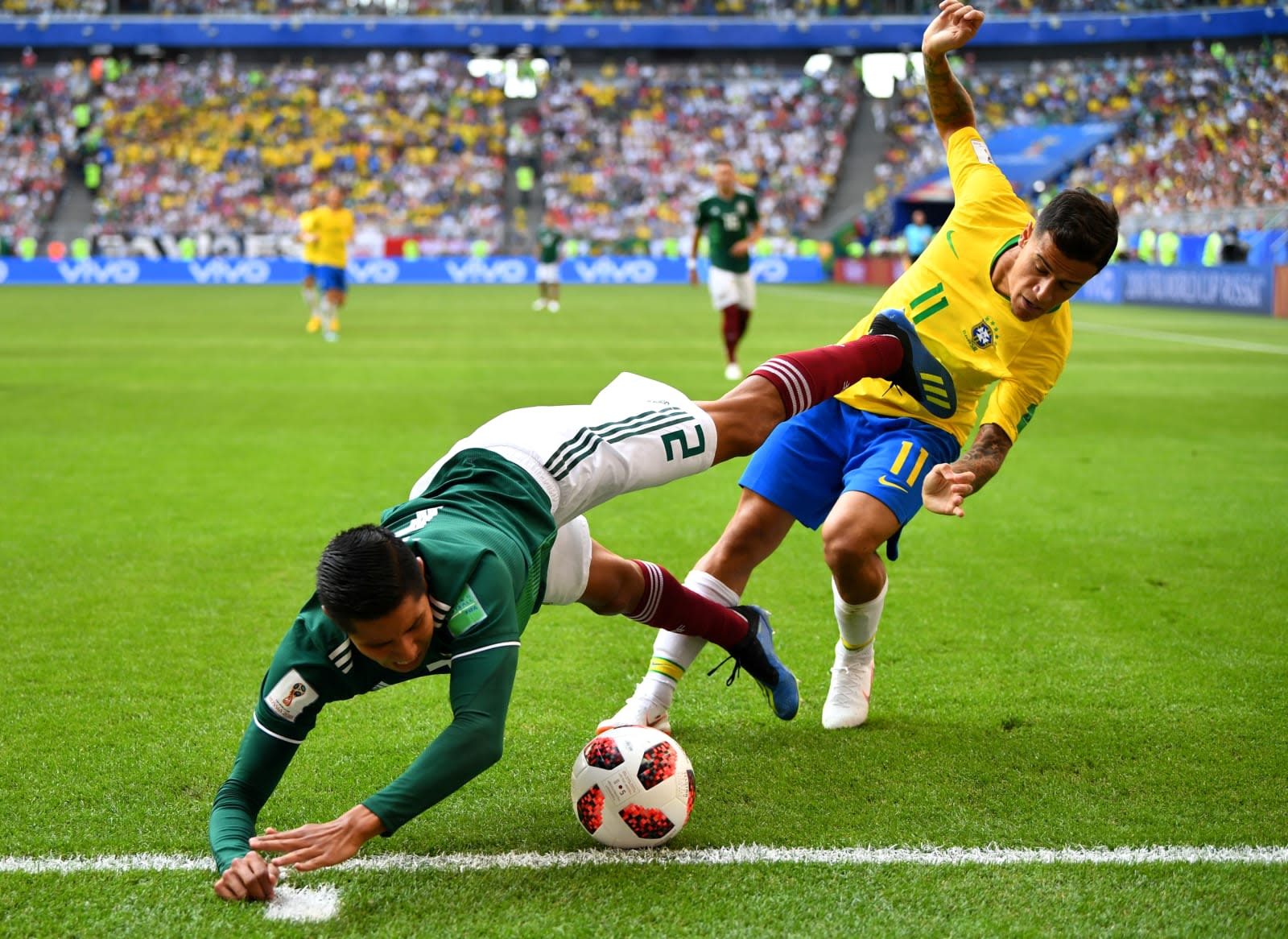 Fox Sports has done a lot of work to deliver live streaming coverage of the World Cup in Russia, but it seems to be paying off. The network announced that the Brazil-Mexico match was its top authenticated streaming event ever with 1.4 million unique visitors, and that Monday was its best all-time streaming day with 2 million viewers. That trumps its previous all-time high of 1.8 million unique visitors set just a week ago on June 27th.

On regular TV, 4,181,000 Fox viewers, peaking at 5,373,000, saw Mexico play Brazil, according to Nielsen -- numbers that are pretty great for not-exactly-soccer-mad America (though half of what Telemundo did). Soccer also drove more than half (55 percent) of Fox's 632 million streaming views for all sports in June. That means, despite a lot of hand-wringing when the US was eliminated from World Cup qualifying, the $200 million Fox spent to get the 2018 World Cup rights now seems like a wise bet.

In this article: Audience, av, entertainment, Fox, record, Soccer, Streaming, WorldCup
All products recommended by Engadget are selected by our editorial team, independent of our parent company. Some of our stories include affiliate links. If you buy something through one of these links, we may earn an affiliate commission.