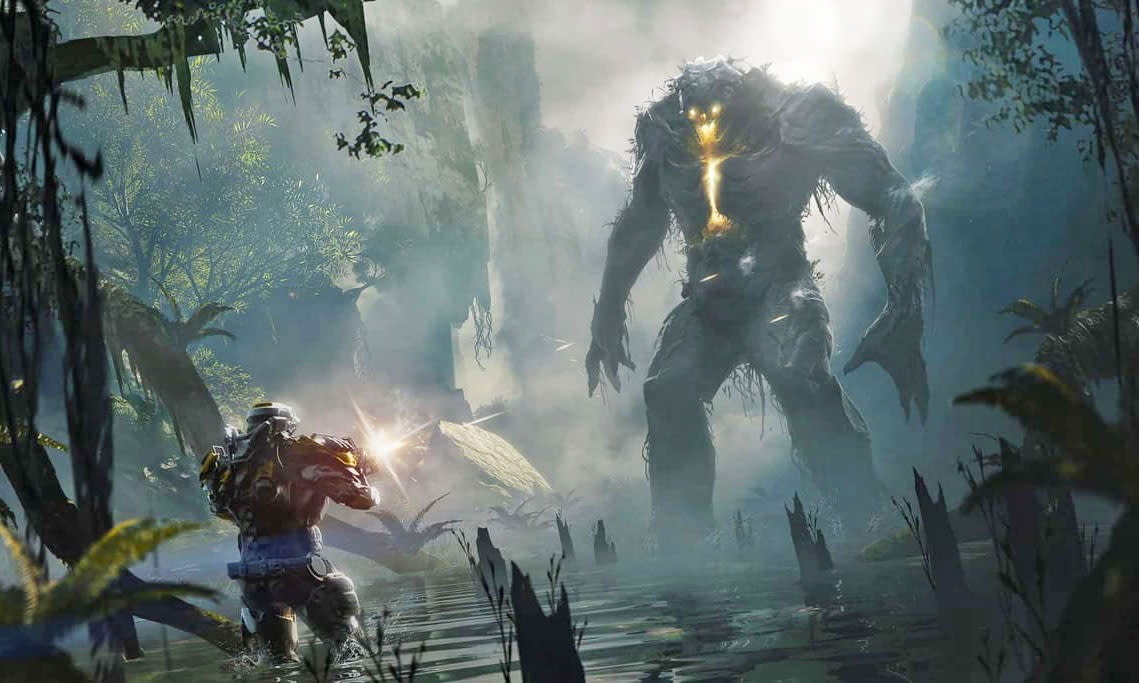 Open-world action RPG Anthem is finally set to arrive in February on PS4, PC and Xbox One. Bioware is getting gamers pumped by releasing a video of the gameplay demo it showcased at E3, including almost 20 minutes of footage. Better yet, the video is in 4K resolution, so you can see just how rich those visuals are.

The footage shows four Freelancers (the game's playable characters) taking on a mission with a Bioware producer narrating. It highlights Anthem's combat, teamwork and flight in the Javelin exosuits, along with gameplay aspects such as cooling down jetpacks by flying through a waterfall and delving into secret underwater caverns. There's a boss fight too, which gives the Freelancer whose perspective we're watching a chance to show off her devastating ultimate attack.

In this article: anthem, av, bioware, demo, gameplay, gameplayfootage, gaming
All products recommended by Engadget are selected by our editorial team, independent of our parent company. Some of our stories include affiliate links. If you buy something through one of these links, we may earn an affiliate commission.