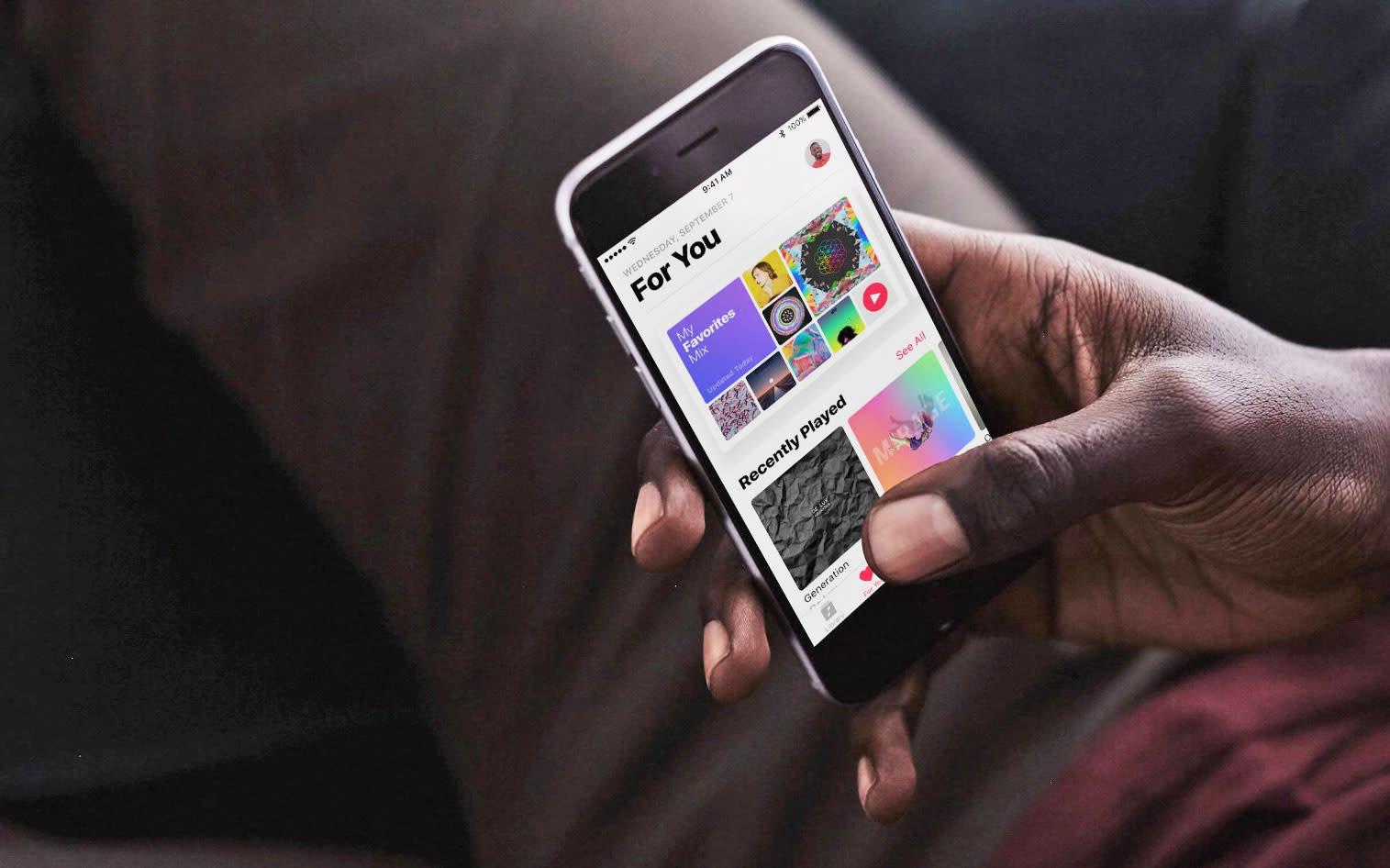 Thanks to a Wall Street Journal report in February, we knew Apple Music was poised to overtake Spotify in terms of US subscribers this summer. Well, it reportedly has happened. According to sources from Digital Music News, Apple's streaming service now has more than 20 million paying users in the States. The report claims that Spotify also has in excess of 20 million paying customers in the US, but Apple is now in the lead. DBN didn't mention specific numbers, but says its source is a "US-based, major [music] distributor."

Spotify still leads outside of the US, tallying 75 million subscribers as part of its first earnings report in May. However, considering the company filed to go public in the US in April, reports that its primary competition there has made up what was once a massive lead won't be welcome news, especially to investors. But subscriber numbers may not be the only place Spotify is lagging behind Apple.

A recent report from Music Business Worldwide offered a deep dive on the early stats both service released on Drake's Scorpion. In the first day, Spotify notched 132.4 million streams globally while Apple Music counted 170 million. As MBW notes, there are a number of factors that could've contributed to this, including the fact the album appeared on Apple Music right at midnight while it wasn't available on Spotify until a couple hours later. However, this comparison also indicates Apple Music is more popular in the US than Spotify. And when it comes to one of biggest -- if not the biggest -- release of the year, that's a problem for a company trying to prove its profitability.

Earnings season is coming again soon, so we'll probably get some exact numbers to compare then -- if not before.

In this article: applemusic, audio, av, business, entertainment, gear, internet, musicstreaming, spotify, streaming
All products recommended by Engadget are selected by our editorial team, independent of our parent company. Some of our stories include affiliate links. If you buy something through one of these links, we may earn an affiliate commission.