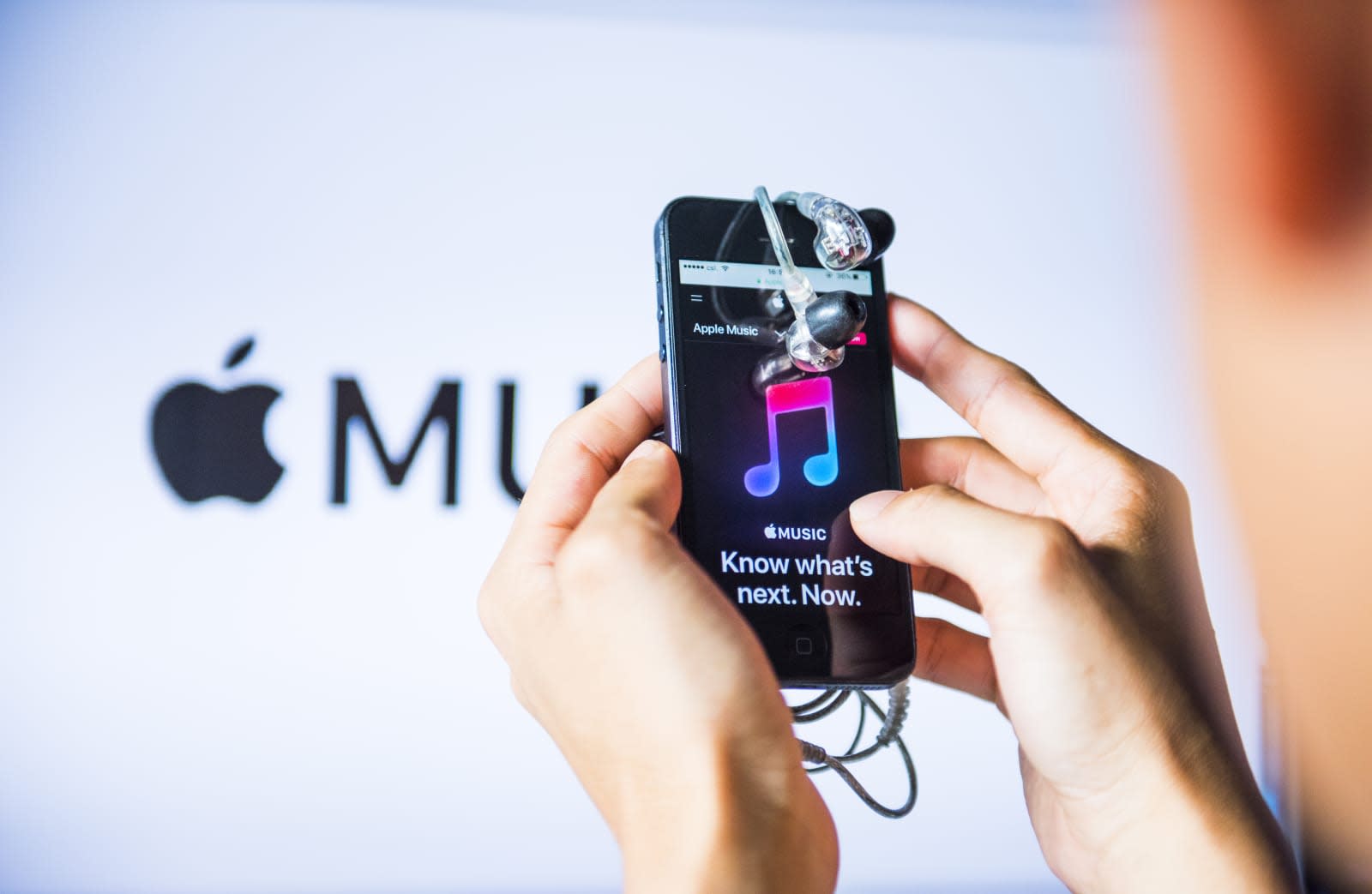 Spotify's lead in paid music streaming might not be as impregnable as it looks. The Wall Street Journal has obtained industry figures suggesting that Apple Music is growing faster than Spotify in the US, adding 5 percent to its base every month versus 'just' 2 percent for Spotify. If that rate continues, Apple could surpass its rival in the country during the summer. There are other numbers to suggest Apple is catching up, for that matter.

It won't shock you to hear that Apple Music has "three to four times" more trial subscribers than Spotify, since that's the only way to listen before you subscribe -- there's no parallel to Spotify's free, ad-supported offering. Spotify's lead is much smaller once you omit trials, however. And as the WSJ points out, those who fully intend to pay for Apple Music still have to go through the trial period like everyone else. The trials mask the true growth rates in that regard.

There's no specific explanation for the faster growth rate, but it could easily stem from Apple's dominance on its home turf. It not only has the largest slice of the American smartphone market (44.8 percent in November, according to Comscore), but a familiarity and marketing juggernaut that are difficult to match for a much smaller company like Spotify. When people are both more likely to buy iPhones and more likely to see ads for Apple Music, subscription rates are bound to go up. The abundance of exclusives certainly doesn't hurt.

Spotify still has the lead in many respects, especially outside the US. It has 70 million paying customers versus Apple's 36 million (just announced to the WSJ), but its total user base is believed to be much larger. It was 140 million as of June 2017, and that number has likely gone up. Spotify's influence is also considerably stronger in other parts of the world, where Android holds a clear majority and the service itself has been around for longer (the UK has had Spotify since 2009, for example). Even so, it's easy to imagine Spotify's team feeling nervous if it ends up losing the lead in an important country.

In this article: apple, applemusic, gear, internet, music, services, spotify, streaming, us
All products recommended by Engadget are selected by our editorial team, independent of our parent company. Some of our stories include affiliate links. If you buy something through one of these links, we may earn an affiliate commission.