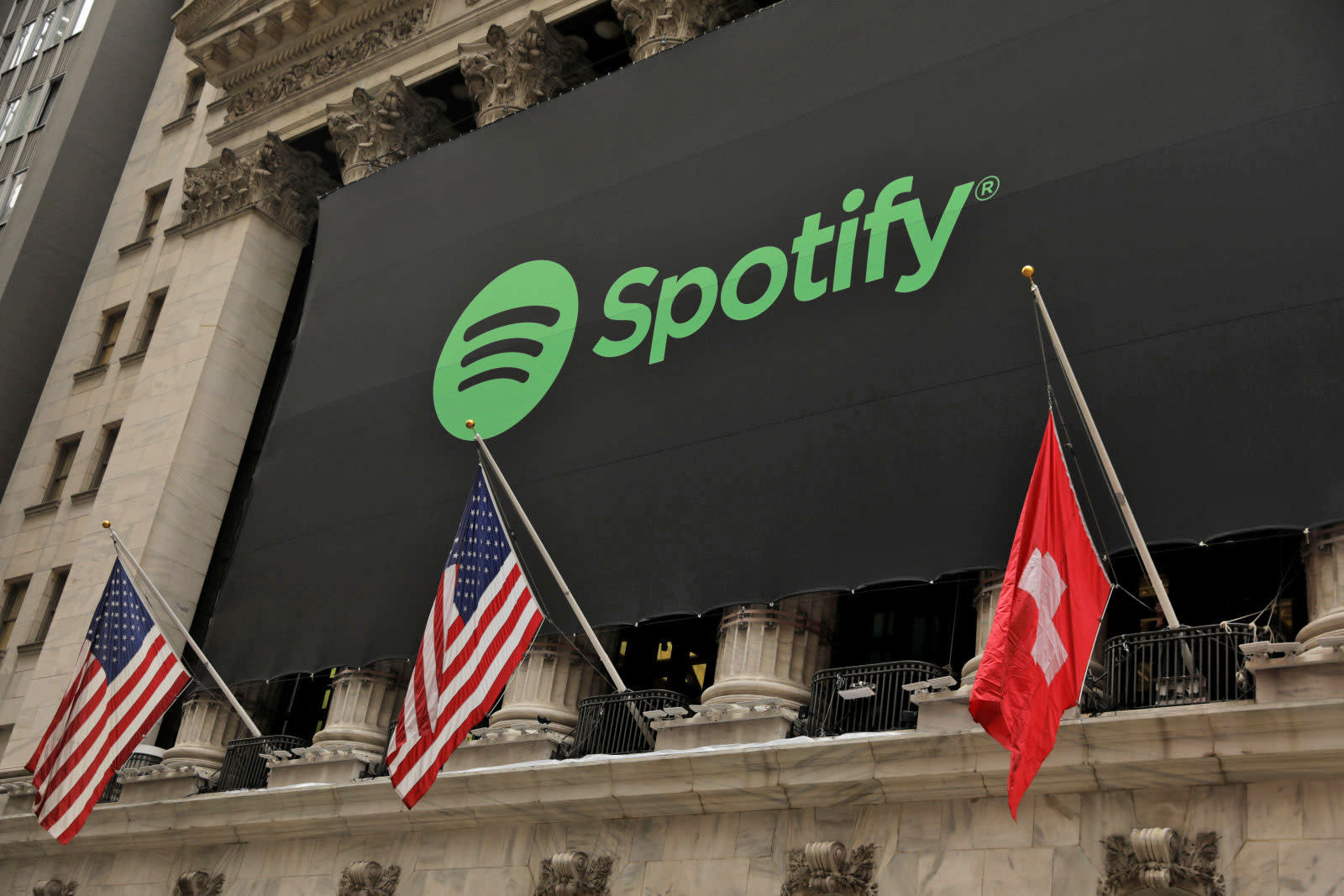 Spotify made its New York Stock Exchange debut last month, and today the streaming service announced its first earning report as a public company. As part of its pre-filing paperwork, we already knew the company had amassed 170 million monthly users, but as of now Spotify touts 75 million paid subscribers. That's up from 71 million earlier this year. For comparison, Apple Music recently hit the 40-million mark, though recent reports indicate Apple may catch Spotify by the end of the year.

Despite a growing subscriber base, one that Spotify says could hit 96 million by year's end, the company is still spending more than it's taking in. For Q1 2018, Spotify's operating loss was down from Q4 2017 (€41 million down from €87 million). Even as it continues to work on closing that gap, the challenge will likely get tougher. The music industry is so reliant on streaming now that when it comes time to renew licensing deals, the stakes will likely be higher (and pricier) for both sides. Of course, a business model where the rights to the content aren't owned by the company isn't exactly the most solid investment, so Spotify will need to prove it's worth the risk.

Spotify's recently announced revamp for free users added more personalization to the ad-supported tier. While that may not go far in terms of converting free listeners to paid ones, the company is banking on things like new markets, partnerships and things like its bundle offer with Hulu to help lure even more paying customers. Spotify plans to enter new markets in 2018, which should translate to an increase in both free and paid users. The service is currently available in 65 countries and territories, which includes its first entry into Africa when it went live in South Africa in March.

On an investor call following the earnings report, the company said it isn't concerned with Apple Music's projected growth. Instead, Spotify sees room for multiple services in a growing market and doesn't expect any issues with Apple's streaming option cutting into its subscriber base or making up a ton of ground. The company also said that it's continuing to add more podcasts and other spoken-word content, padding its non-music catalog.

In this article: av, business, earnings, entertainment, music, spotify, streaming
All products recommended by Engadget are selected by our editorial team, independent of our parent company. Some of our stories include affiliate links. If you buy something through one of these links, we may earn an affiliate commission.