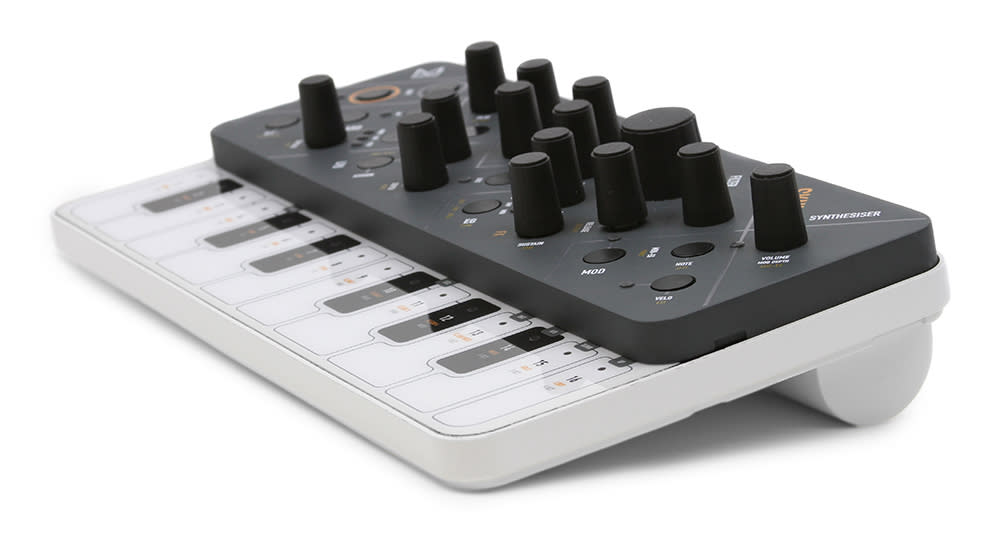 Ultraportable, inexpensive synthesizers are everywhere these days, including solid entries from Korg, Roland and IK Multimedia. Now, UK-based Modal Electronics (makers of high-end boutique synths) is looking to enter the category with a new under-$300 synth called SKULPT, which is set to go live on KickStarter July 13th.

The tiny SKULPT is a 4-voice polyphonic virtual analog synthesizer equipped with eight oscillators (per voice) and two waveforms that produce a wide variety of sounds. It has a host of control, too, with modes for monophonic, duophonic and polyphonic sounds, an eight-slot modulation matric, three envelope generators and two audio rate LFOs. There's also a realtime sequencer that can record up to 128 notes with four parameters, an arpeggiator with octave, swing and sustain controls and a ton of filters and effects to tweak the resulting music. It's got MIDI in and out, room to store 128 patches and 64 sequences and is powered either by USB or six AA batteries. The keyboard is touch-sensitive, which might make it a bit tough for players used to physical keys, but it is likely much less likely to break than a standard synth.

In this article: av, gear, modalelectronics, music, polyphonic, SKULPT, small, synth, video
All products recommended by Engadget are selected by our editorial team, independent of our parent company. Some of our stories include affiliate links. If you buy something through one of these links, we may earn an affiliate commission.