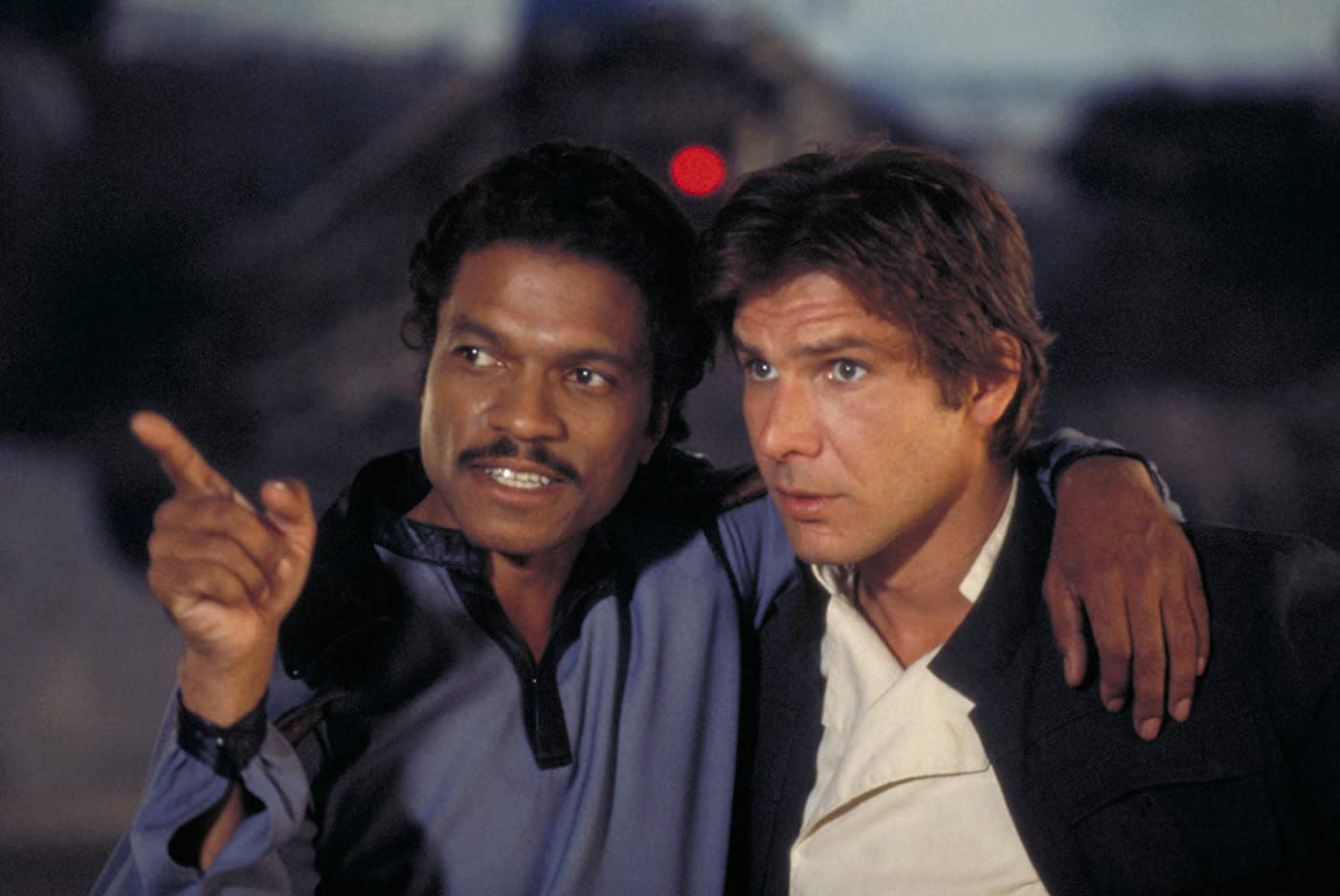 Donald Glover might have done a bang-up job as Lando Calrissian, but we're sure fans would still love to see the character's original actor again. According to The Hollywood Reporter, that's exactly what's happening in Episode IX. Billy Dee Williams is reportedly reprising his role as the slick, cape-loving smuggler in the main Star Wars movies' next installment. The last time Williams portrayed Calrissian on the big screen was in Return of the Jedi back in 1983, though he's voiced the character in cartoon series and video games since then.

Williams apparently backed out of attending a sci-fi/pop culture convention due to a filming conflict, igniting rumors that he's going to be part of the next Star Wars installment. The movie, led by JJ Abrams, will start production this summer and will also reportedly feature Keri Russell (Felicity) in addition to stars Daisy Ridley, John Boyega, Oscar Isaac and Adam Driver. It's not scheduled to head to the theaters until December 2019, though, so we'll have to wait quite a while to see Williams as the suave gambler again.

In this article: art, billydeewilliams, calrissian, entertainment, episodeix, LandoCalrissian, starwars
All products recommended by Engadget are selected by our editorial team, independent of our parent company. Some of our stories include affiliate links. If you buy something through one of these links, we may earn an affiliate commission.