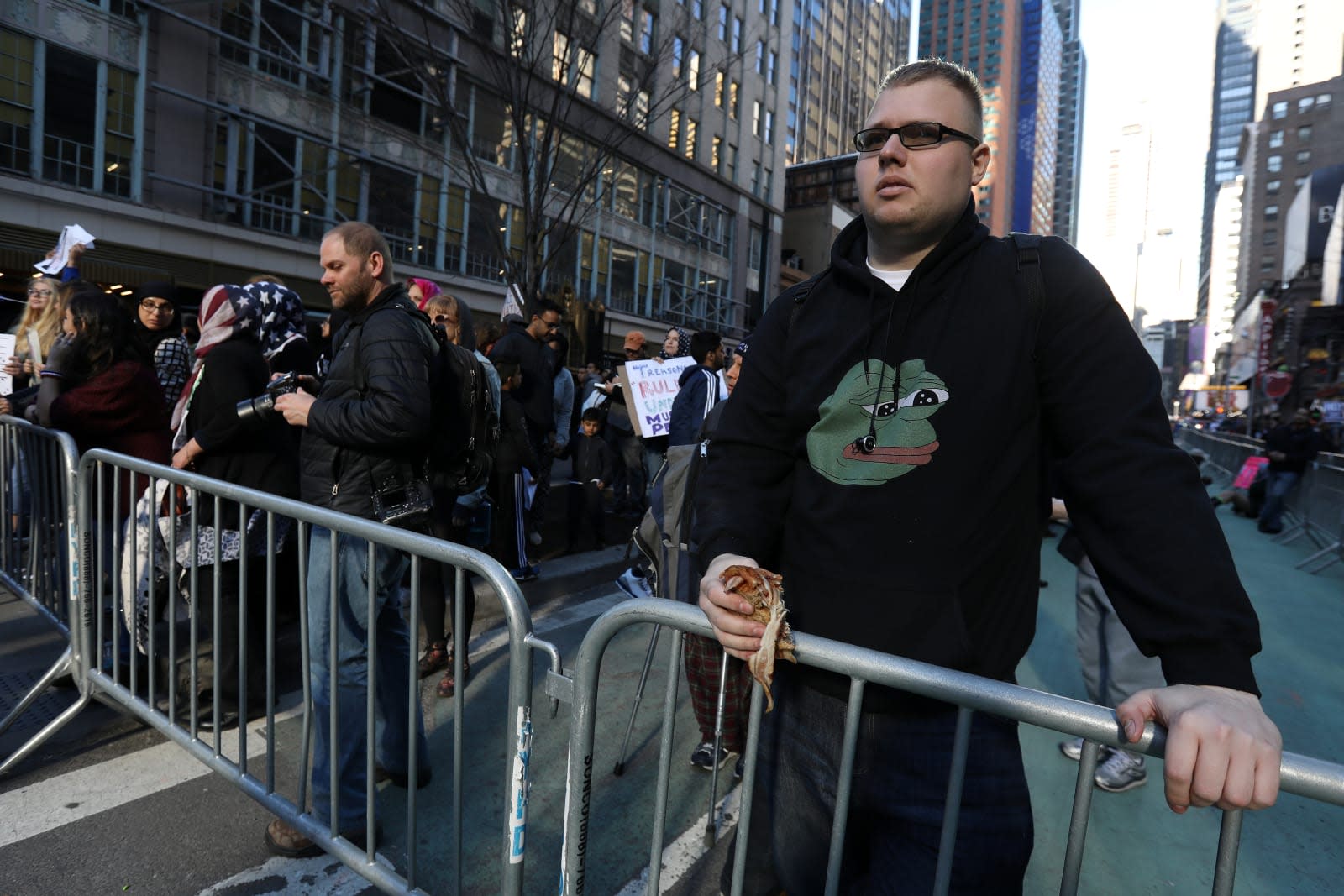 Pepe the Frog creator Matt Furie is enjoying more success in his copyright-based campaign to stop the "alt-right" from dragging his cartoon character's name through the dirt. Motherboard has learned that Furie's attorneys (Wilmer Cutler Pickering Hale and Dorr) used a Digital Millennium Copyright Act notice to force neo-Nazi website Daily Stormer to remove most instances of Pepe from its pages. The challenge wasn't so much getting the site to comply as having a stable target, according to the lawyers.

As you may have heard, Daily Stormer has had only an erratic presence ever since the deadly Charlottesville rally prompted hosts to give it the boot. The site may only be up for a brief amount of time before it's forced to find new hosts, and it tends to "reorganize" when it does land, attorney Louis Tompros said. There wasn't a guarantee that the law firm could get in touch, let alone that the material would be in the same place.

Furie and crew aren't about to rest. There's a looming lawsuit against the conspiracy peddling site Infowars, and third-party Amazon sellers with Pepe bootlegs tend to pop up just as soon as others are removed. However, this latest move suggests that Furie is ultimately prevailing -- even if the DMCA he's using has drawn plenty of criticism in other situations.

In this article: alt-right, copyright, dailystormer, dmca, gear, internet, mattfurie, neo-nazi, pepe, pepethefrog, racism
All products recommended by Engadget are selected by our editorial team, independent of our parent company. Some of our stories include affiliate links. If you buy something through one of these links, we may earn an affiliate commission.