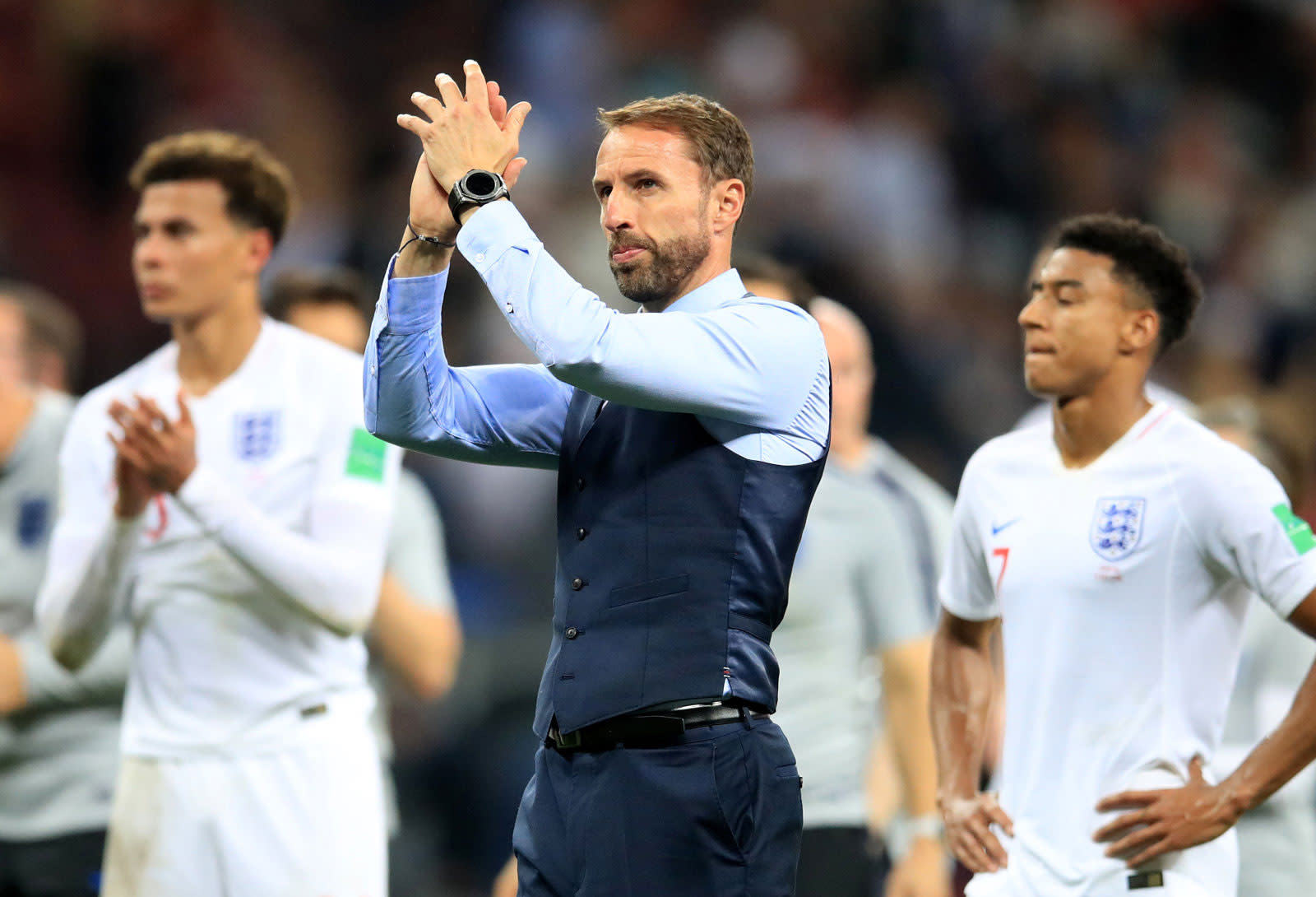 Like a lot of England fans, I have a complicated relationship with our national football team. Nobody fetishizes a noble failure like, or hold a grudge for anyone deemed too successful, like we do. Tournament football is therefore an exercise in violent cognitive dissonance as we try to cultivate a sense of hope for the men's team. Except this time, it wasn't that painful at all, and watching this World Cup has actually been fun, and it's all thanks to Social Media.

That's a big claim, especially from someone who is almost constantly moaning about Twitter and Facebook's pernicious effects on society. But they helped hook me in to a tournament that I'd intended to ignore, and helped me fall back in love with the team. Social media can be just what you need to create a collective sense of joy that's often missing these days.

A lot of English folks weren't too excited for this year's tournament. Expectations were in the basement. The manager was something of a joke, and the squad was the second youngest in terms of average age. Recent history, too, wasn't great: early exits at the 2010 and 2014 World Cups, and a humiliating defeat in the 2016 European Championships. In 2010, streets and cars were decked with flags, every third house flying one from a window. By 2018, there were barely a handful. None of us believed.

As the games started, so did the tweets, each one as if you were listening to someone else enjoy the game from the other side of a wall. Their energy and passion grew increasingly infectious, and I was properly invested when South Korea played Germany. The updates that followed the first half were fine, but when things got incoherent in the second, I had to tune in.

Soon after, everyone made the same joke:

Football twitter seems a little too smug right now. If only the Germans had a word for taking pleasure from other people's misfortune.

Germany is the bogey team of England's male football team, and with them gone, people suddenly started to believe, even a little. Through social media, the whole nation seemed to conjure an in-joke that everyone was in on. As Football365 rightly said, the embrace of Three Lions wasn't out of some po-faced belief that "England would win this World Cup." Instead, its invocation became our way of "enjoying the journey."

And that we did, with every subsequent game (and as more big-hitters, like Brazil and Spain crashed out of the tournament). There were the memes:

Can everyone please stop tweeting those #Itscominghome music replacement vids and saying "this one's the best" when the Friends one is so clearly the best, followed closely by Shawshank Redemption #ENGSWE pic.twitter.com/y58KPyJtpb

There was even a John Lewis meta-joke that's far too complicated to explain to anyone outside the UK:

I promised that if England got to the semi-finals I would record a John Lewis cover of Three Lions. This is all Gareth Southgate's fault.https://t.co/D0vd4z0ruT

Hell, maybe we did start to believe, just a little.

It's worth saying that England's so-called golden generation (2001-2010) were a hard bunch to love, even if they played for your own club team. The press painted them as a coterie of ego-driven man children with more cash than brain cells. One or two behaved so poorly that there were regular calls for them to be removed from the team.

That wasn't the case here, and in fact, the use of social media has helped to humanize these young players in the eyes of the nation. Jesse Lingard managed to make even the most passionate Manchester United hater love him.

No mum, I'm not coming home. It's... pic.twitter.com/VdFHVoEfTI

Similarly, Kyle Walker created a "Harry Maguire Mansplaining" meme all by himself.

Yeah so a good header doesn't hurt. I mean the moment you head it proper, you feel it's a good one. Know what I mean love? pic.twitter.com/a5b8UqDjv2

... which Maguire instantly played up to:

"Can you ask the neighbours to put the bins out on Monday? We're not going home just yet" 🏴󠁧󠁢󠁥󠁮󠁧󠁿 pic.twitter.com/s1g3P3jj34

The result was the shortening of the gap between the players and the fans, to the point where partisan differences were put aside. In a time when the country, and its government, is sliding into chaos, football and social media helped remind us all of our shared community. For a couple of weeks, we were able to come together as a nation and share a little bit of pride in our representatives on the pitch. It's a good feeling, and we should all carry that optimism and positivity forward.

In this article: England, Facebook, gear, internet, SocialMedia, ThreeLions, Twitter, WorldCup2018
All products recommended by Engadget are selected by our editorial team, independent of our parent company. Some of our stories include affiliate links. If you buy something through one of these links, we may earn an affiliate commission.