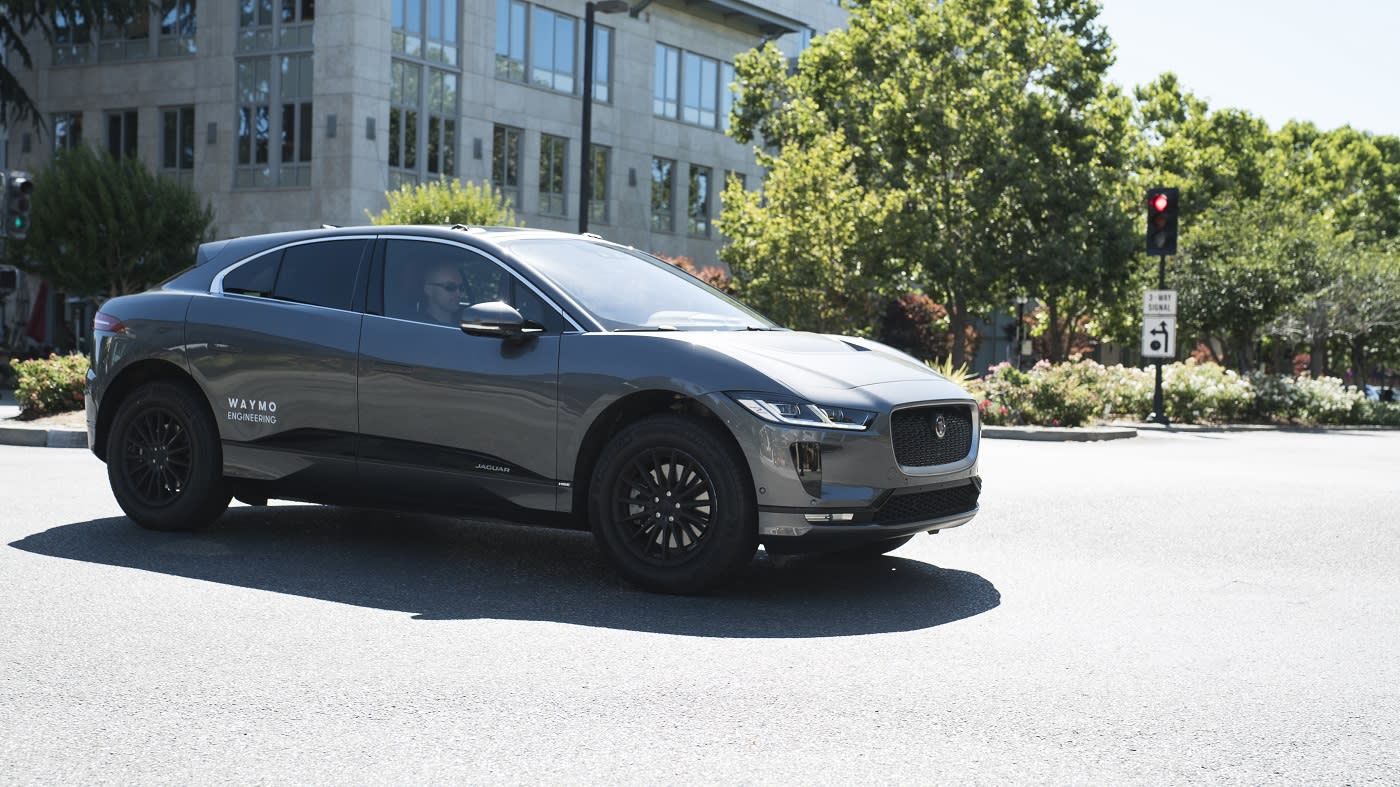 At an event before the New York Auto Show back in March, Waymo unveiled the first luxury vehicle it's adding to its nascent self-driving service's fleet: The new I-Pace, Jaguar Land Rover's answer to Tesla's Model X. The Alphabet company finally got its first handful of prototypes of the electric SUVs, and is testing them on Bay Area streets to gauge their performance for hardware and software design requirements. Eventually, the company will integrate the I-Pace into its forthcoming self-driving service, which is set to debut in 2020.

Waymo projects up to 20,000 I-Paces will be built in the first two years of production, which could serve a potential one million trips every day, according to a press release. The SUVs will be the second vehicle in Waymo's upcoming self-driving service after the Chrysler Pacifica, which will make up the bulk of its nascent fleet after the company ordered 62,000 more of them back in March. After successfully testing the minivans in Arizona, Waymo started trying them out on the streets of Atlanta and San Francisco earlier this year.

In this article: google, ipace, jaguar, JaguarLandRover, services, transportation, waymo
All products recommended by Engadget are selected by our editorial team, independent of our parent company. Some of our stories include affiliate links. If you buy something through one of these links, we may earn an affiliate commission.