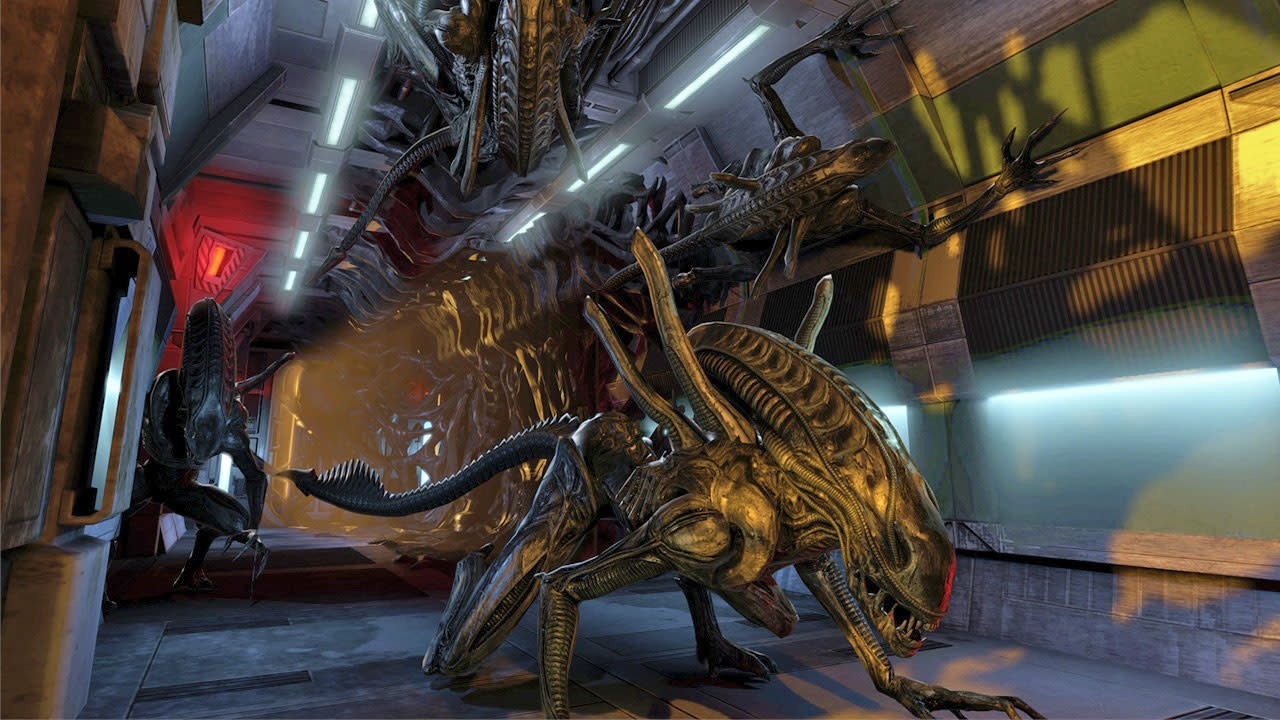 In case you need help selecting an old game to spend the weekend with, it might be a good time to revisit 2013's Aliens: Colonial Marines. In a one-star review written when it was released, Xav de Matos called out the game's AI as a problem and said: "Enemy encounters feature stunningly moronic xenomorphs that show none of the tactical sense seen in the films. There's no tension or challenge to the engagements. The highly intelligent alien race simply leaps or rushes toward the player, exploding in a mist of acidic blood after absorbing enough shots. If any of them fail to combust, they simply fade away."

Why would I recommend a game that only received a one-star review when it was released? Because there's a chance a much better version of the game was hiding within, only to be stymied by, of all things, a single typo.

We've previously highlighted the TemplarGFX ACM "Overhaul" mod that attempted to fix some of the game's more glaring issues, but now posters on the NeoGAF-escapee ResetEra forum point out an update from the modder that could change everything. Late last year James Dickinson revealed that changing an apparent spelling mistake in an INI file from "Teather" to "Tether" creates a huge change in how the alien Xenomorphs track and attack the player throughout the game.

Inside your games config file (My Document\My Games\Aliens Colonial Marines\PecanGame\Config\PecanEngine.ini) is the following line of code :

If you fix it to look like the above and then play the game, the difference is pretty crazy!

Why is this line important? There are two reasons :
1) AttachXenoToTether doesn't do anything. Its basically empty or stripped
2) AttachPawnToTether does ALOT. It controls tactical position adjustment, patrolling and target zoning

When a Xeno is spawned, it is attached to a zone tether. This zone tells the Xeno what area is its fighting space and where different exits are. In Combat, a Xeno will be forced to switch to a new tether (such as one behind you) so as to flank, or disperse so they aren't so grouped up etc. (*disclaimer* this is inferred opinion, I cant see the actual code only bits)

Whenever the game tried to do this, nothing happened. Now it does!

Players have been making efforts to fix the game on their own practically since it was released, while Sega and Gearbox exchanged blame over its various disappointments. We've reached out to the developer Gearbox to find out more about this particular value and if it works as described, but have not received a response yet. Over at PCGamer they gave the tweak a try, and initial tests show the xenomorphs are more aggressive with better tracking.

If this is what it appears to be, it's not even the first time it happened this year -- PCGamesN listed it along with a one-word typo (YEILD instead of YIELD) in Civilization VI files that turned AI opponents into religious fanatics. Firaxis later acknowledged the bug, noting that "i before e" is usually the rule.

If you're willing to pick up the game and give it a shot, the posters noted that Fanatical (fka BundleStars) has the game on sale for $3.

In this article: AliensColonialMarines, gaming, gearbox, GearboxSoftware, personal computing, personalcomputing, sega, video
All products recommended by Engadget are selected by our editorial team, independent of our parent company. Some of our stories include affiliate links. If you buy something through one of these links, we may earn an affiliate commission.