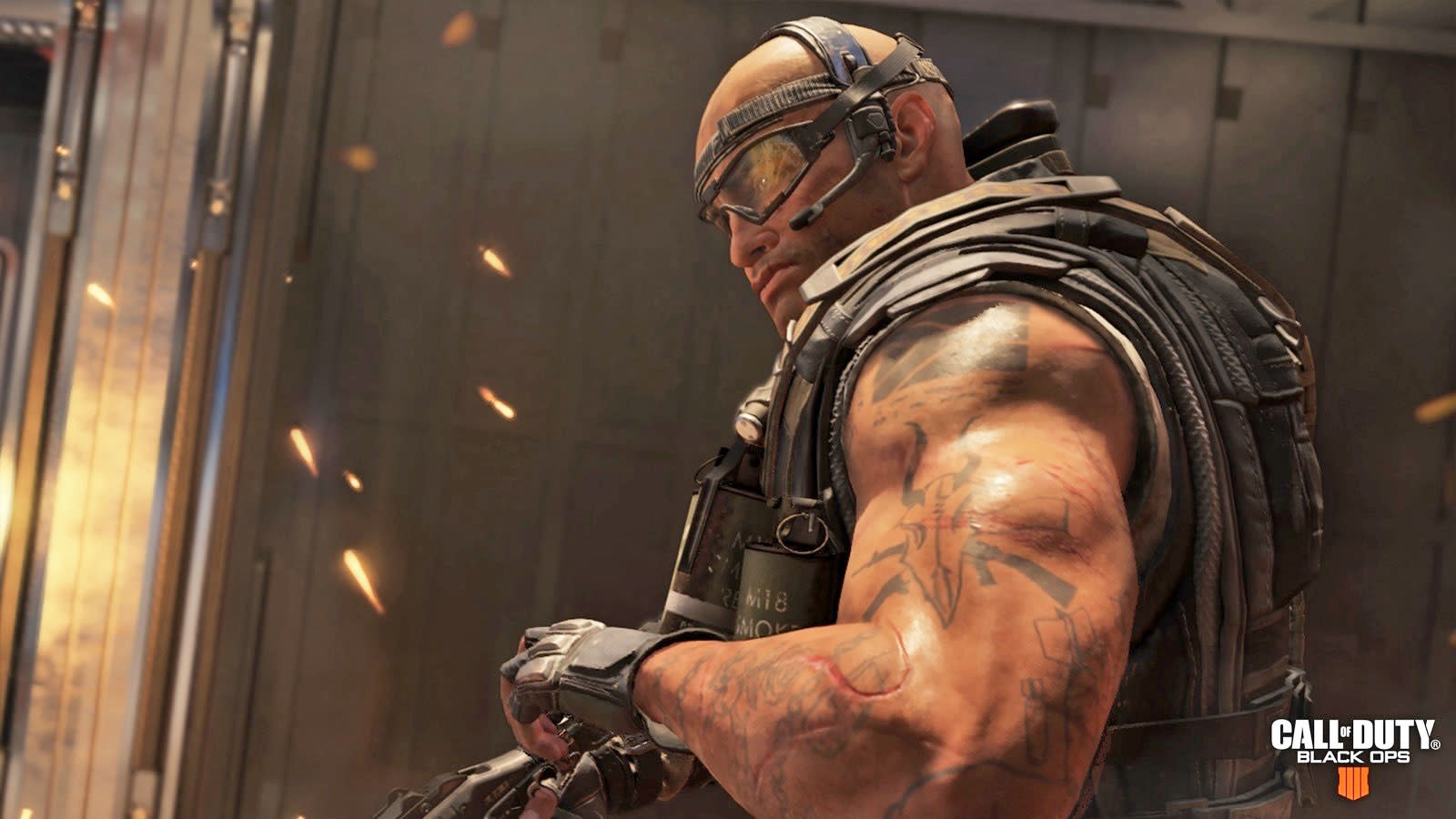 You don't have too long to wait to see how Call of Duty: Black Ops 4 fares as a multiplayer-only game. Activision and Treyarch have outlined the schedule for beta tests, and it's clear that some gamers will have better access than others. The first tests kick off August 3rd at 1PM Eastern, when PS4 pre-orders will have exclusive access until this initial run ends on August 6th at the same time. Xbox One and PC customers will have to wait until August 10th at 1PM Eastern to have their turn, although you won't need a pre-order if you're patient -- an open PC beta starts one day later. This second round of testing ends August 13th at 1PM Eastern.

Whichever platform you'll use, the experience should be the same. There will be six maps on offer, two of which haven't been shown before. It'll include multiple modes, including Domination, Hardpoint, Search & Destroy and vanilla Team Deathmatch. You can expect a mix of new and returning characters as well.

If you're champing at the bit waiting for the Blackout battle royale mode, though, you'll have to be patient. That beta test doesn't start until sometime in September, and it'll initially be available only to PS4 pre-order customers. To put it another way, it'll take some time before you know whether or not Black Ops 4 will give you a good reason to skip rounds of Fortnite or PUBG.

The Call of Duty: #BlackOps4 Multiplayer Beta arrives in early August. The first of two betas dropping this summer, with the Blackout beta coming this September.

In this article: activision, av, beta, blackops4, callofdutyblackops4, games, gaming, multiplayer, personal computing, personalcomputing, ps4, treyarch, videogames, windows, xboxone
All products recommended by Engadget are selected by our editorial team, independent of our parent company. Some of our stories include affiliate links. If you buy something through one of these links, we may earn an affiliate commission.